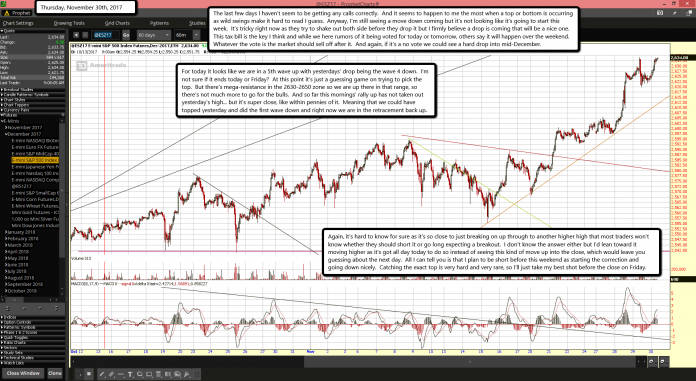 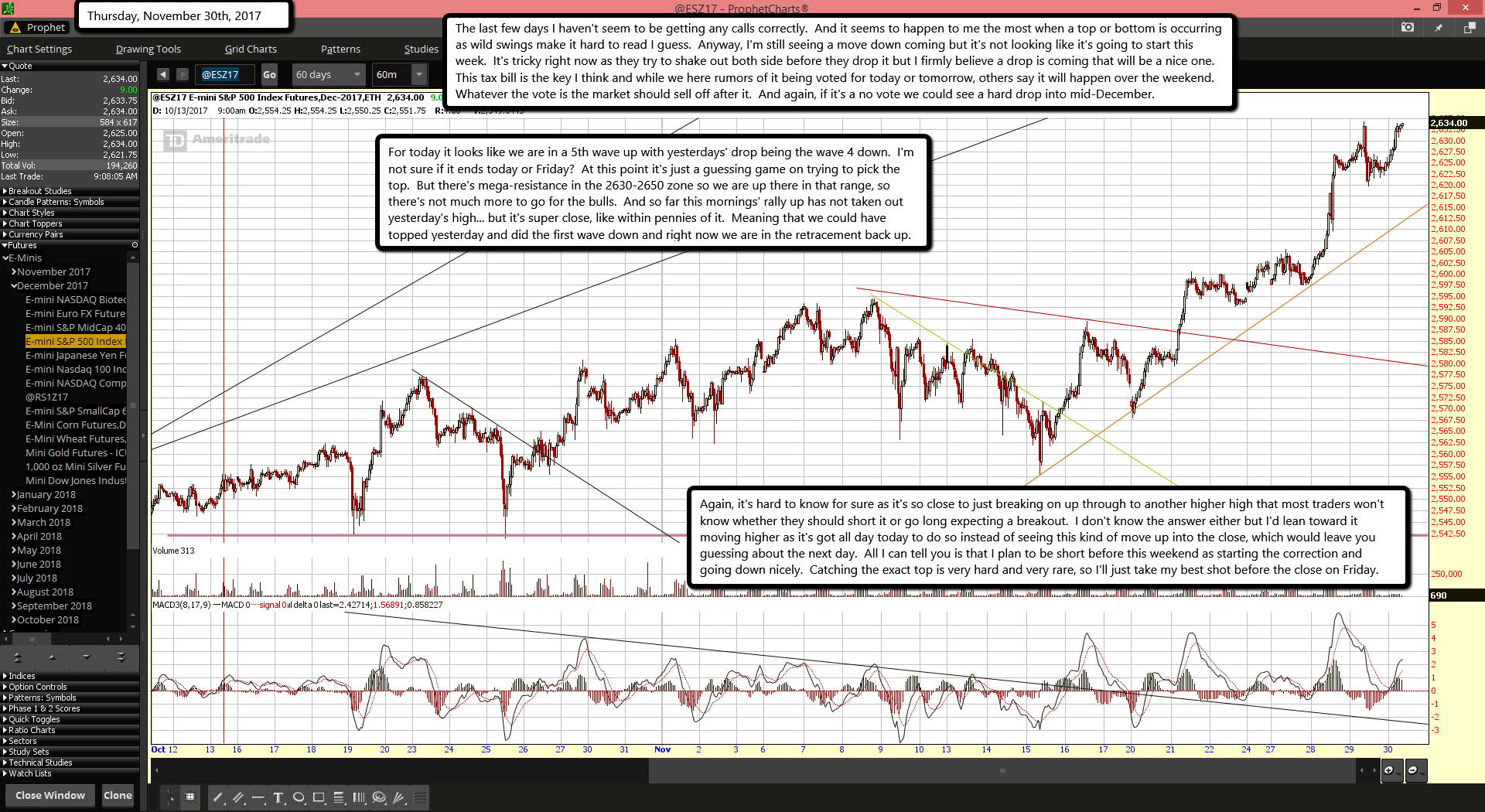 The last few days I haven't seem to be getting any calls correctly.  And it seems to happen to me the most when a top or bottom is occurring as wild swings make it hard to read I guess.  Anyway, I'm still seeing a move down coming but it's not looking like it's going to start this week.  It's tricky right now as they try to shake out both side before they drop it but I firmly believe a drop is coming that will be a nice one.  This tax bill is the key I think and while we here rumors of it being voted for today or tomorrow, others say it will happen over the weekend.  Whatever the vote is the market should sell off after it.  And again, if it's a no vote we could see a hard drop into mid-December.

For today it looks like we are in a 5th wave up with yesterdays' drop being the wave 4 down.  I'm not sure if it ends today or Friday?  At this point it's just a guessing game on trying to pick the top.  But there's mega-resistance in the 2630-2650 zone so we are up there in that range, so there's not much more to go for the bulls.  And so far this mornings' rally up has not taken out yesterday's high... but it's super close, like within pennies of it.  Meaning that we could have topped yesterday and did the first wave down and right now we are in the retracement back up.

Again, it's hard to know for sure as it's so close to just breaking on up through to another higher high that most traders won't know whether they should short it or go long expecting a breakout.  I don't know the answer either but I'd lean toward it moving higher as it's got all day today to do so instead of seeing this kind of move up into the close, which would leave you guessing about the next day.  All I can tell you is that I plan to be short before this weekend as starting the correction and going down nicely.  Catching the exact top is very hard and very rare, so I'll just take my best shot before the close on Friday.