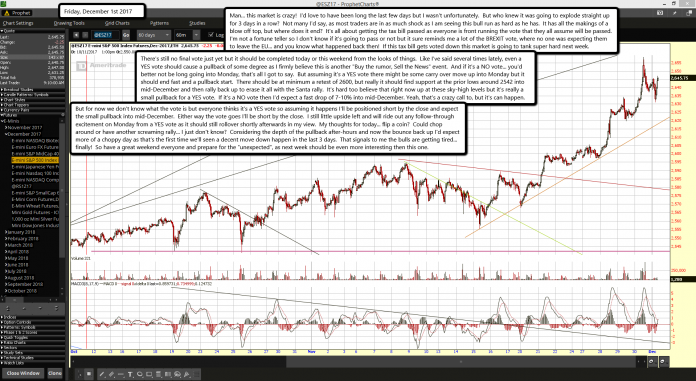 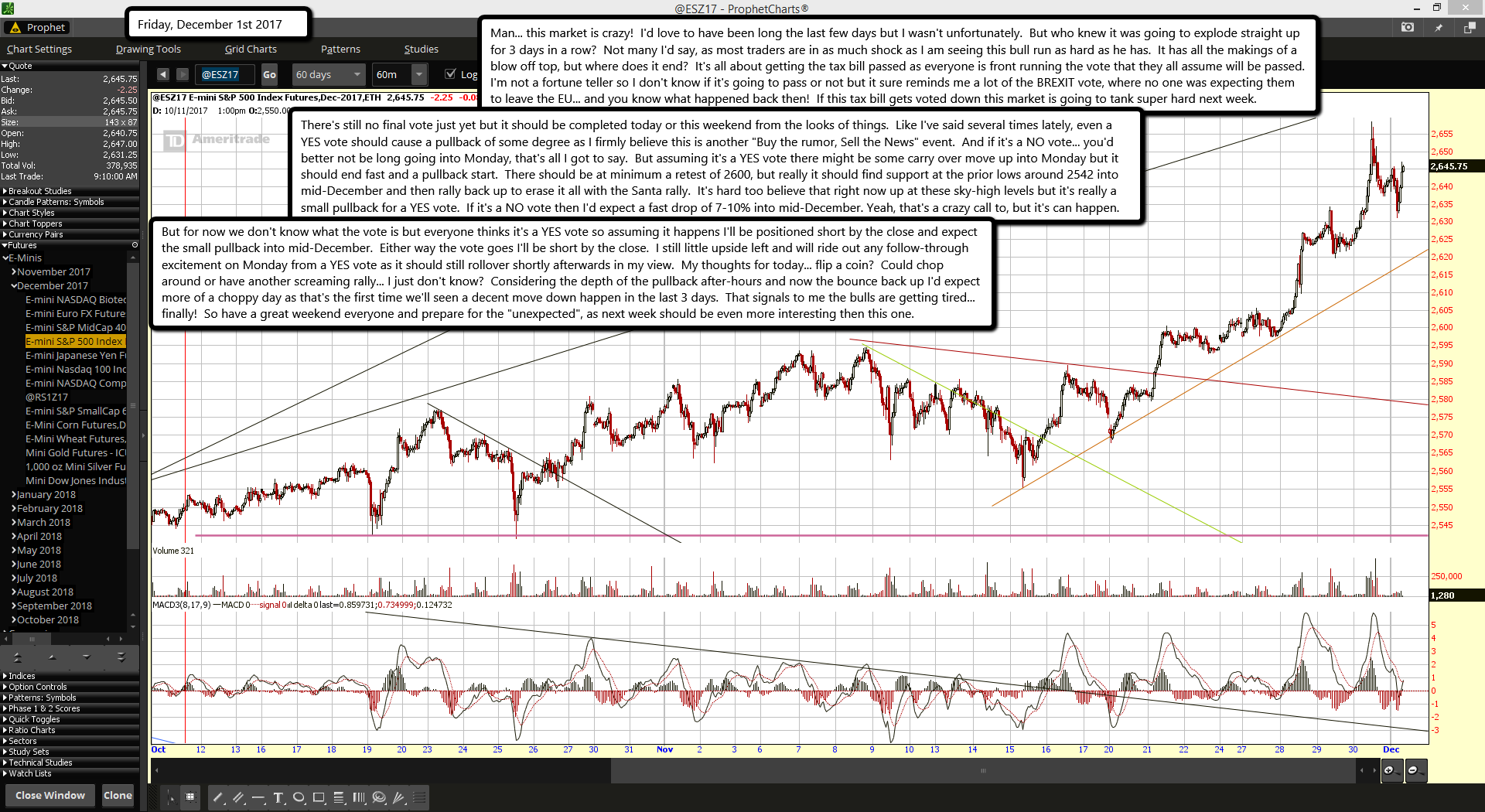 Man... this market is crazy!  I'd love to have been long the last few days but I wasn't unfortunately.  But who knew it was going to explode straight up for 3 days in a row?  Not many I'd say, as most traders are in as much shock as I am seeing this bull run as hard as he has.  It has all the makings of a blow off top, but where does it end?  It's all about getting the tax bill passed as everyone is front running the vote that they all assume will be passed.  I'm not a fortune teller so I don't know if it's going to pass or not but it sure reminds me a lot of the BREXIT vote, where no one was expecting them to leave the EU... and you know what happened back then!  If this tax bill gets voted down this market is going to tank super hard next week.

There's still no final vote just yet but it should be completed today or this weekend from the looks of things.  Like I've said several times lately, even a YES vote should cause a pullback of some degree as I firmly believe this is another "Buy the rumor, Sell the News" event.  And if it's a NO vote... you'd better not be long going into Monday, that's all I got to say.  But assuming it's a YES vote there might be some carry over move up into Monday but it should end fast and a pullback start.  There should be at minimum a retest of 2600, but really it should find support at the prior lows around 2542 into mid-December and then rally back up to erase it all with the Santa rally.  It's hard too believe that right now up at these sky-high levels but it's really a small pullback for a YES vote.  If it's a NO vote then I'd expect a fast drop of 7-10% into mid-December. Yeah, that's a crazy call to, but it's can happen.

But for now we don't know what the vote is but everyone thinks it's a YES vote so assuming it happens I'll be positioned short by the close and expect the small pullback into mid-December.  Either way the vote goes I'll be short by the close.  I still little upside left and will ride out any follow-through excitement on Monday from a YES vote as it should still rollover shortly afterwards in my view.  My thoughts for today... flip a coin?  Could chop around or have another screaming rally... I just don't know?  Considering the depth of the pullback after-hours and now the bounce back up I'd expect more of a choppy day as that's the first time we'll seen a decent move down happen in the last 3 days.  That signals to me the bulls are getting tired... finally!  So have a great weekend everyone and prepare for the "unexpected", as next week should be even more interesting then this one.