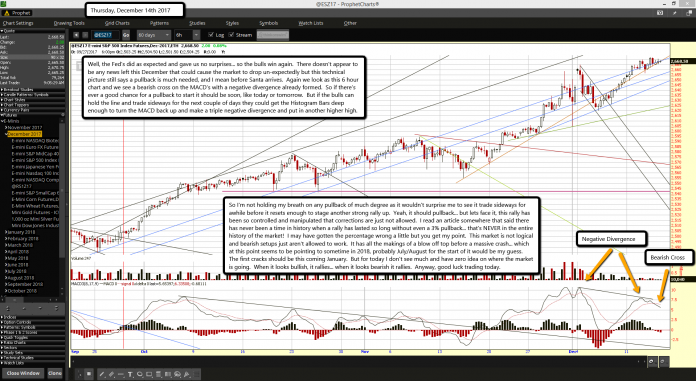 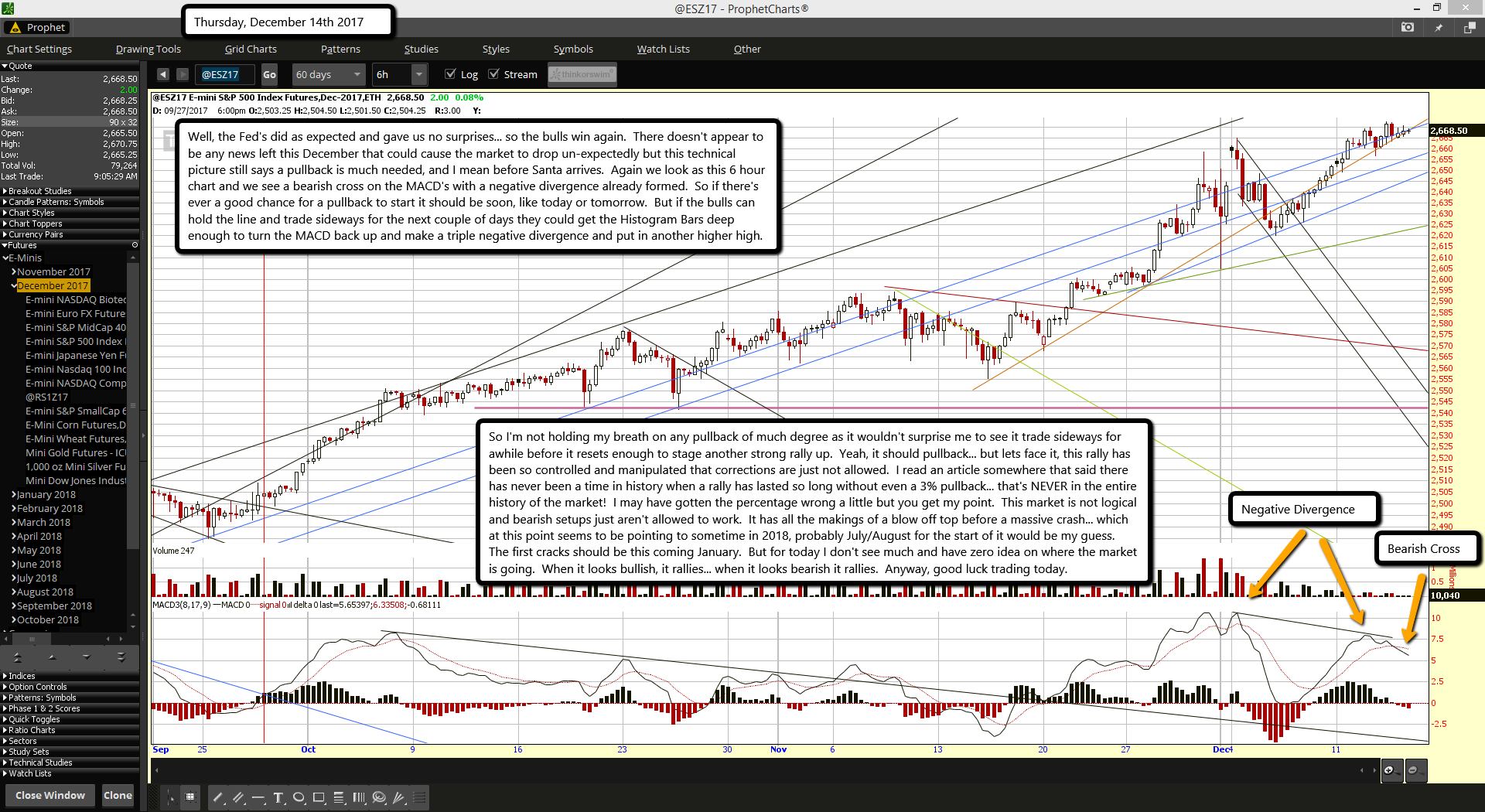 Well, the Fed's did as expected and gave us no surprises... so the bulls win again.  There doesn't appear to be any news left this December that could cause the market to drop un-expectedly but this technical picture still says a pullback is much needed, and I mean before Santa arrives.  Again we look as this 6 hour chart and we see a bearish cross on the MACD's with a negative divergence already formed.  So if there's ever a good chance for a pullback to start it should be soon, like today or tomorrow.  But if the bulls can hold the line and trade sideways for the next couple of days they could get the Histogram Bars deep enough to turn the MACD back up and make a triple negative divergence and put in another higher high.

So I'm not holding my breath on any pullback of much degree as it wouldn't surprise me to see it trade sideways for awhile before it resets enough to stage another strong rally up.  Yeah, it should pullback... but lets face it, this rally has been so controlled and manipulated that corrections are just not allowed.  I read an article somewhere that said there has never been a time in history when a rally has lasted so long without even a 3% pullback... that's NEVER in the entire history of the market!  I may have gotten the percentage wrong a little but you get my point.  This market is not logical and bearish setups just aren't allowed to work.  It has all the makings of a blow off top before a massive crash... which at this point seems to be pointing to sometime in 2018, probably July/August for the start of it would be my guess.  The first cracks should be this coming January.  But for today I don't see much and have zero idea on where the market is going.  When it looks bullish, it rallies... when it looks bearish it rallies.  Anyway, good luck trading today.