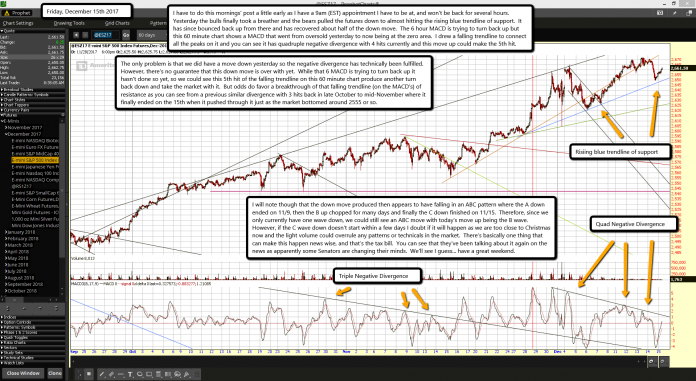 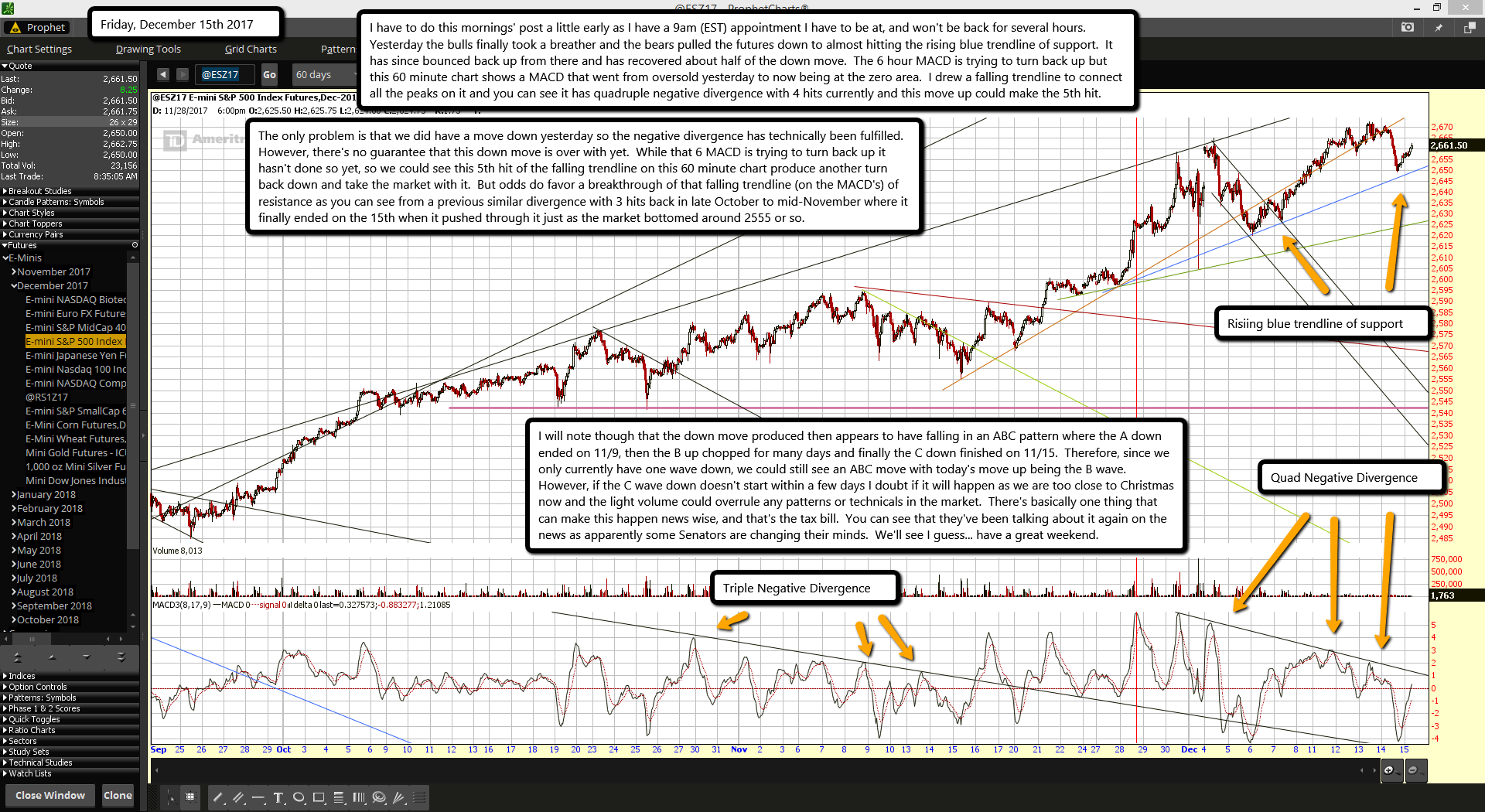 I have to do this mornings' post a little early as I have a 9am (EST) appointment I have to be at, and won't be back for several hours.  Yesterday the bulls finally took a breather and the bears pulled the futures down to almost hitting the rising blue trendline of support.  It has since bounced back up from there and has recovered about half of the down move.  The 6 hour MACD is trying to turn back up but this 60 minute chart shows a MACD that went from oversold yesterday to now being at the zero area.  I drew a falling trendline to connect all the peaks on it and you can see it has quadruple negative divergence with 4 hits currently and this move up could make the 5th hit.

The only problem is that we did have a move down yesterday so the negative divergence has technically been fulfilled.  However, there's no guarantee that this down move is over with yet.  While that 6 MACD is trying to turn back up it hasn't done so yet, so we could see this 5th hit of the falling trendline on this 60 minute chart produce another turn back down and take the market with it.  But odds do favor a breakthrough of that falling trendline (on the MACD's) of resistance as you can see from a previous similar divergence with 3 hits back in late October to mid-November where it finally ended on the 15th when it pushed through it just as the market bottomed around 2555 or so.

I will note though that the down move produced then appears to have falling in an ABC pattern where the A down ended on 11/9, then the B up chopped for many days and finally the C down finished on 11/15.  Therefore, since we only currently have one wave down, we could still see an ABC move with today's move up being the B wave.  However, if the C wave down doesn't start within a few days I doubt if it will happen as we are too close to Christmas now and the light volume could overrule any patterns or technicals in the market.  There's basically one thing that can make this happen news wise, and that's the tax bill.  You can see that they've been talking about it again on the news as apparently some Senators are changing their minds.  We'll see I guess... have a great weekend.