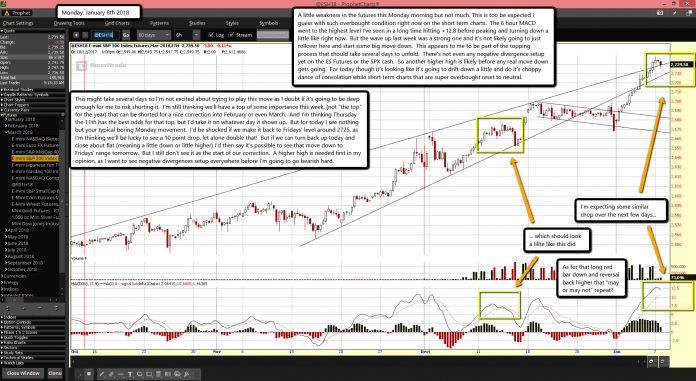 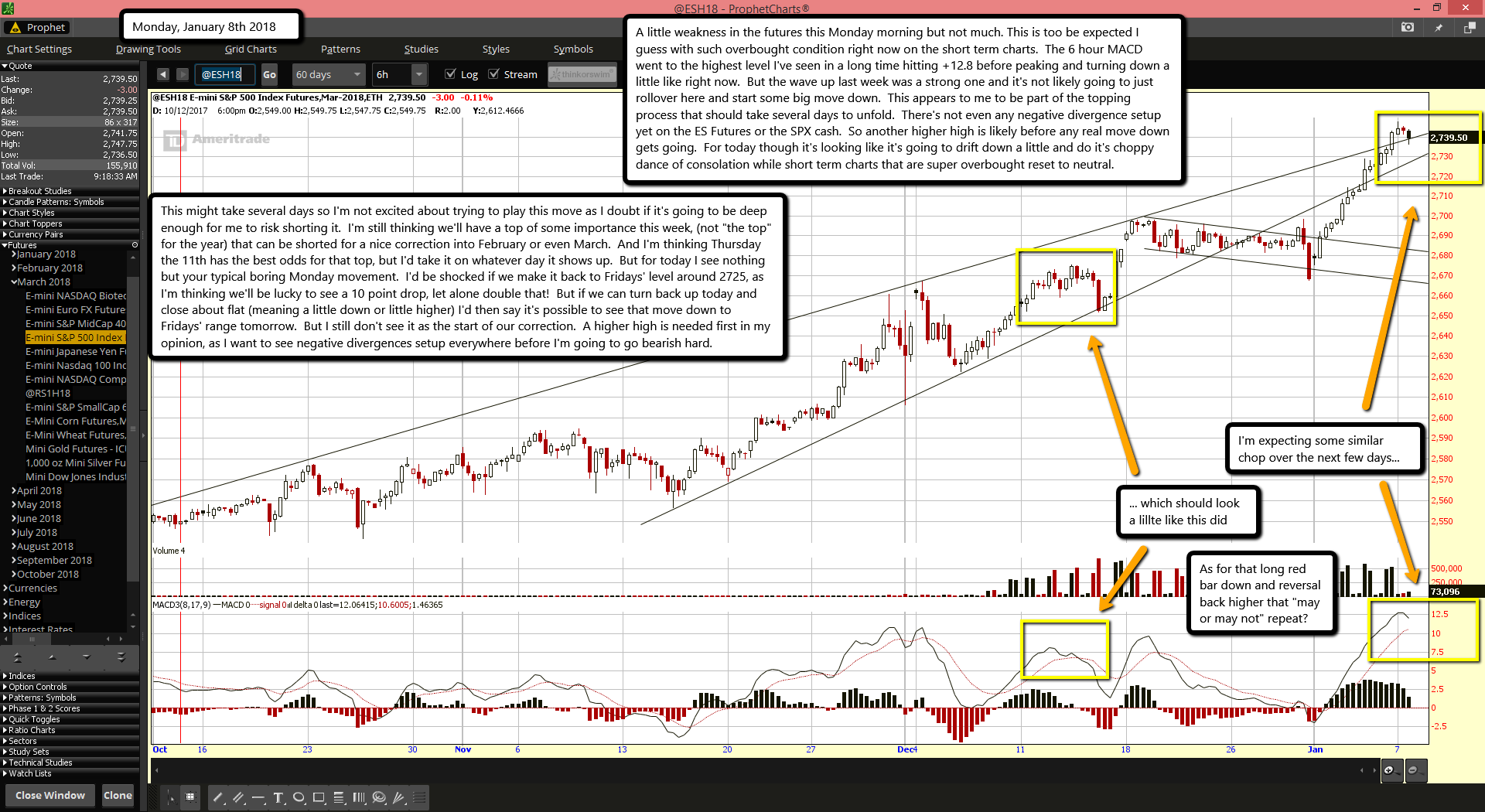 A little weakness in the futures this Monday morning but not much. This is too be expected I guess with such overbought condition right now on the short term charts.  The 6 hour MACD went to the highest level I've seen in a long time hitting +12.8 before peaking and turning down a little like right now.  But the wave up last week was a strong one and it's not likely going to just rollover here and start some big move down.  This appears to me to be part of the topping process that should take several days to unfold.  There's not even any negative divergence setup yet on the ES Futures or the SPX cash.  So another higher high is likely before any real move down gets going.  For today though it's looking like it's going to drift down a little and do it's choppy dance of consolation while short term charts that are super overbought reset to neutral.

This might take several days so I'm not excited about trying to play this move as I doubt if it's going to be deep enough for me to risk shorting it.  I'm still thinking we'll have a top of some importance this week, (not "the top" for the year) that can be shorted for a nice correction into February or even March.  And I'm thinking Thursday the 11th has the best odds for that top, but I'd take it on whatever day it shows up.  But for today I see nothing but your typical boring Monday movement.  I'd be shocked if we make it back to Fridays' level around 2725, as I'm thinking we'll be lucky to see a 10 point drop, let alone double that!  But if we can turn back up today and close about flat (meaning a little down or little higher) I'd then say it's possible to see that move down to Fridays' range tomorrow.  But I still don't see it as the start of our correction.  A higher high is needed first in my opinion, as I want to see negative divergences setup everywhere before I'm going to go bearish hard. 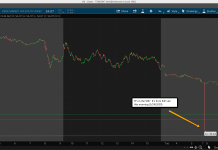