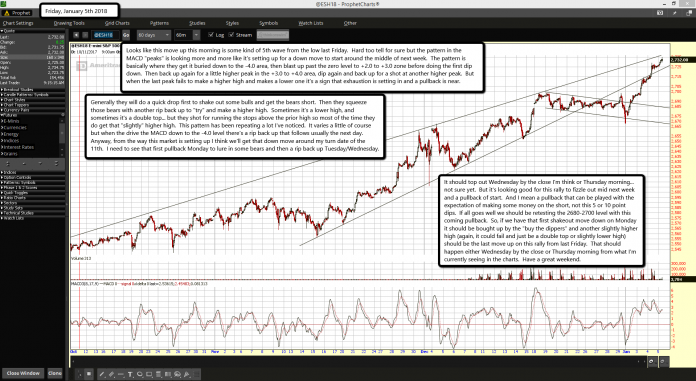 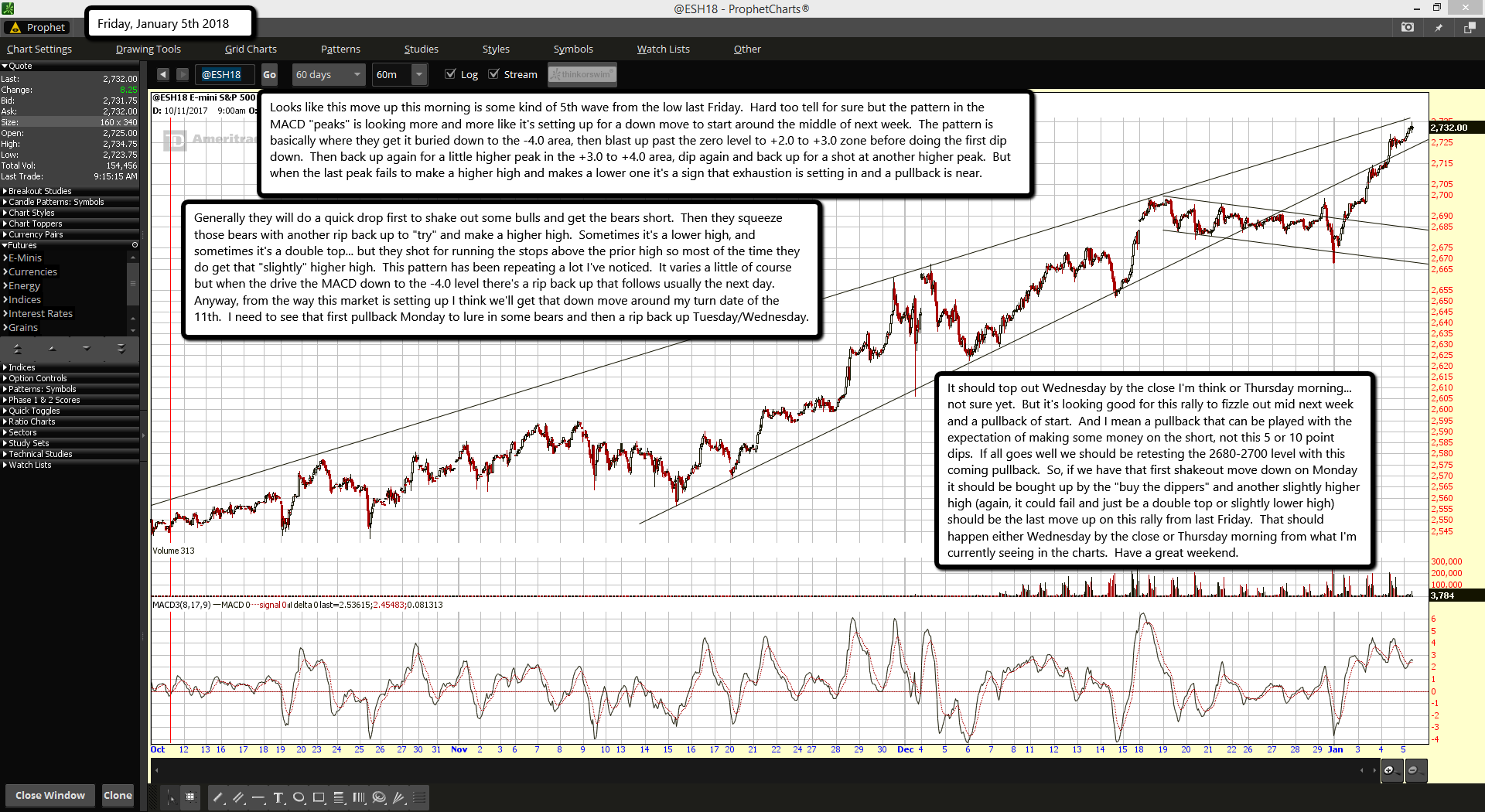 Looks like this move up this morning is some kind of 5th wave from the low last Friday.  Hard too tell for sure but the pattern in the MACD "peaks" is looking more and more like it's setting up for a down move to start around the middle of next week.  The pattern is basically where they get it buried down to the -4.0 area, then blast up past the zero level to +2.0 to +3.0 zone before doing the first dip down.  Then back up again for a little higher peak in the +3.0 to +4.0 area, dip again and back up for a shot at another higher peak.  But when the last peak fails to make a higher high and makes a lower one it's a sign that exhaustion is setting in and a pullback is near.

Generally they will do a quick drop first to shake out some bulls and get the bears short.  Then they squeeze those bears with another rip back up to "try" and make a higher high.  Sometimes it's a lower high, and sometimes it's a double top... but they shot for running the stops above the prior high so most of the time they do get that "slightly" higher high.  This pattern has been repeating a lot I've noticed.  It varies a little of course but when the drive the MACD down to the -4.0 level there's a rip back up that follows usually the next day.  Anyway, from the way this market is setting up I think we'll get that down move around my turn date of the 11th.  I need to see that first pullback Monday to lure in some bears and then a rip back up Tuesday/Wednesday.

It should top out Wednesday by the close I'm think or Thursday morning...  not sure yet.  But it's looking good for this rally to fizzle out mid next week and a pullback of start.  And I mean a pullback that can be played with the expectation of making some money on the short, not this 5 or 10 point dips.  If all goes well we should be retesting the 2680-2700 level with this coming pullback.  So, if we have that first shakeout move down on Monday it should be bought up by the "buy the dippers" and another slightly higher high (again, it could fail and just be a double top or slightly lower high) should be the last move up on this rally from last Friday.  That should happen either Wednesday by the close or Thursday morning from what I'm currently seeing in the charts.  Have a great weekend.