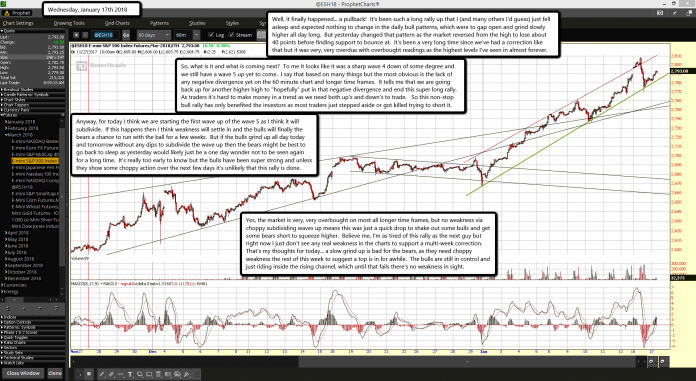 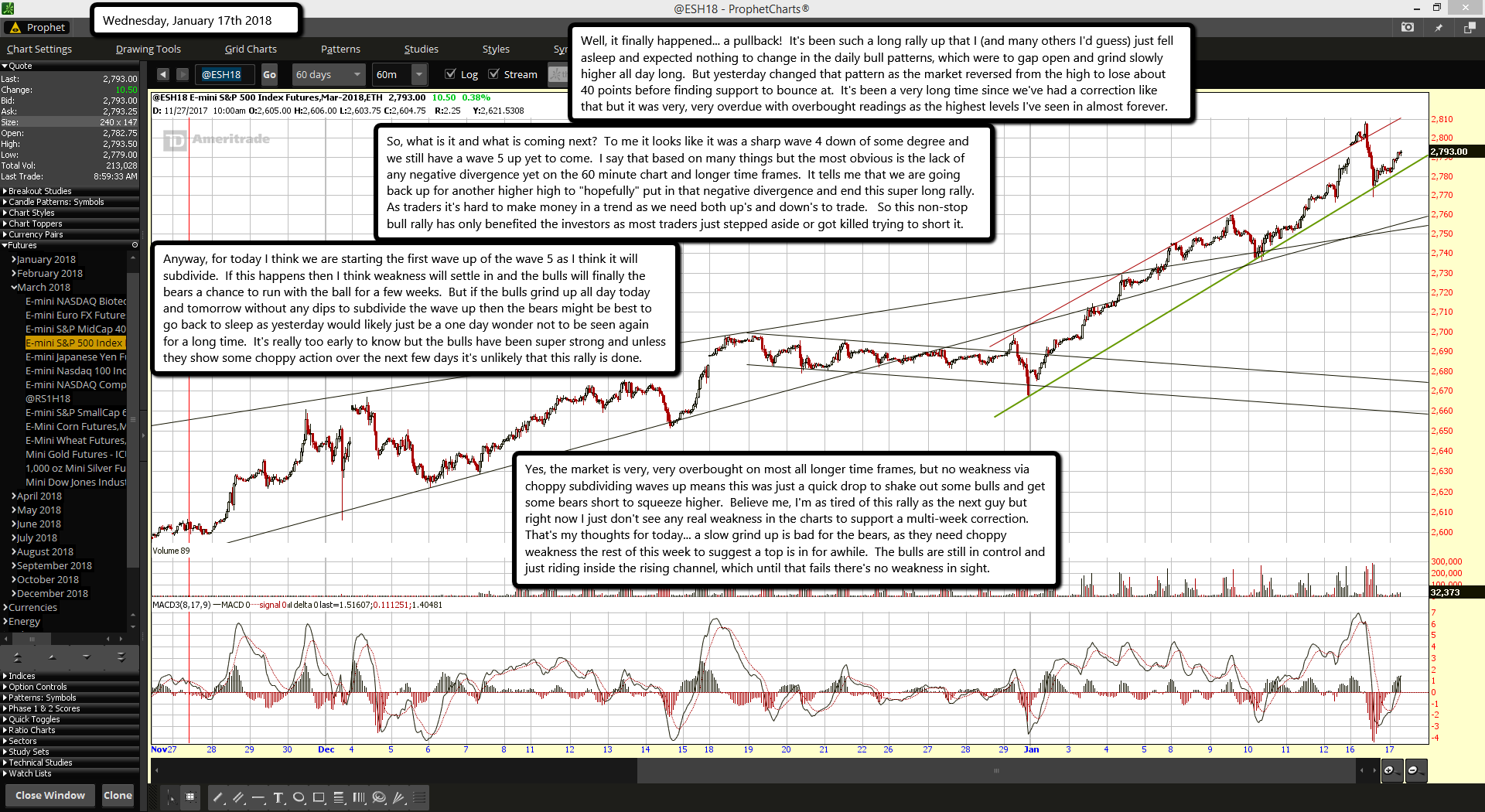 Well, it finally happened... a pullback!  It's been such a long rally up that I (and many others I'd guess) just fell asleep and expected nothing to change in the daily bull patterns, which were to gap open and grind slowly higher all day long.  But yesterday changed that pattern as the market reversed from the high to lose about 40 points before finding support to bounce at.  It's been a very long time since we've had a correction like that but it was very, very overdue with overbought readings as the highest levels I've seen in almost forever.

So, what is it and what is coming next?  To me it looks like it was a sharp wave 4 down of some degree and we still have a wave 5 up yet to come.  I say that based on many things but the most obvious is the lack of any negative divergence yet on the 60 minute chart and longer time frames.  It tells me that we are going back up for another higher high to "hopefully" put in that negative divergence and end this super long rally.  As traders it's hard to make money in a trend as we need both up's and down's to trade.   So this non-stop bull rally has only benefited the investors as most traders just stepped aside or got killed trying to short it.

Anyway, for today I think we are starting the first wave up of the wave 5 as I think it will subdivide.  If this happens then I think weakness will settle in and the bulls will finally the bears a chance to run with the ball for a few weeks.  But if the bulls grind up all day today and tomorrow without any dips to subdivide the wave up then the bears might be best to go back to sleep as yesterday would likely just be a one day wonder not to be seen again for a long time.  It's really too early to know but the bulls have been super strong and unless they show some choppy action over the next few days it's unlikely that this rally is done.

Yes, the market is very, very overbought on most all longer time frames, but no weakness via choppy subdividing waves up means this was just a quick drop to shake out some bulls and get some bears short to squeeze higher.  Believe me, I'm as tired of this rally as the next guy but right now I just don't see any real weakness in the charts to support a multi-week correction.  That's my thoughts for today... a slow grind up is bad for the bears, as they need choppy weakness the rest of this week to suggest a top is in for awhile.  The bulls are still in control and just riding inside the rising channel, which until that fails there's no weakness in sight.