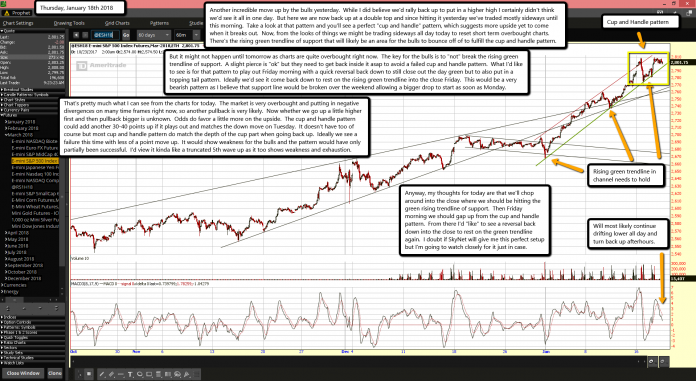 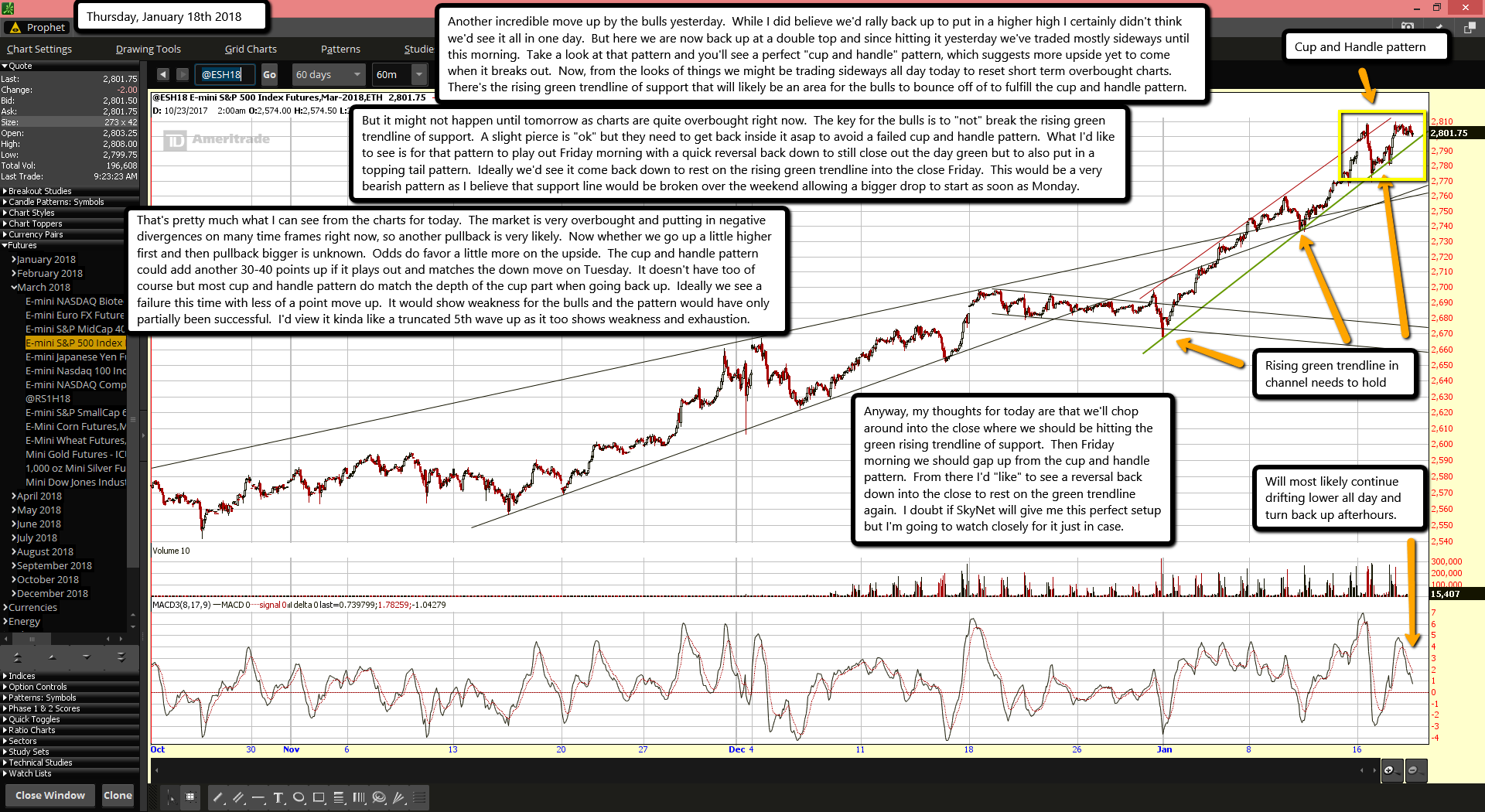 Another incredible move up by the bulls yesterday.  While I did believe we'd rally back up to put in a higher high I certainly didn't think we'd see it all in one day.  But here we are now back up at a double top and since hitting it yesterday we've traded mostly sideways until this morning.  Take a look at that pattern and you'll see a perfect "cup and handle" pattern, which suggests more upside yet to come when it breaks out.  Now, from the looks of things we might be trading sideways all day today to reset short term overbought charts.  There's the rising green trendline of support that will likely be an area for the bulls to bounce off of to fulfill the cup and handle pattern.

But it might not happen until tomorrow as charts are quite overbought right now.  The key for the bulls is to "not" break the rising green trendline of support.  A slight pierce is "ok" but they need to get back inside it asap to avoid a failed cup and handle pattern.  What I'd like to see is for that pattern to play out Friday morning with a quick reversal back down to still close out the day green but to also put in a topping tail pattern.  Ideally we'd see it come back down to rest on the rising green trendline into the close Friday.  This would be a very bearish pattern as I believe that support line would be broken over the weekend allowing a bigger drop to start as soon as Monday.

That's pretty much what I can see from the charts for today.  The market is very overbought and putting in negative divergences on many time frames right now, so another pullback is very likely.  Now whether we go up a little higher first and then pullback bigger is unknown.  Odds do favor a little more on the upside.  The cup and handle pattern could add another 30-40 points up if it plays out and matches the down move on Tuesday.  It doesn't have too of course but most cup and handle pattern do match the depth of the cup part when going back up.  Ideally we see a failure this time with less of a point move up.  It would show weakness for the bulls and the pattern would have only partially been successful.  I'd view it kinda like a truncated 5th wave up as it too shows weakness and exhaustion.

Anyway, my thoughts for today are that we'll chop around into the close where we should be hitting the green rising trendline of support.  Then Friday morning we should gap up from the cup and handle pattern.  From there I'd "like" to see a reversal back down into the close to rest on the green trendline again.  I doubt if SkyNet will give me this perfect setup but I'm going to watch closely for it just in case.