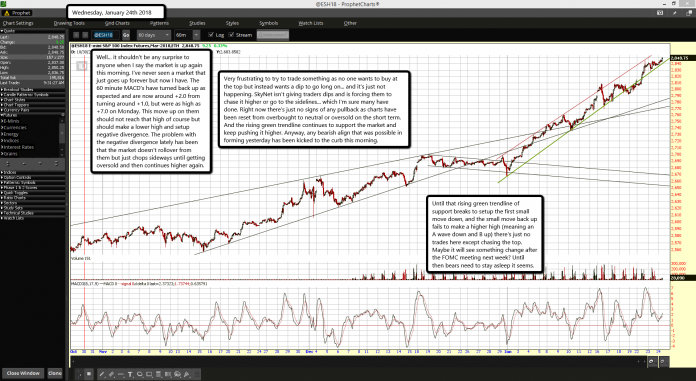 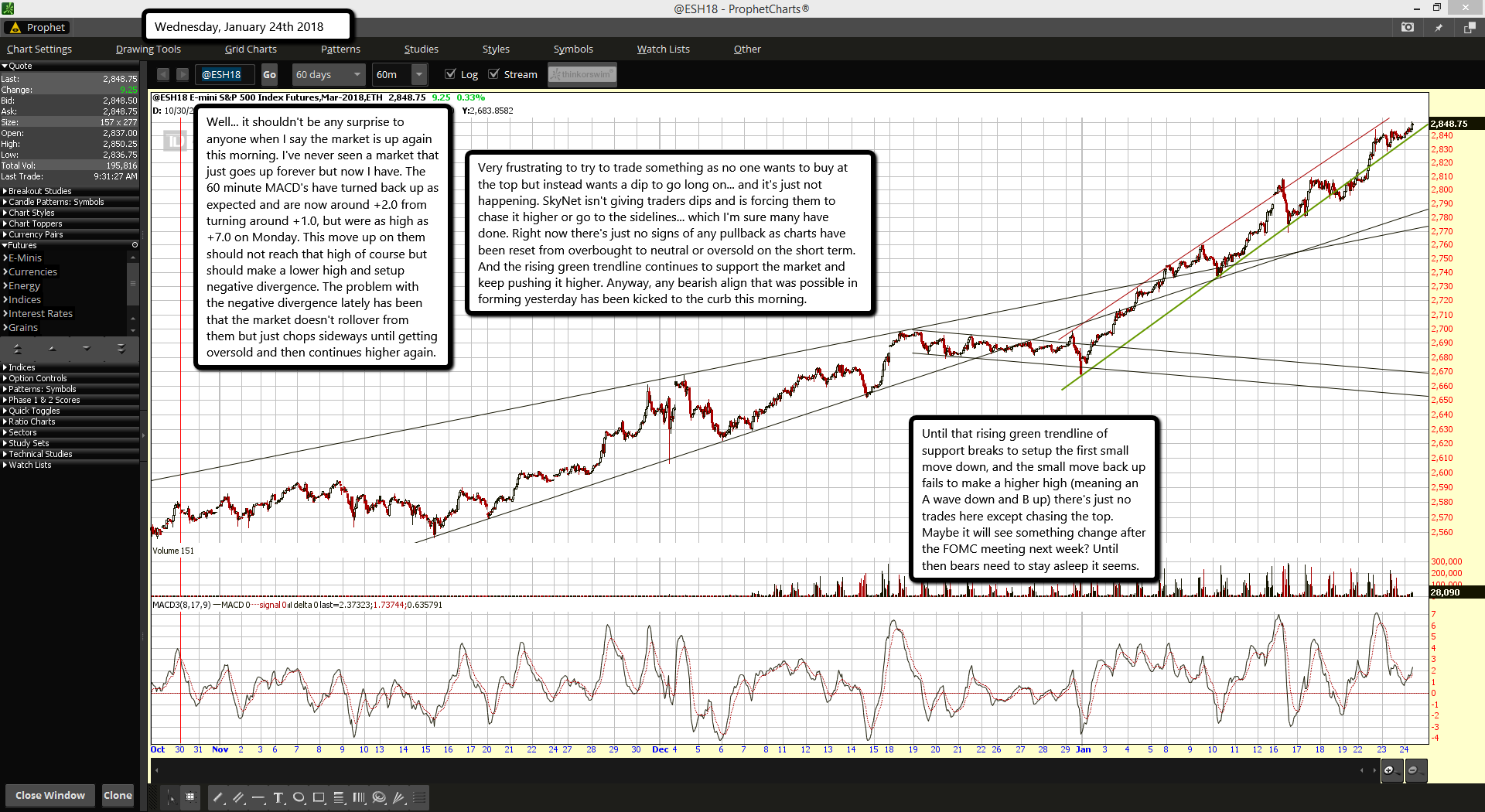 Well... it shouldn't be any surprise to anyone when I say the market is up again this morning. I've never seen a market that just goes up forever but now I have. The 60 minute MACD's have turned back up as expected and are now around +2.0 from turning around +1.0, but were as high as +7.0 on Monday. This move up on them should not reach that high of course but should make a lower high and setup negative divergence. The problem with the negative divergence lately has been that the market doesn't rollover from them but just chops sideways until getting oversold and then continues higher again.

Very frustrating to try to trade something as no one wants to buy at the top but instead wants a dip to go long on... and it's just not happening. SkyNet isn't giving traders dips and is forcing them to chase it higher or go to the sidelines... which I'm sure many have done. Right now there's just no signs of any pullback as charts have been reset from overbought to neutral or oversold on the short term. And the rising green trendline continues to support the market and keep pushing it higher. Anyway, any bearish align that was possible in forming yesterday has been kicked to the curb this morning.

Until that rising green trendline of support breaks to setup the first small move down, and the small move back up fails to make a higher high (meaning an A wave down and B up) there's just no trades here except chasing the top. Maybe it will see something change after the FOMC meeting next week? Until then bears need to stay asleep it seems.