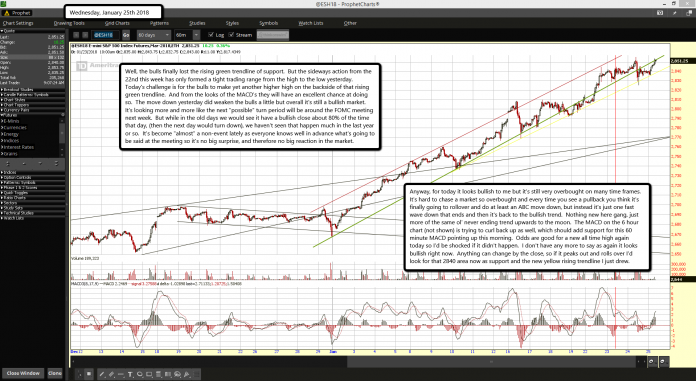 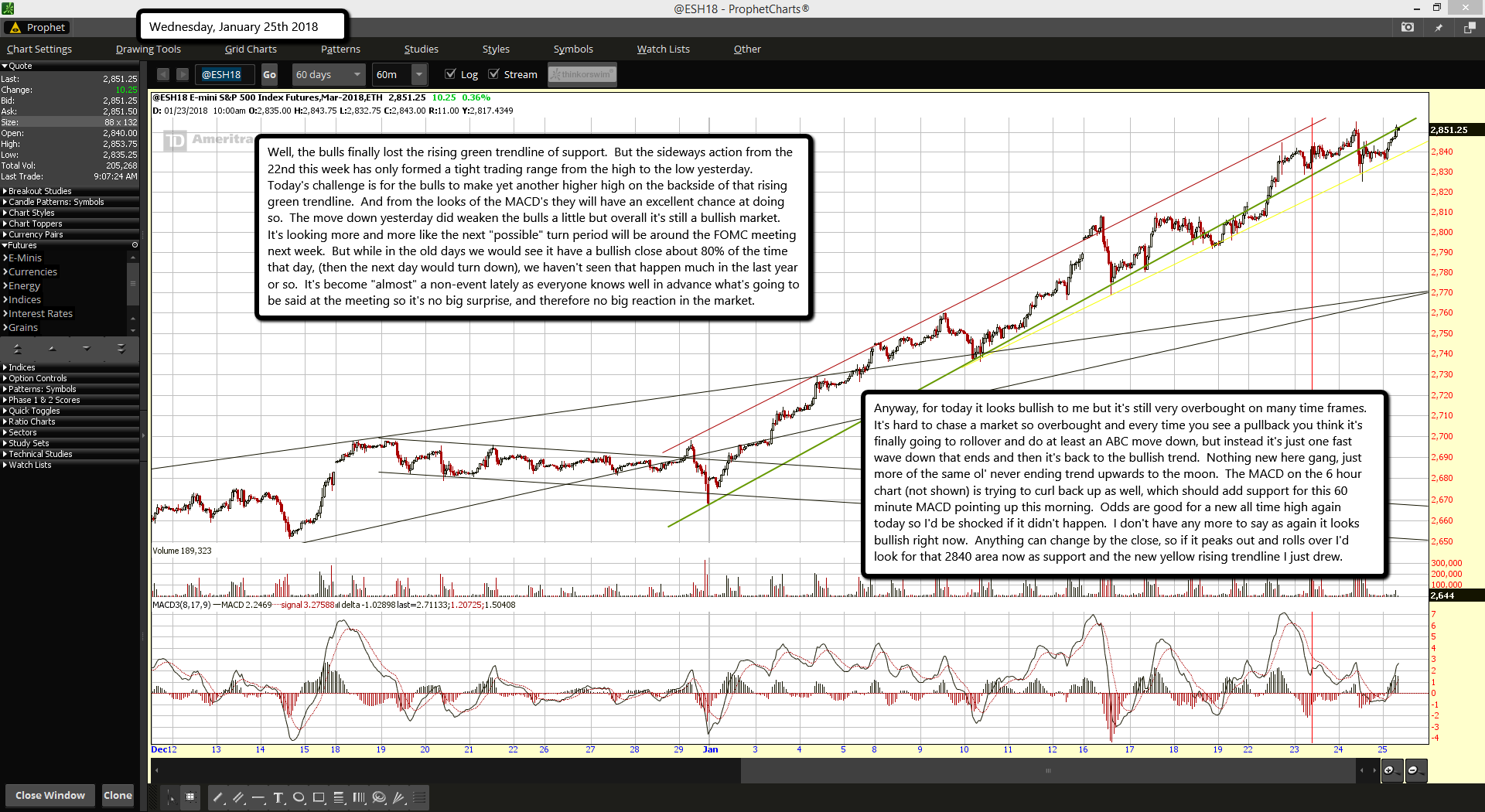 Well, the bulls finally lost the rising green trendline of support.  But the sideways action from the 22nd this week has only formed a tight trading range from the high to the low yesterday.  Today's challenge is for the bulls to make yet another higher high on the backside of that rising green trendline.  And from the looks of the MACD's they will have an excellent chance at doing so.  The move down yesterday did weaken the bulls a little but overall it's still a bullish market.  It's looking more and more like the next "possible" turn period will be around the FOMC meeting next week.  But while in the old days we would see it have a bullish close about 80% of the time that day, (then the next day would turn down), we haven't seen that happen much in the last year or so.  It's become "almost" a non-event lately as everyone knows well in advance what's going to be said at the meeting so it's no big surprise, and therefore no big reaction in the market.

Anyway, for today it looks bullish to me but it's still very overbought on many time frames.  It's hard to chase a market so overbought and every time you see a pullback you think it's finally going to rollover and do at least an ABC move down, but instead it's just one fast wave down that ends and then it's back to the bullish trend.  Nothing new here gang, just more of the same ol' never ending trend upwards to the moon.  The MACD on the 6 hour chart (not shown) is trying to curl back up as well, which should add support for this 60 minute MACD pointing up this morning.  Odds are good for a new all time high again today so I'd be shocked if it didn't happen.  I don't have any more to say as again it looks bullish right now.  Anything can change by the close, so if it peaks out and rolls over I'd look for that 2840 area now as support and the new yellow rising trendline I just drew. 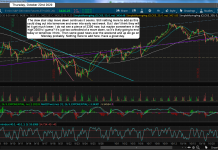 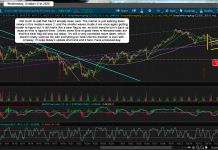