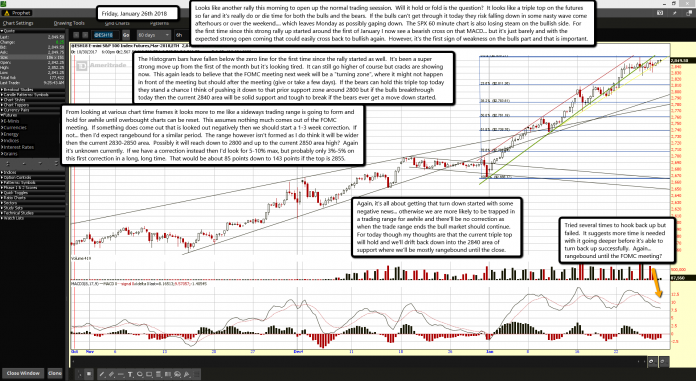 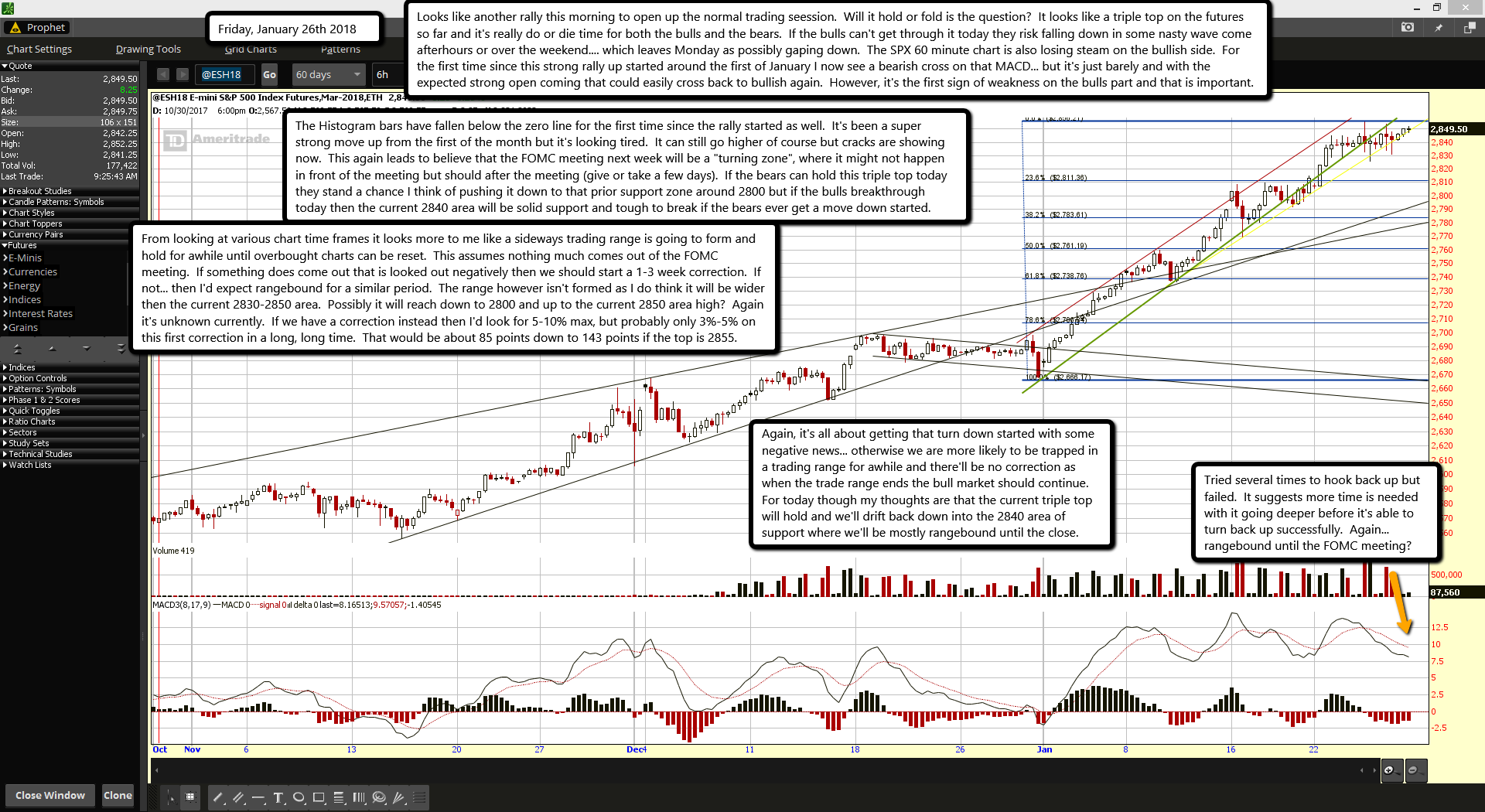 Looks like another rally this morning to open up the normal trading seession.  Will it hold or fold is the question?  It looks like a triple top on the futures so far and it's really do or die time for both the bulls and the bears.  If the bulls can't get through it today they risk falling down in some nasty wave come afterhours or over the weekend.... which leaves Monday as possibly gaping down.  The SPX 60 minute chart is also losing steam on the bullish side.  For the first time since this strong rally up started around the first of January I now see a bearish cross on that MACD... but it's just barely and with the expected strong open coming that could easily cross back to bullish again.  However, it's the first sign of weakness on the bulls part and that is important.

The Histogram bars have fallen below the zero line for the first time since the rally started as well.  It's been a super strong move up from the first of the month but it's looking tired.  It can still go higher of course but cracks are showing now.  This again leads to believe that the FOMC meeting next week will be a "turning zone", where it might not happen in front of the meeting but should after the meeting (give or take a few days).  If the bears can hold this triple top today they stand a chance I think of pushing it down to that prior support zone around 2800 but if the bulls breakthrough today then the current 2840 area will be solid support and tough to break if the bears ever get a move down started.

From looking at various chart time frames it looks more to me like a sideways trading range is going to form and hold for awhile until overbought charts can be reset.  This assumes nothing much comes out of the FOMC meeting.  If something does come out that is looked out negatively then we should start a 1-3 week correction.  If not... then I'd expect rangebound for a similar period.  The range however isn't formed as I do think it will be wider then the current 2830-2850 area.  Possibly it will reach down to 2800 and up to the current 2850 area high?  Again it's unknown currently.  If we have a correction instead then I'd look for 5-10% max, but probably only 3%-5% on this first correction in a long, long time.  That would be about 85 points down to 143 points if the top is 2855.

Again, it's all about getting that turn down started with some negative news... otherwise we are more likely to be trapped in a trading range for awhile and there'll be no correction as when the trade range ends the bull market should continue.  For today though my thoughts are that the current triple top will hold and we'll drift back down into the 2840 area of support where we'll be mostly rangebound until the close.