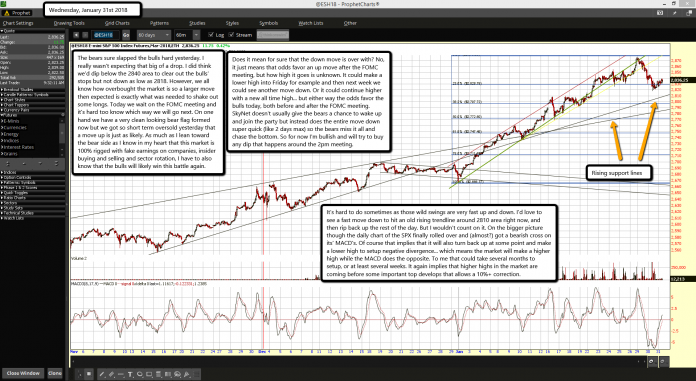 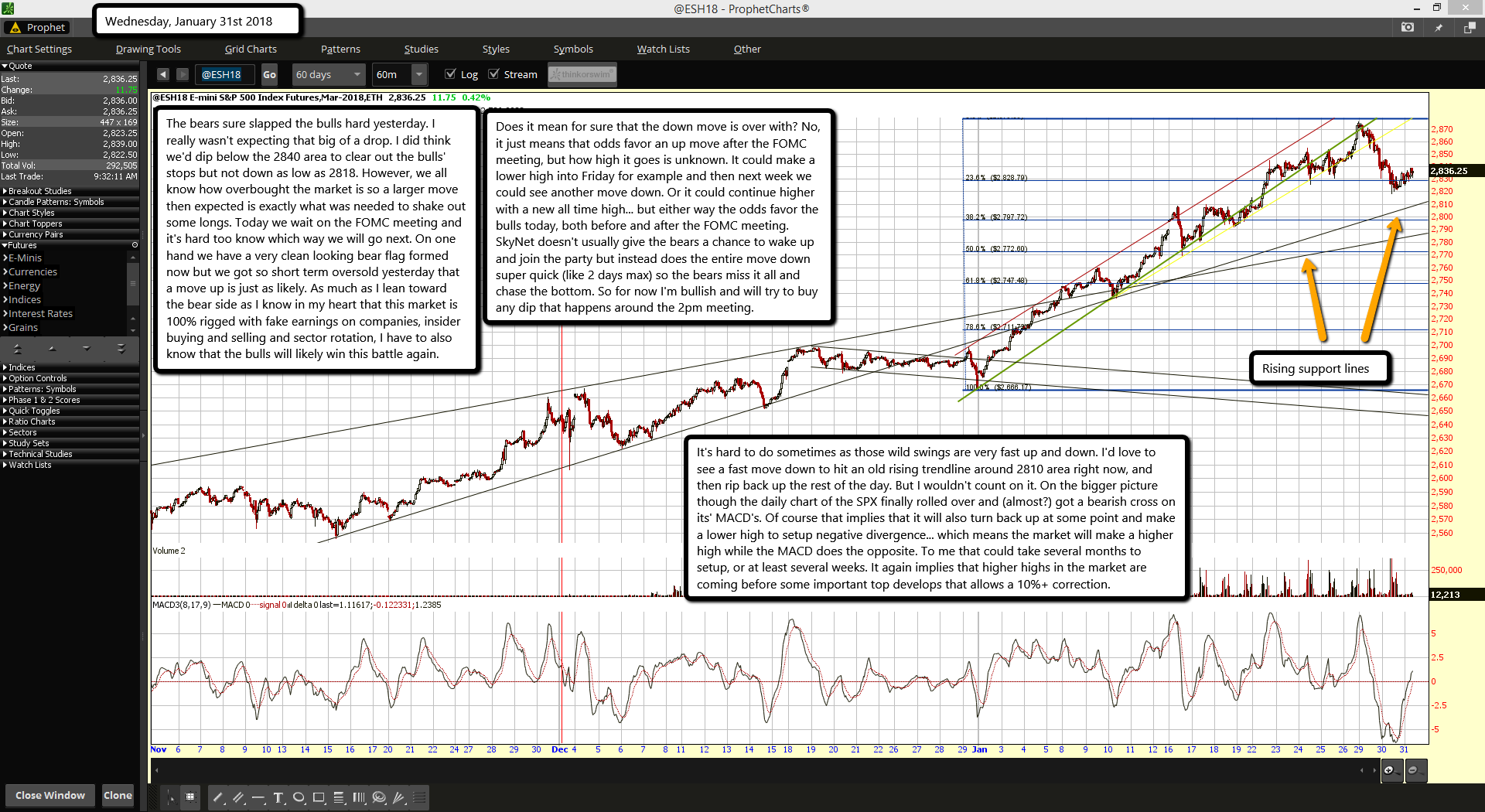 The bears sure slapped the bulls hard yesterday. I really wasn't expecting that big of a drop. I did think we'd dip below the 2840 area to clear out the bulls' stops but not down as low as 2818. However, we all know how overbought the market is so a larger move then expected is exactly what was needed to shake out some longs. Today we wait on the FOMC meeting and it's hard too know which way we will go next. On one hand we have a very clean looking bear flag formed now but we got so short term oversold yesterday that a move up is just as likely. As much as I lean toward the bear side as I know in my heart that this market is 100% rigged with fake earnings on companies, insider buying and selling and sector rotation, I have to also know that the bulls will likely win this battle again.

Does it mean for sure that the down move is over with? No, it just means that odds favor an up move after the FOMC meeting, but how high it goes is unknown. It could make a lower high into Friday for example and then next week we could see another move down. Or it could continue higher with a new all time high... but either way the odds favor the bulls today, both before and after the FOMC meeting. SkyNet doesn't usually give the bears a chance to wake up and join the party but instead does the entire move down super quick (like 2 days max) so the bears miss it all and chase the bottom. So for now I'm bullish and will try to buy any dip that happens around the 2pm meeting.

It's hard to do sometimes as those wild swings are very fast up and down. I'd love to see a fast move down to hit an old rising trendline around 2810 area right now, and then rip back up the rest of the day. But I wouldn't count on it. On the bigger picture though the daily chart of the SPX finally rolled over and (almost?) got a bearish cross on its' MACD's. Of course that implies that it will also turn back up at some point and make a lower high to setup negative divergence... which means the market will make a higher high while the MACD does the opposite. To me that could take several months to setup, or at least several weeks. It again implies that higher highs in the market are coming before some important top develops that allows a 10%+ correction.