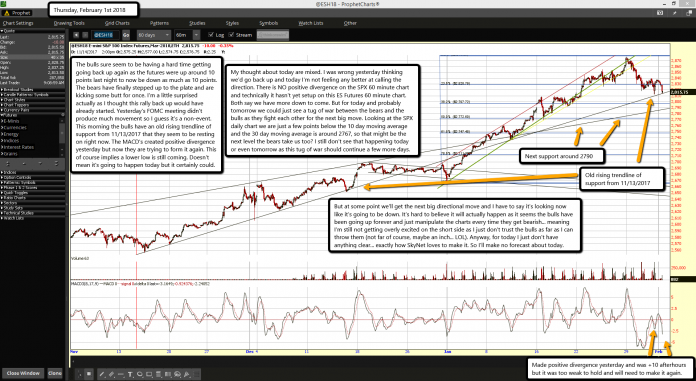 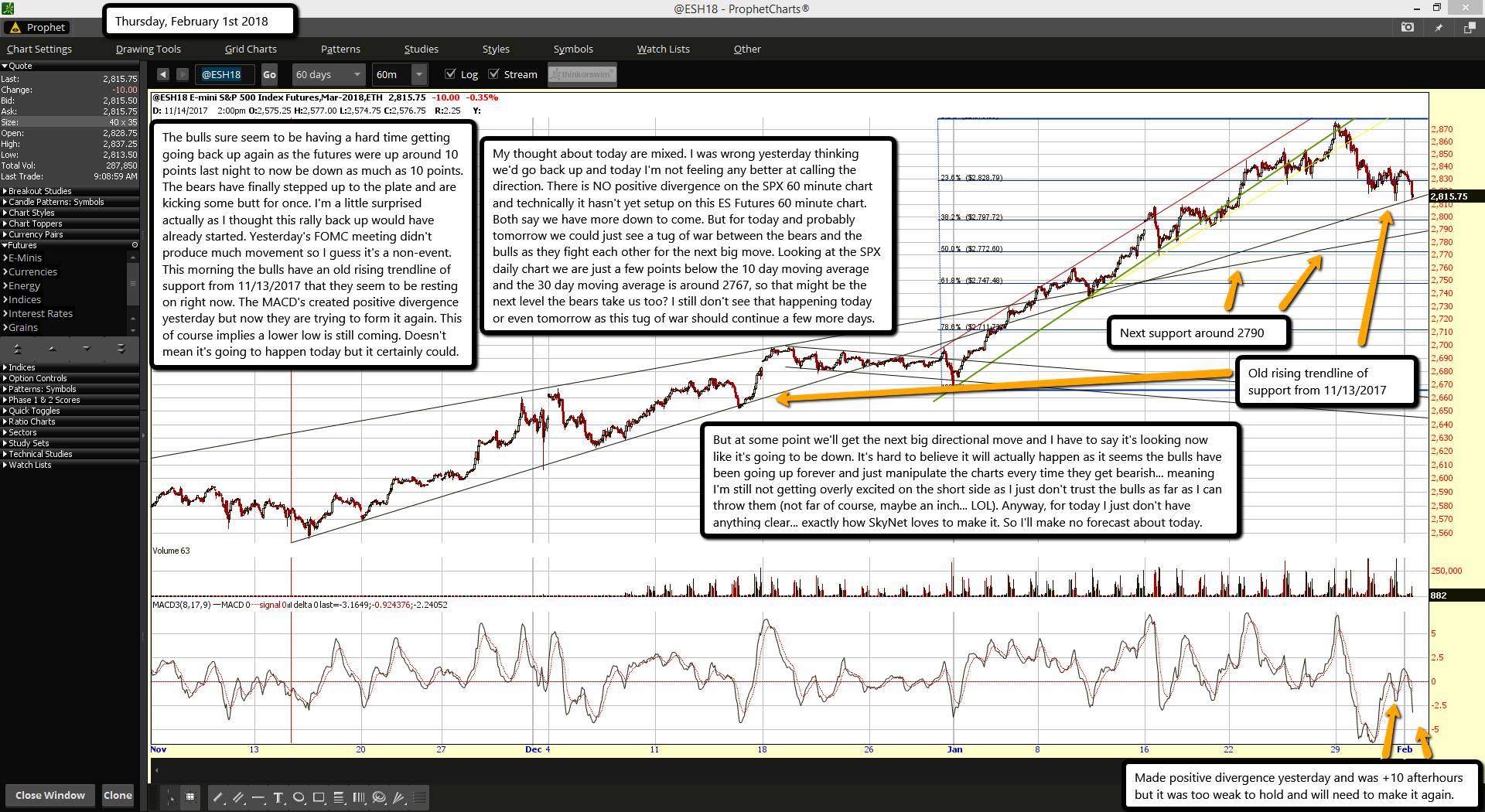 The bulls sure seem to be having a hard time getting going back up again as the futures were up around 10 points last night to now be down as much as 10 points. The bears have finally stepped up to the plate and are kicking some butt for once. I'm a little surprised actually as I thought this rally back up would have already started. Yesterday's FOMC meeting didn't produce much movement so I guess it's a non-event. This morning the bulls have an old rising trendline of support from 11/13/2017 that they seem to be resting on right now. The MACD's created positive divergence yesterday but now they are trying to form it again. This of course implies a lower low is still coming. Doesn't mean it's going to happen today but it certainly could.

My thought about today are mixed. I was wrong yesterday thinking we'd go back up and today I'm not feeling any better at calling the direction. There is NO positive divergence on the SPX 60 minute chart and technically it hasn't yet setup on this ES Futures 60 minute chart. Both say we have more down to come. But for today and probably tomorrow we could just see a tug of war between the bears and the bulls as they fight each other for the next big move. Looking at the SPX daily chart we are just a few points below the 10 day moving average and the 30 day moving average is around 2767, so that might be the next level the bears take us too? I still don't see that happening today or even tomorrow as this tug of war should continue a few more days.

But at some point we'll get the next big directional move and I have to say it's looking now like it's going to be down. It's hard to believe it will actually happen as it seems the bulls have been going up forever and just manipulate the charts every time they get bearish... meaning I'm still not getting overly excited on the short side as I just don't trust the bulls as far as I can throw them (not far of course, maybe an inch... LOL). Anyway, for today I just don't have anything clear... exactly how SkyNet loves to make it. So I'll make no forecast about today.