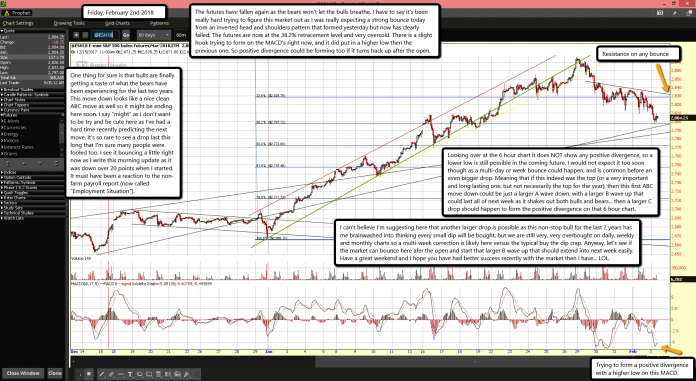 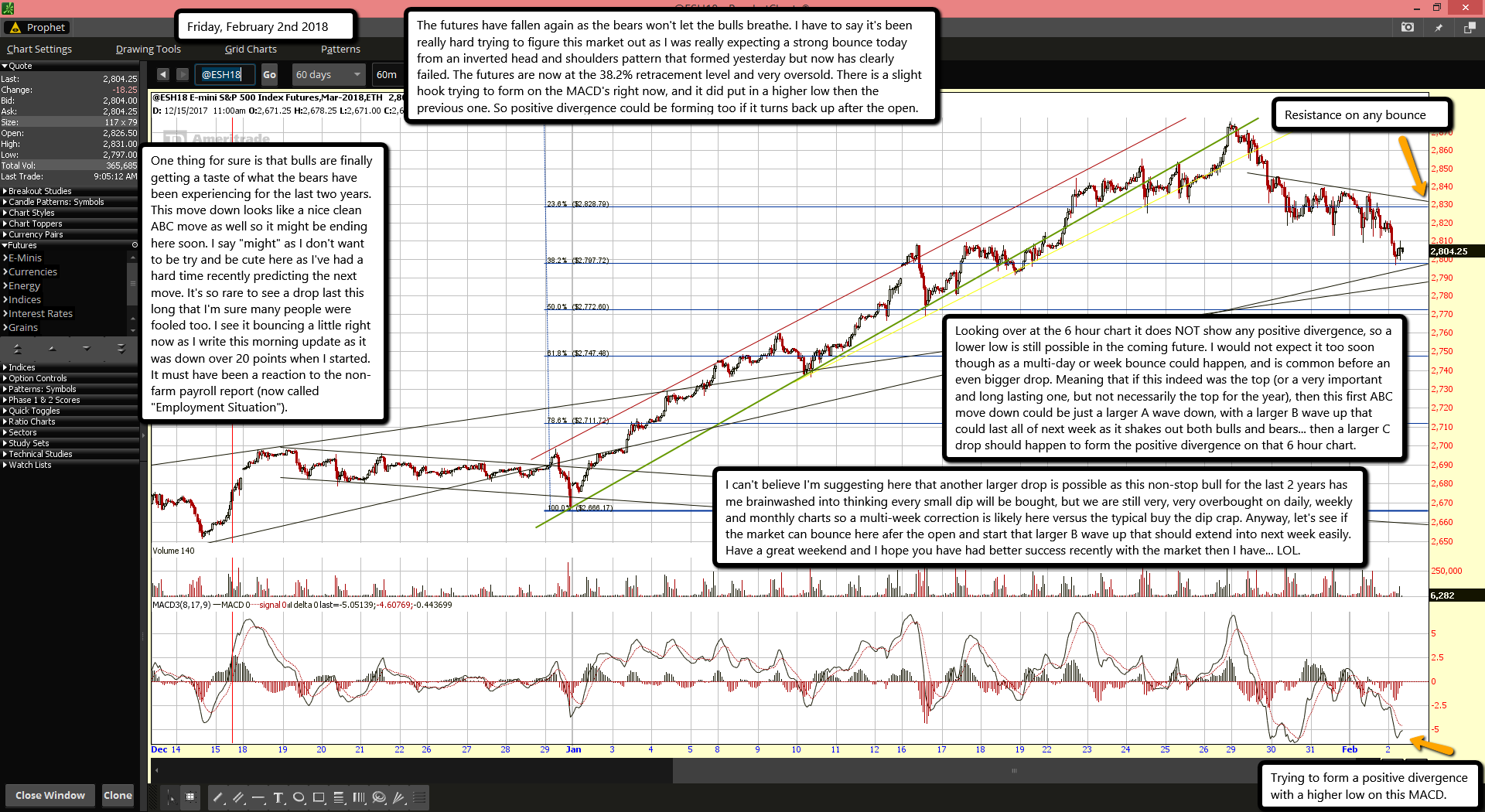 The futures have fallen again as the bears won't let the bulls breathe. I have to say it's been really hard trying to figure this market out as I was really expecting a strong bounce today from an inverted head and shoulders pattern that formed yesterday but now has clearly failed. The futures are now at the 38.2% retracement level and very oversold. There is a slight hook trying to form on the MACD's right now, and it did put in a higher low then the previous one. So positive divergence could be forming too if it turns back up after the open.

One thing for sure is that bulls are finally getting a taste of what the bears have been experiencing for the last two years. This move down looks like a nice clean ABC move as well so it might be ending here soon. I say "might" as I don't want to be try and be cute here as I've had a hard time recently predicting the next move. It's so rare to see a drop last this long that I'm sure many people were fooled too. I see it bouncing a little right now as I write this morning update as it was down over 20 points when I started. It must have been a reaction to the non-farm payroll report (now called "Employment Situation").

Looking over at the 6 hour chart it does NOT show any positive divergence, so a lower low is still possible in the coming future. I would not expect it too soon though as a multi-day or week bounce could happen, and is common before an even bigger drop. Meaning that if this indeed was the top (or a very important and long lasting one, but not necessarily the top for the year), then this first ABC move down could be just a larger A wave down, with a larger B wave up that could last all of next week as it shakes out both bulls and bears... then a larger C drop should happen to form the positive divergence on that 6 hour chart.

I can't believe I'm suggesting here that another larger drop is possible as this non-stop bull for the last 2 years has me brainwashed into thinking every small dip will be bought, but we are still very, very overbought on daily, weekly and monthly charts so a multi-week correction is likely here versus the typical buy the dip crap. Anyway, let's see if the market can bounce here afer the open and start that larger B wave up that should extend into next week easily. Have a great weekend and I hope you have had better success recently with the market then I have... LOL.