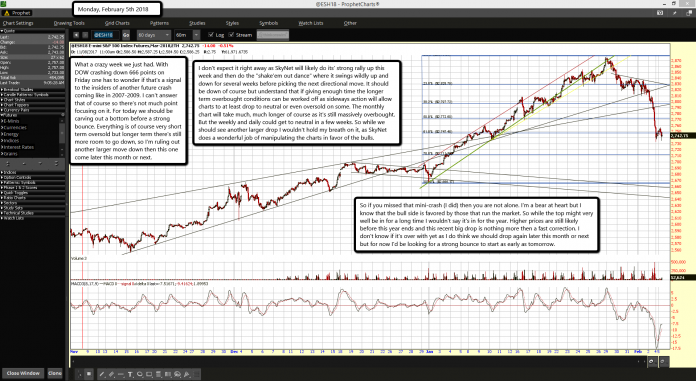 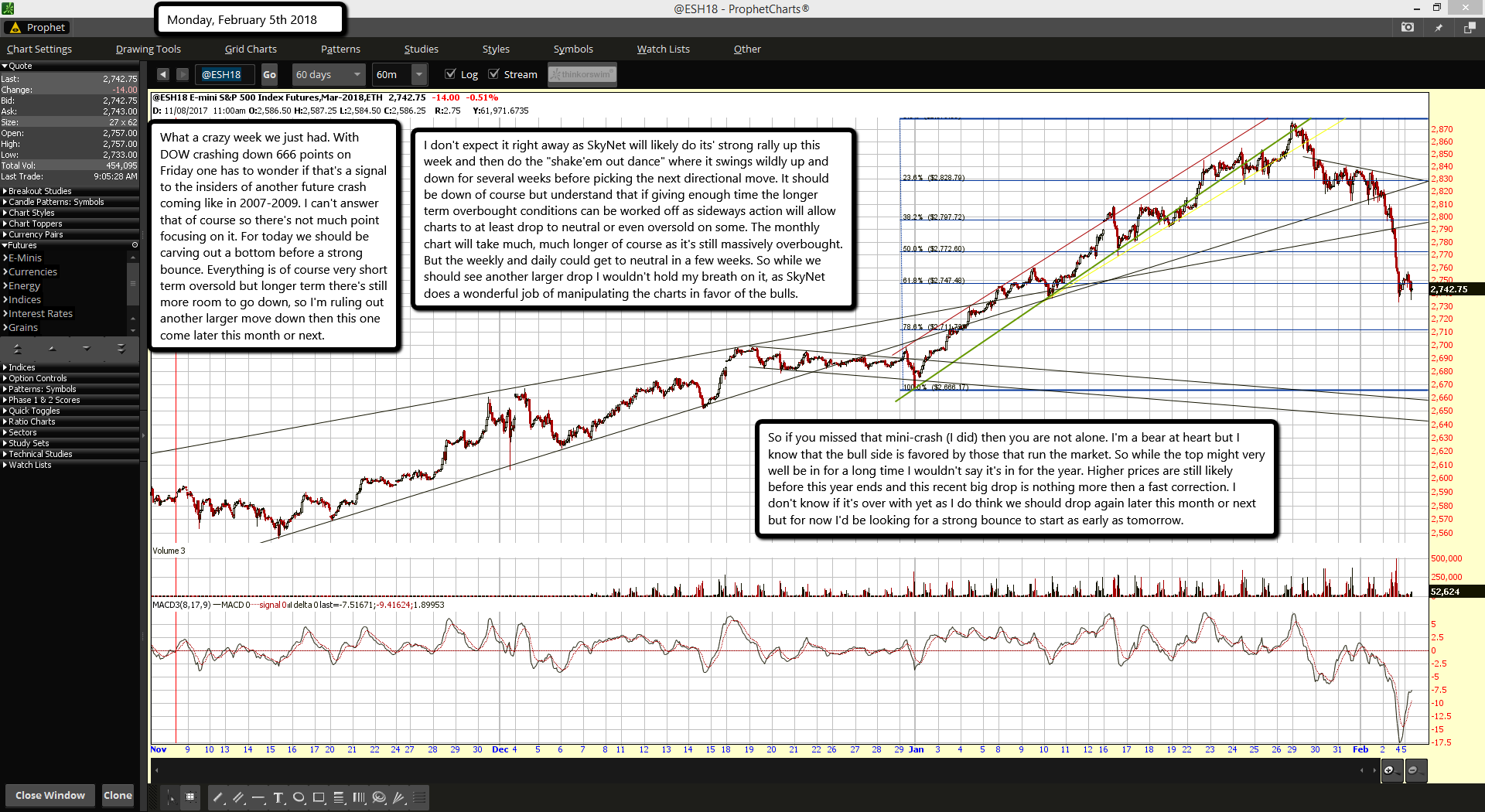 What a crazy week we just had. With DOW crashing down 666 points on Friday one has to wonder if that's a signal to the insiders of another future crash coming like in 2007-2009. I can't answer that of course so there's not much point focusing on it. For today we should be carving out a bottom before a strong bounce. Everything is of course very short term oversold but longer term there's still more room to go down, so I'm ruling out another larger move down then this one come later this month or next.

I don't expect it right away as SkyNet will likely do its' strong rally up this week and then do the "shake'em out dance" where it swings wildly up and down for several weeks before picking the next directional move. It should be down of course but understand that if giving enough time the longer term overbought conditions can be worked off as sideways action will allow charts to at least drop to neutral or even oversold on some. The monthly chart will take much, much longer of course as it's still massively overbought. But the weekly and daily could get to neutral in a few weeks. So while we should see another larger drop I wouldn't hold my breath on it, as SkyNet does a wonderful job of manipulating the charts in favor of the bulls.

So if you missed that mini-crash (I did) then you are not alone. I'm a bear at heart but I know that the bull side is favored by those that run the market. So while the top might very well be in for a long time I wouldn't say it's in for the year. Higher prices are still likely before this year ends and this recent big drop is nothing more then a fast correction. I don't know if it's over with yet as I do think we should drop again later this month or next but for now I'd be looking for a strong bounce to start as early as tomorrow.