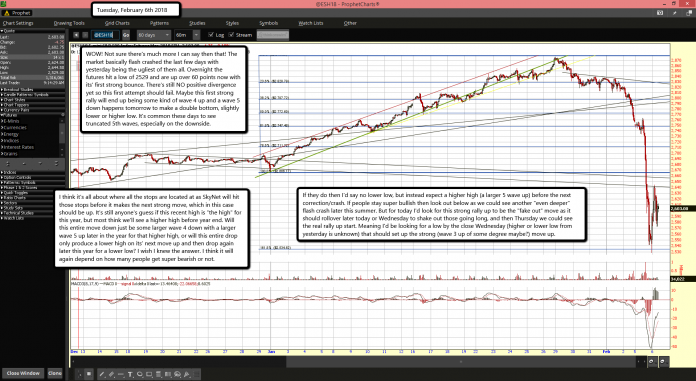 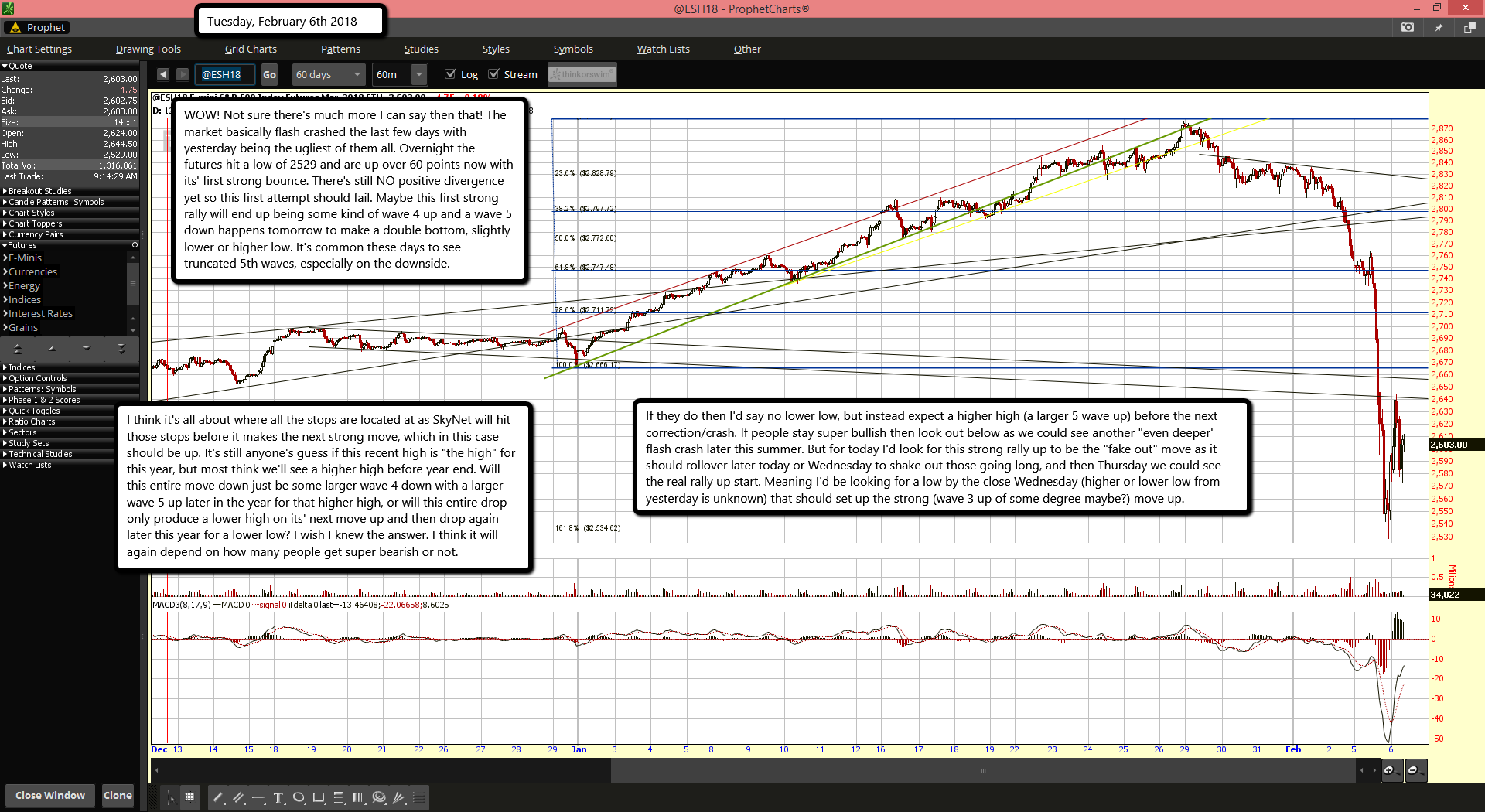 WOW! Not sure there's much more I can say then that! The market basically flash crashed the last few days with yesterday being the ugliest of them all. Overnight the futures hit a low of 2529 and are up over 60 points now with its' first strong bounce. There's still NO positive divergence yet so this first attempt should fail. Maybe this first strong rally will end up being some kind of wave 4 up and a wave 5 down happens tomorrow to make a double bottom, slightly lower or higher low. It's common these days to see truncated 5th waves, especially on the downside.

I think it's all about where all the stops are located at as SkyNet will hit those stops before it makes the next strong move, which in this case should be up. It's still anyone's guess if this recent high is "the high" for this year, but most think we'll see a higher high before year end. Will this entire move down just be some larger wave 4 down with a larger wave 5 up later in the year for that higher high, or will this entire drop only produce a lower high on its' next move up and then drop again later this year for a lower low? I wish I knew the answer. I think it will again depend on how many people get super bearish or not.

If they do then I'd say no lower low, but instead expect a higher high (a larger 5 wave up) before the next correction/crash. If people stay super bullish then look out below as we could see another "even deeper" flash crash later this summer. But for today I'd look for this strong rally up to be the "fake out" move as it should rollover later today or Wednesday to shake out those going long, and then Thursday we could see the real rally up start. Meaning I'd be looking for a low by the close Wednesday (higher or lower low from yesterday is unknown) that should set up the strong (wave 3 up of some degree maybe?) move up.