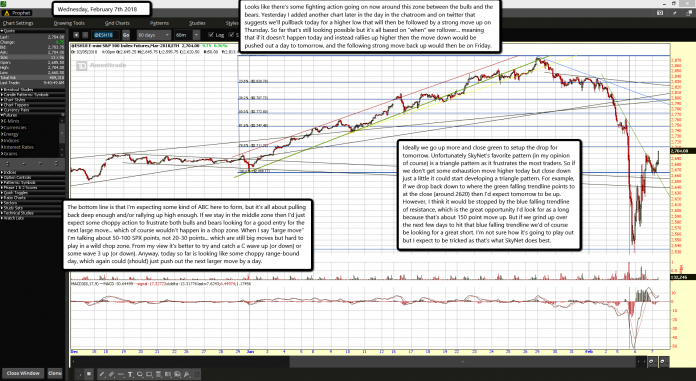 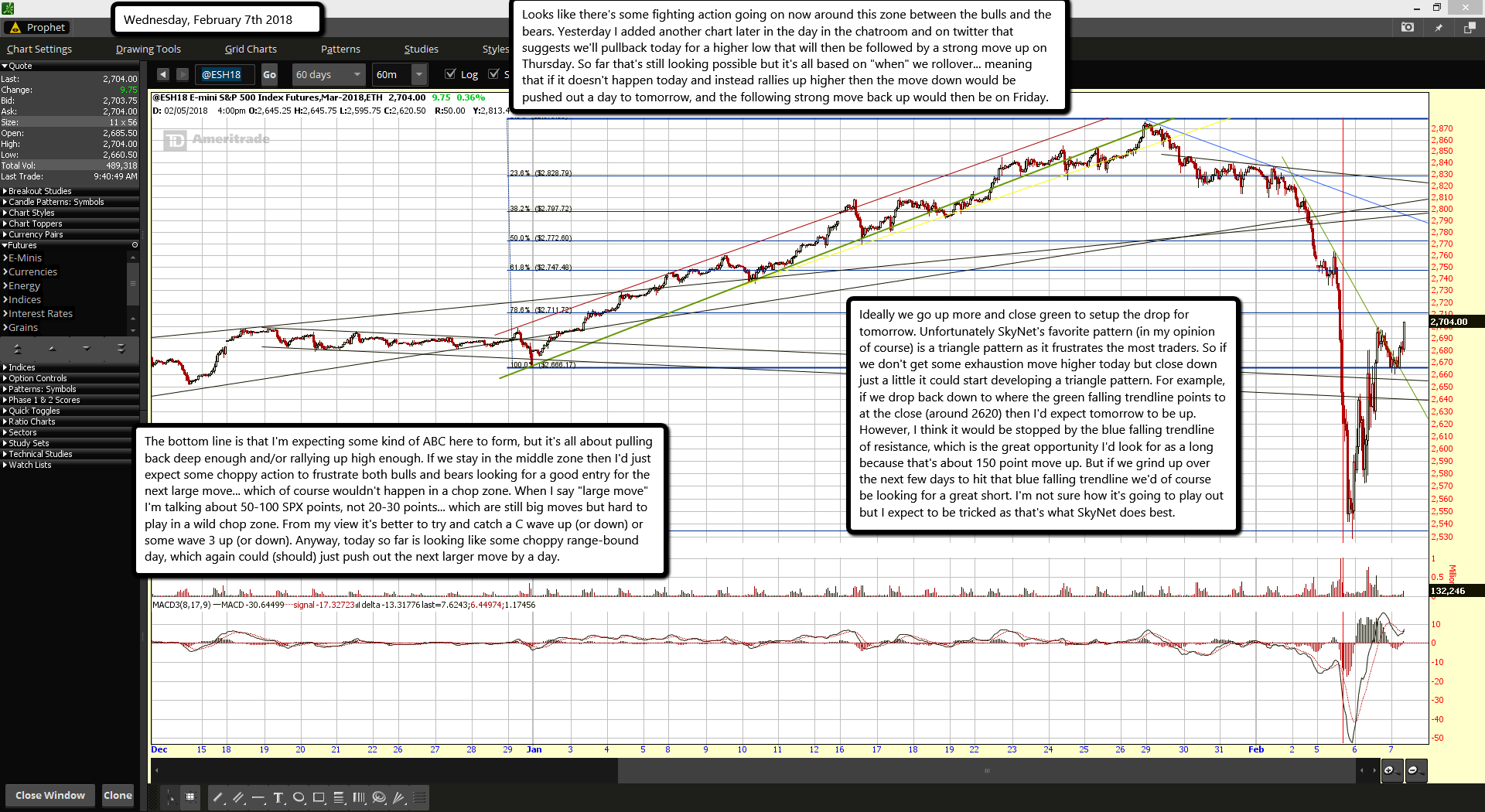 Looks like there's some fighting action going on now around this zone between the bulls and the bears. Yesterday I added another chart later in the day in the chatroom and on twitter that suggests we'll pullback today for a higher low that will then be followed by a strong move up on Thursday. So far that's still looking possible but it's all based on "when" we rollover... meaning that if it doesn't happen today and instead rallies up higher then the move down would be pushed out a day to tomorrow, and the following strong move back up would then be on Friday.

The bottom line is that I'm expecting some kind of ABC here to form, but it's all about pulling back deep enough and/or rallying up high enough. If we stay in the middle zone then I'd just expect some choppy action to frustrate both bulls and bears looking for a good entry for the next large move... which of course wouldn't happen in a chop zone. When I say "large move" I'm talking about 50-100 SPX points, not 20-30 points... which are still big moves but hard to play in a wild chop zone. From my view it's better to try and catch a C wave up (or down) or some wave 3 up (or down). Anyway, today so far is looking like some choppy range-bound day, which again could (should) just push out the next larger move by a day.

Ideally we go up more and close green to setup the drop for tomorrow. Unfortunately SkyNet's favorite pattern (in my opinion of course) is a triangle pattern as it frustrates the most traders. So if we don't get some exhaustion move higher today but close down just a little it could start developing a triangle pattern. For example, if we drop back down to where the green falling trendline points to at the close (around 2620) then I'd expect tomorrow to be up. However, I think it would be stopped by the blue falling trendline of resistance, which is the great opportunity I'd look for as a long because that's about 150 point move up. But if we grind up over the next few days to hit that blue falling trendline we'd of course be looking for a great short. I'm not sure how it's going to play out but I expect to be tricked as that's what SkyNet does best.