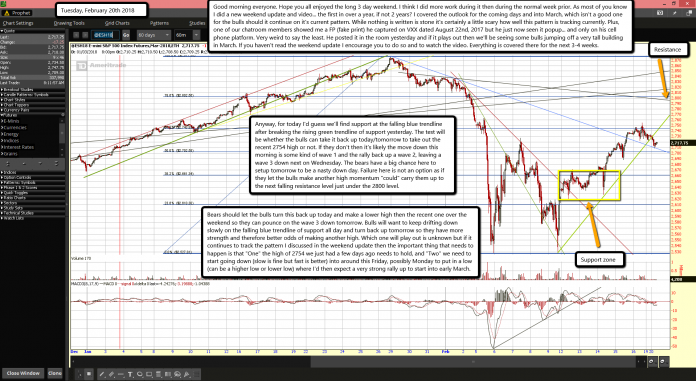 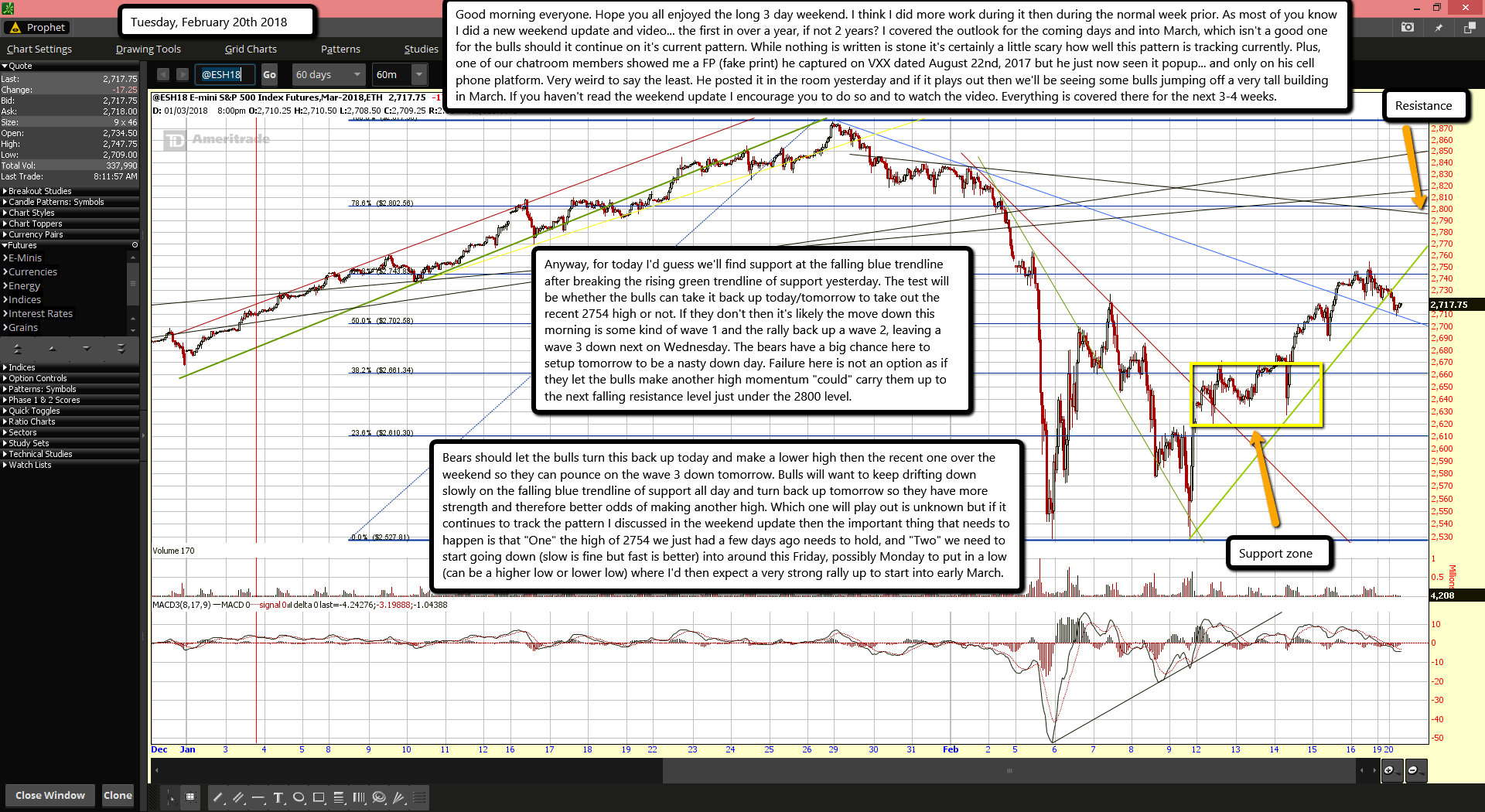 Good morning everyone. Hope you all enjoyed the long 3 day weekend. I think I did more work during it then during the normal week prior. As most of you know I did a new weekend update and video... the first in over a year, if not 2 years? I covered the outlook for the coming days and into March, which isn't a good one for the bulls should it continue on it's current pattern. While nothing is written is stone it's certainly a little scary how well this pattern is tracking currently. Plus, one of our chatroom members showed me a FP (fake print) he captured on VXX dated August 22nd, 2017 but he just now seen it popup... and only on his cell phone platform. Very weird to say the least. He posted it in the room yesterday and if it plays out then we'll be seeing some bulls jumping off a very tall building in March. If you haven't read the weekend update I encourage you to do so and to watch the video. Everything is covered there for the next 3-4 weeks.

Anyway, for today I'd guess we'll find support at the falling blue trendline after breaking the rising green trendline of support yesterday. The test will be whether the bulls can take it back up today/tomorrow to take out the recent 2754 high or not. If they don't then it's likely the move down this morning is some kind of wave 1 and the rally back up a wave 2, leaving a wave 3 down next on Wednesday. The bears have a big chance here to setup tomorrow to be a nasty down day. Failure here is not an option as if they let the bulls make another high momentum "could" carry them up to the next falling resistance level just under the 2800 level.

Bears should let the bulls turn this back up today and make a lower high then the recent one over the weekend so they can pounce on the wave 3 down tomorrow. Bulls will want to keep drifting down slowly on the falling blue trendline of support all day and turn back up tomorrow so they have more strength and therefore better odds of making another high. Which one will play out is unknown but if it continues to track the pattern I discussed in the weekend update then the important thing that needs to happen is that "One" the high of 2754 we just had a few days ago needs to hold, and "Two" we need to start going down (slow is fine but fast is better) into around this Friday, possibly Monday to put in a low (can be a higher low or lower low) where I'd then expect a very strong rally up to start into early March. 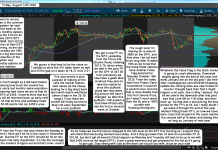