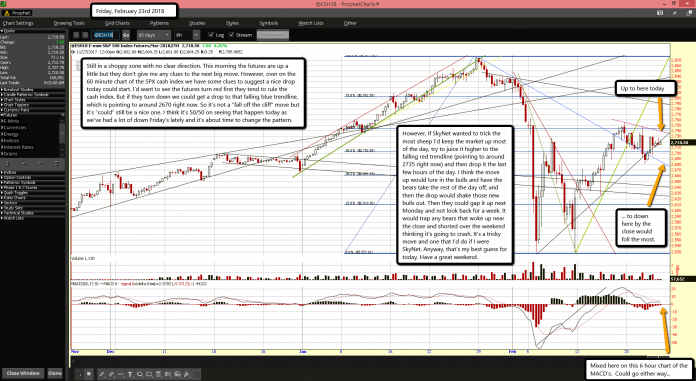 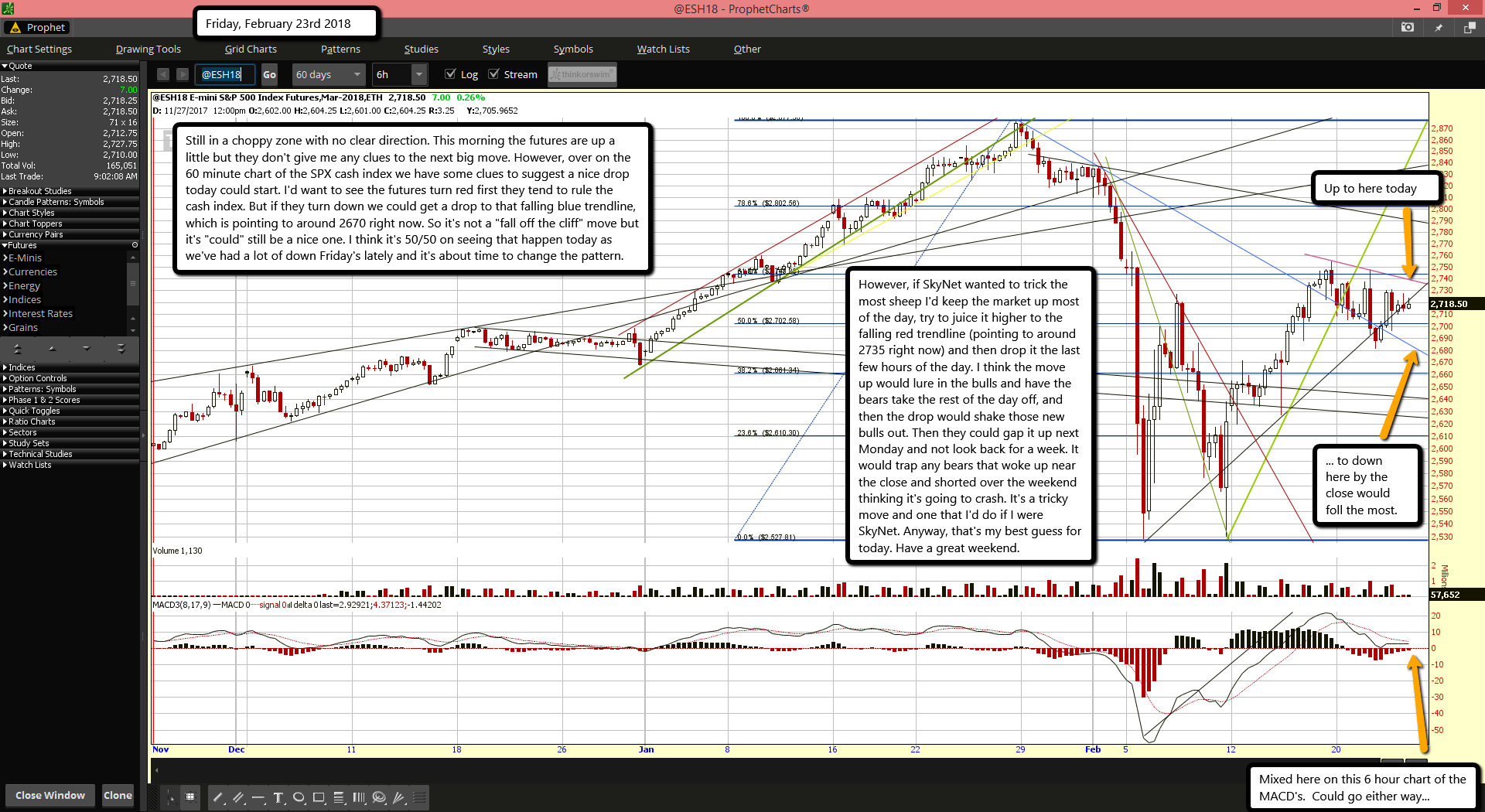 Still in a choppy zone with no clear direction. This morning the futures are up a little but they don't give me any clues to the next big move. However, over on the 60 minute chart of the SPX cash index we have some clues to suggest a nice drop today could start. I'd want to see the futures turn red first they tend to rule the cash index. But if they turn down we could get a drop to that falling blue trendline, which is pointing to around 2670 right now. So it's not a "fall off the cliff" move but it's "could" still be a nice one. I think it's 50/50 on seeing that happen today as we've had a lot of down Friday's lately and it's about time to change the pattern.

However, if SkyNet wanted to trick the most sheep I'd keep the market up most of the day, try to juice it higher to the falling red trendline (pointing to around 2735 right now) and then drop it the last few hours of the day. I think the move up would lure in the bulls and have the bears take the rest of the day off, and then the drop would shake those new bulls out. Then they could gap it up next Monday and not look back for a week. It would trap any bears that woke up near the close and shorted over the weekend thinking it's going to crash. It's a tricky move and one that I'd do if I were SkyNet. Anyway, that's my best guess for today. Have a great weekend.