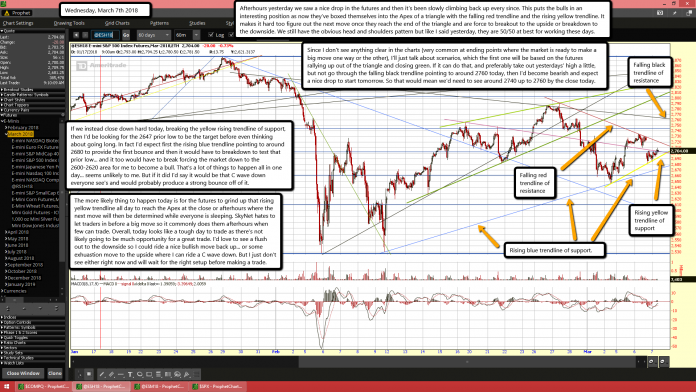 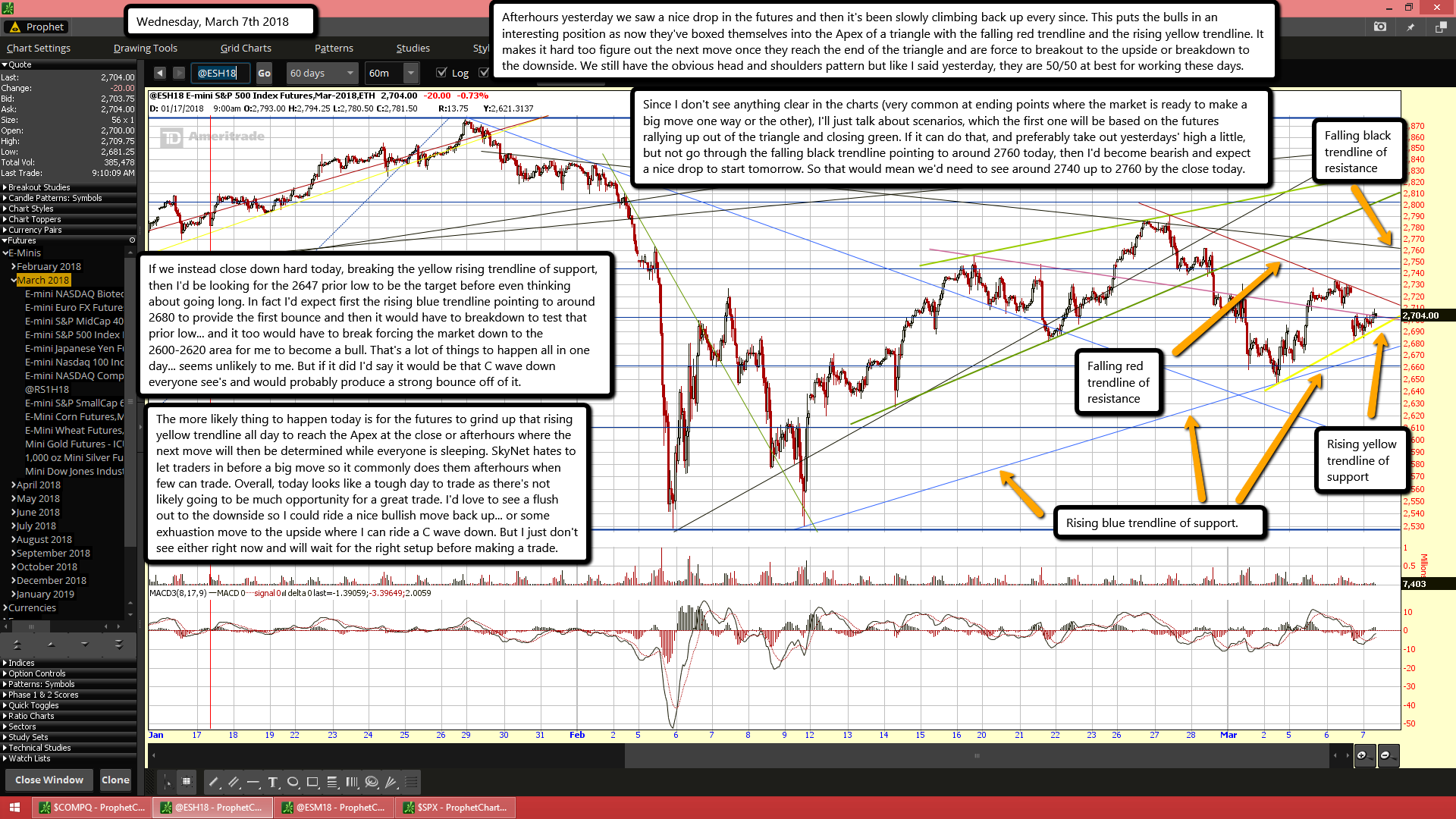 Afterhours yesterday we saw a nice drop in the futures and then it's been slowly climbing back up every since. This puts the bulls in an interesting position as now they've boxed themselves into the Apex of a triangle with the falling red trendline and the rising yellow trendline. It makes it hard too figure out the next move once they reach the end of the triangle and are force to breakout to the upside or breakdown to the downside. We still have the obvious head and shoulders pattern but like I said yesterday, they are 50/50 at best for working these days.

Since I don't see anything clear in the charts (very common at ending points where the market is ready to make a big move one way or the other), I'll just talk about scenarios, which the first one will be based on the futures rallying up out of the triangle and closing green. If it can do that, and preferably take out yesterdays' high a little, but not go through the falling black trendline pointing to around 2760 today, then I'd become bearish and expect a nice drop to start tomorrow. So that would mean we'd need to see around 2740 up to 2760 by the close today.

If we instead close down hard today, breaking the yellow rising trendline of support, then I'd be looking for the 2647 prior low to be the target before even thinking about going long. In fact I'd expect first the rising blue trendline pointing to around 2680 to provide the first bounce and then it would have to breakdown to test that prior low... and it too would have to break forcing the market down to the 2600-2620 area for me to become a bull. That's a lot of things to happen all in one day... seems unlikely to me. But if it did I'd say it would be that C wave down everyone see's and would probably produce a strong bounce off of it.

The more likely thing to happen today is for the futures to grind up that rising yellow trendline all day to reach the Apex at the close or afterhours where the next move will then be determined while everyone is sleeping. SkyNet hates to let traders in before a big move so it commonly does them afterhours when few can trade. Overall, today looks like a tough day to trade as there's not likely going to be much opportunity for a great trade. I'd love to see a flush out to the downside so I could ride a nice bullish move back up... or some exhuastion move to the upside where I can ride a C wave down. But I just don't see either right now and will wait for the right setup before making a trade.