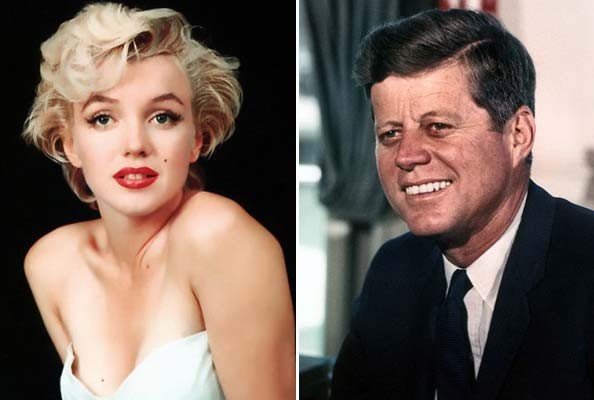 John F. Kennedy was well known for having an affair with Marilyn Monroe.  Now everyone seems to be saying that Trump had one as well.  Whether it's true or not isn't important, what's important is how focused the main stream propaganda machine seem to be about it.

With all the attention on Trump having this affair with a very beautiful woman they can gets people's attention off of the pedophile rings going on both inside the main stream media and of course with the Clinton's, Bushes, and all the high and powerful leaders of companies as well as congressmen and senators.

It's exactly the reason they are attacking him over and over with every piece of dirt they can find.  Not that I'm supporting his affair but at least it was with a woman and not an 8 year boy (or younger) that this elite gay pedophiles are raping and killing in ritual sacrifices.

If you really want to know how deep this rabbit hole of corruption, pedophilia, fraud, theft, and ritual sacrifices you need to start following QANON (https://www.youtube.com/user/rmswill/videos) who tells you what Trump is really doing behind the scenes to save America from these satanists.

And here's the Washington Post bashing Trump to the sheep will forget about Hilary and her pizza gate pedophile emails, as well as fraud in everything you can imagine. 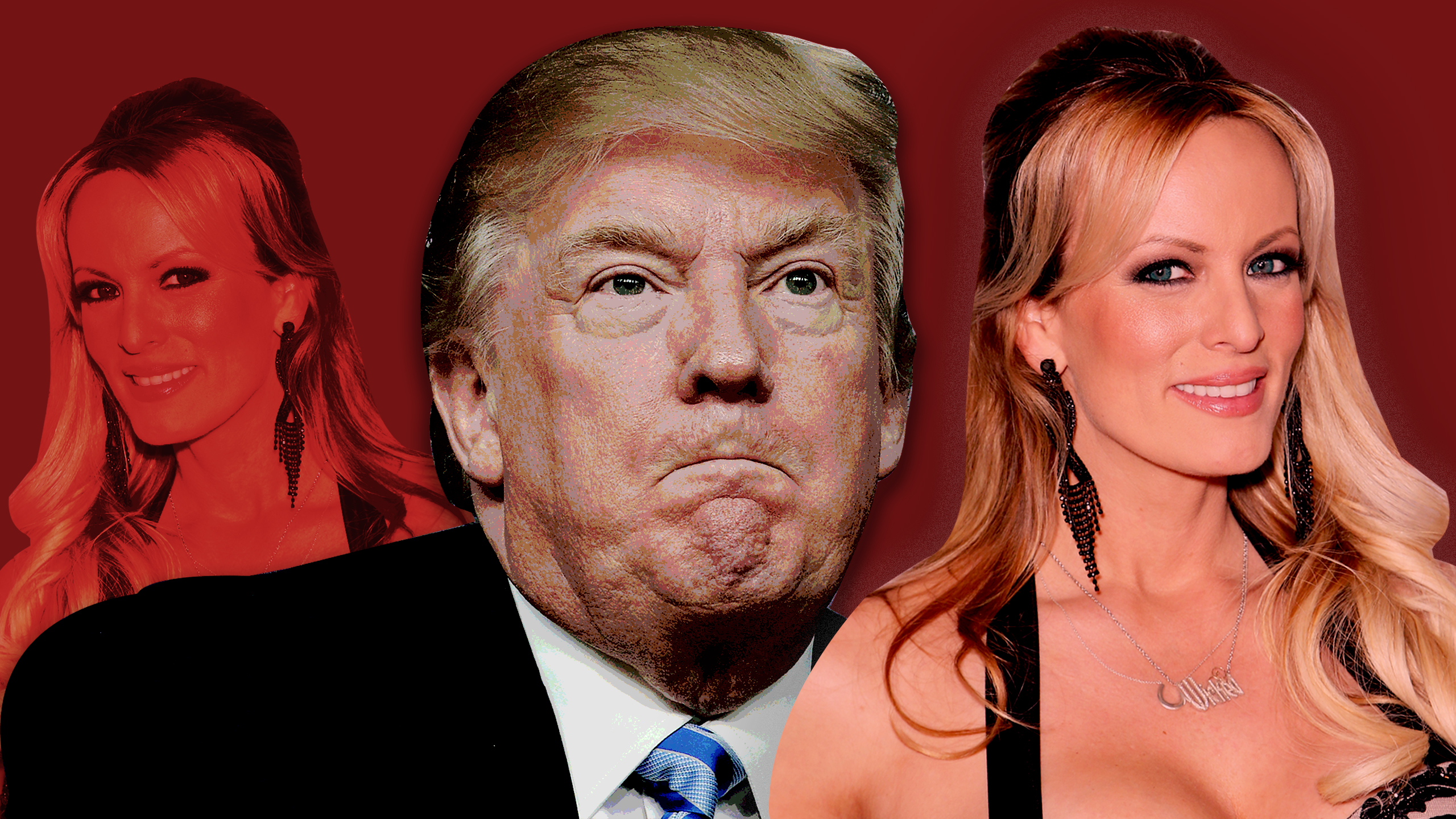 Adult-film star Stormy Daniels reportedly was paid to remain silent about a sexual relationship with Donald Trump before he was president.

In the lawsuit filed in Los Angeles Superior Court, Daniels — whose real name is Stephanie Clifford — said she had wanted to go public with the story of her alleged decade-old affair with Trump in the weeks leading up to the election. The lawsuit was first reported by NBC News.

Trump’s lawyer, Michael Cohen, and Daniels’s attorney at the time, Keith Davidson, negotiated what the lawsuit calls a “hush agreement” in which she would be paid $130,000. After delays and even a cancellation of the contract by Daniels on Oct. 17, the payment arrived on Oct. 27, 12 days before the election, according to emails reviewed by The Washington Post. Cohen said recently that he had used his own money to “facilitate” the payment.

The lawsuit suggests that Trump was aware of the agreement and that the money was intended to influence the election’s outcome. That intimation bolsters two complaints filed with the Federal Election Commission that say the payment violated election law because it was not reported as an in-kind campaign donation.

The lawsuit says: “Mr. Trump, with the assistance of his attorney, Mr. Cohen, aggressively sought to silence Ms. Clifford as part of an effort to avoid her telling the truth, thus helping to ensure he won the presidential election.”

Cohen has previously denied that the payment breached campaign finance law. But the lawsuit raises new accusations against Cohen, saying that “through intimidation and coercive tactics,” he caused Daniels this year to sign a statement denying the affair. The suit says Cohen has continued to try to “intimidate” Daniels into keeping quiet in recent weeks as reports about the deal and Daniels’s relationship with Trump have leaked out and Daniels has given television interviews.

Cohen did not respond Tuesday to a request for comment. Davidson, the attorney who negotiated the deal for Daniels, declined to comment.

The White House did not immediately respond to a request for comment Tuesday evening. A spokesman for the Trump campaign, Michael Glassner, declined to comment.

Gina Rodriguez, who has represented Daniels, referred all questions about the suit to Daniels’s new attorney, Michael Avenatti. He said in an email: “A Supreme Court Justice once said that ‘sunlight is the best disinfectant.’ And we fully intend on bringing as much sunlight to this matter as possible. Let the chips fall where they may.”

In the complaint, filed under Daniels’s real name — Clifford — the court is asked to declare the deal with Trump invalid and unenforceable, and it says Trump deliberately did not sign it so that he could later disavow knowledge of it.

A person familiar with the deal said it required the signature of Cohen or Trump, but not both. The person described as “buyer’s remorse” Daniels’s decision to sue 16 months after she was paid.

Appended to the complaint is a copy of the alleged agreement between Clifford and Trump, making the document public for the first time.

On Oct. 17, 2016, Cohen formed a limited liability corporation in Delaware that he used to send $130,000 to Daniels under her “Clifford” name, according to public records and a person familiar with the transaction. The lawsuit alleges that Cohen formed the LLC “to hide the true sources of funds to be used to pay Ms. Clifford, thus further insulating Mr. Trump from later discovery and scrutiny.”

Avenatti graduated from the University of Pennsylvania and George Washington University Law School, and founded the law firm Eagan Avenatti, LLP in 2007 with offices in Newport Beach, Calif., Los Angeles and San Francisco.

His website promotes Avenatti as an attorney, commentator and entrepreneur who has represented parties in cases brought against celebrity defendants, including Paris Hilton and Jim Carrey, as well as athletes, business executives and Fortune 100 companies. Avenatti “works closely with the press and media in connection with his legal practice — an area in which most lawyers falter and under-utilize,” the site says.

Avenatti has ties to Democrats. He gave nearly $6,000 to Democratic candidates in federal elections prior to 2008, including John F. Kerry and John Edwards when they were seeking the presidency. And according to his website, he spent five years working for a political consulting firm run by Rahm Emanuel, a Democratic operative who later became President Barack Obama’s chief of staff and is now mayor of Chicago.

Karen Tynan, an attorney for the adult entertainment industry, described the suit as a smart move, avoiding the possibility of private arbitration.

“Stormy has got time to amend the complaint and add more causes of action in the next few weeks,” Tynan said in a message. “This is absolutely and unequivocally not a good development for Michael Cohen or the president.”

Should we be worried about some possible affair did 10 years ago or about fraud, corruption, and pedophile rings that have been destroying America for years?