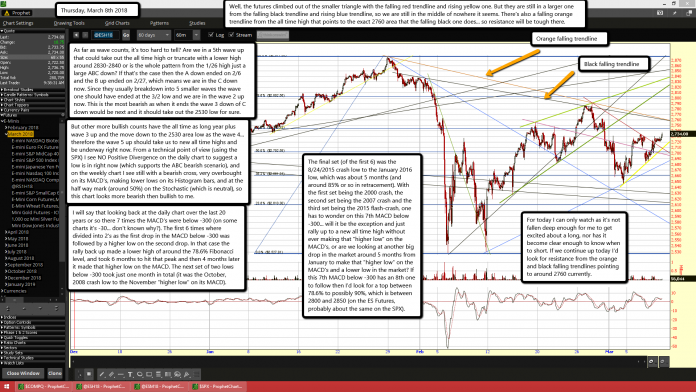 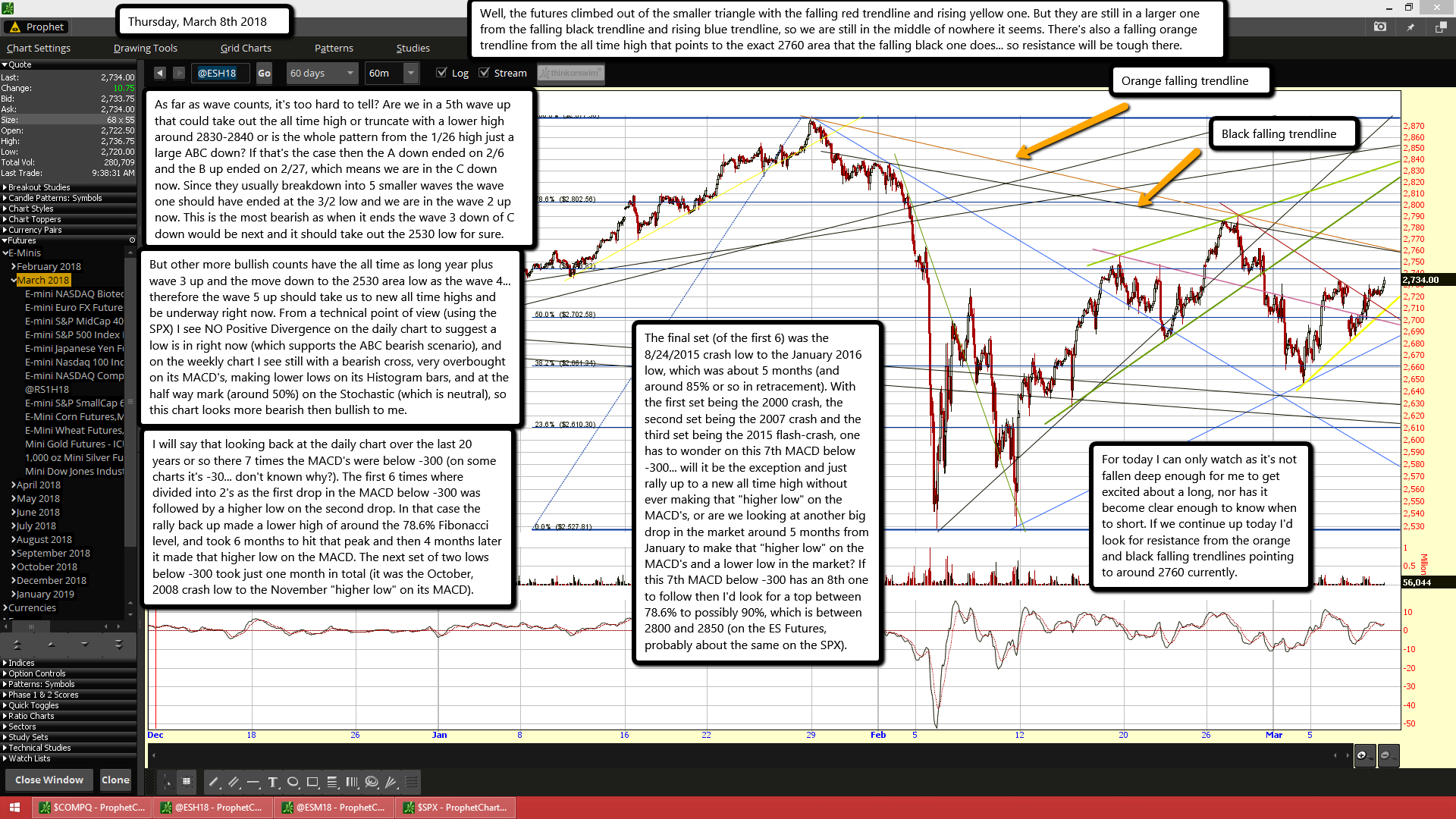 As far as wave counts, it's too hard to tell? Are we in a 5th wave up that could take out the all time high or truncate with a lower high around 2830-2840 or is the whole pattern from the 1/26 high just a large ABC down? If that's the case then the A down ended on 2/6 and the B up ended on 2/27, which means we are in the C down now. Since they usually breakdown into 5 smaller waves the wave one should have ended at the 3/2 low and we are in the wave 2 up now. This is the most bearish as when it ends the wave 3 down of C down would be next and it should take out the 2530 low for sure.

But other more bullish counts have the all time as long year plus wave 3 up and the move down to the 2530 area low as the wave 4... therefore the wave 5 up should take us to new all time highs and be underway right now. From a technical point of view (using the SPX) I see NO Positive Divergence on the daily chart to suggest a low is in right now (which supports the ABC bearish scenario), and on the weekly chart I see still with a bearish cross, very overbought on its MACD's, making lower lows on its Histogram bars, and at the half way mark (around 50%) on the Stochastic (which is neutral), so this chart looks more bearish then bullish to me.

I will say that looking back at the daily chart over the last 20 years or so there 7 times the MACD's were below -300 (on some charts it's -30... don't known why?). The first 6 times where divided into 2's as the first drop in the MACD below -300 was followed by a higher low on the second drop. In that case the rally back up made a lower high of around the 78.6% Fibonacci level, and took 6 months to hit that peak and then 4 months later it made that higher low on the MACD. The next set of two lows below -300 took just one month in total (it was the October, 2008 crash low to the November "higher low" on its MACD).

For today I can only watch as it's not fallen deep enough for me to get excited about a long, nor has it become clear enough to know when to short. If we continue up today I'd look for resistance from the orange and black falling trendlines pointing to around 2760 currently.