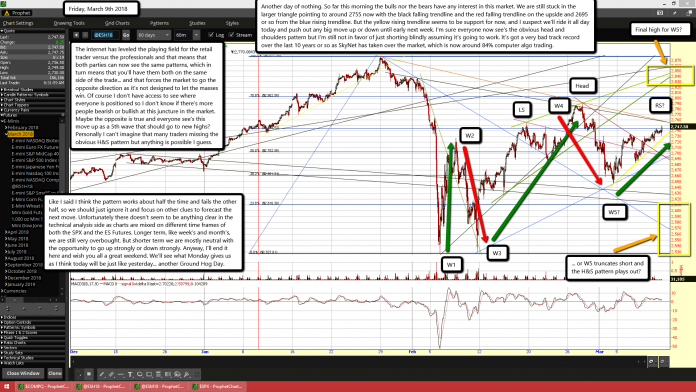 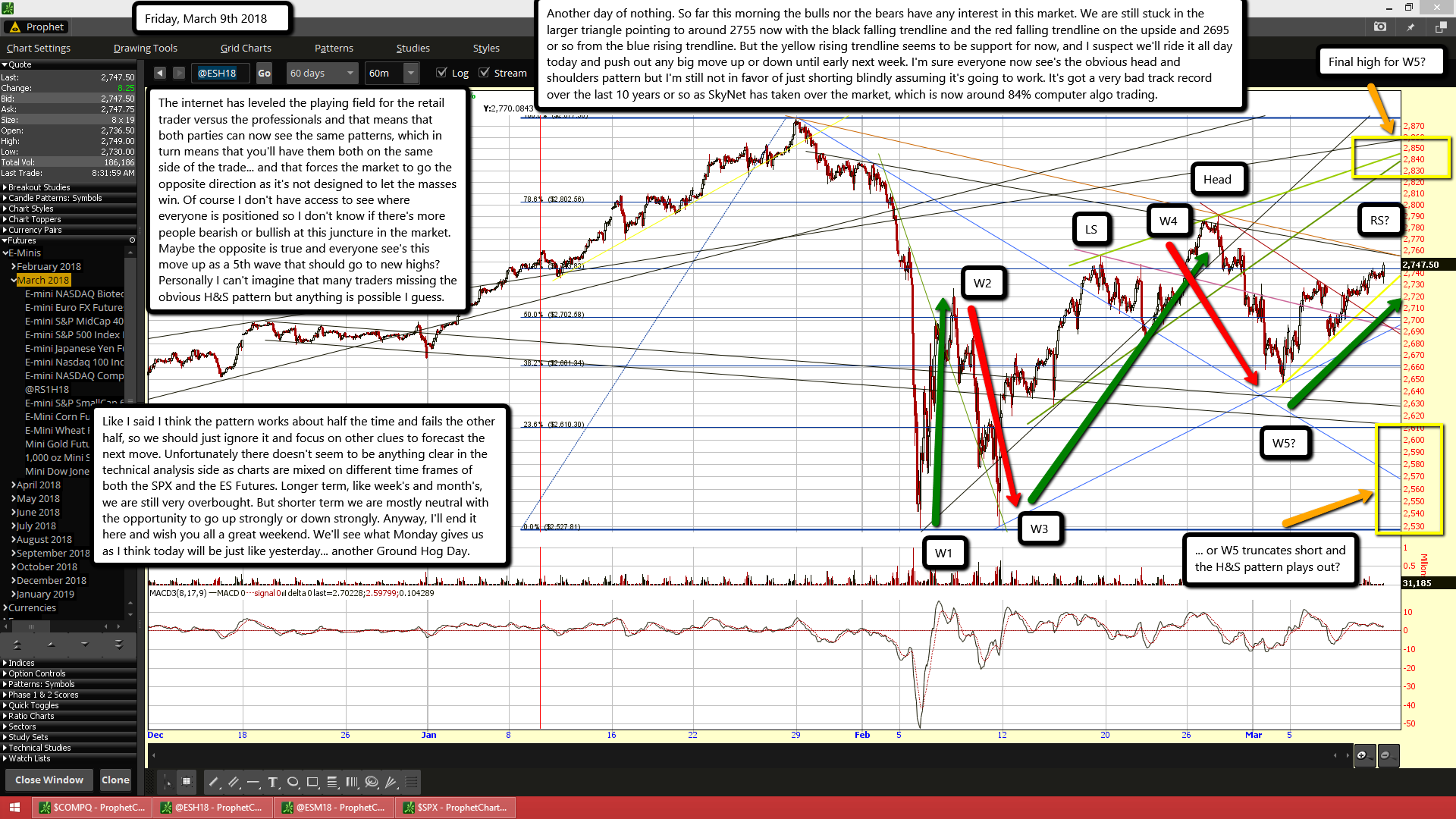 Another day of nothing. So far this morning the bulls nor the bears have any interest in this market. We are still stuck in the larger triangle pointing to around 2755 now with the black falling trendline and the red falling trendline on the upside and 2695 or so from the blue rising trendline. But the yellow rising trendline seems to be support for now, and I suspect we'll ride it all day today and push out any big move up or down until early next week. I'm sure everyone now see's the obvious head and shoulders pattern but I'm still not in favor of just shorting blindly assuming it's going to work. It's got a very bad track record over the last 10 years or so as SkyNet has taken over the market, which is now around 84% computer algo trading.

The internet has leveled the playing field for the retail trader versus the professionals and that means that both parties can now see the same patterns, which in turn means that you'll have them both on the same side of the trade... and that forces the market to go the opposite direction as it's not designed to let the masses win. Of course I don't have access to see where everyone is positioned so I don't know if there's more people bearish or bullish at this juncture in the market. Maybe the opposite is true and everyone see's this move up as a 5th wave that should go to new highs? Personally I can't imagine that many traders missing the obvious H&S pattern but anything is possible I guess.

Like I said I think the pattern works about half the time and fails the other half, so we should just ignore it and focus on other clues to forecast the next move. Unfortunately there doesn't seem to be anything clear in the technical analysis side as charts are mixed on different time frames of both the SPX and the ES Futures. Longer term, like week's and month's, we are still very overbought. But shorter term we are mostly neutral with the opportunity to go up strongly or down strongly. Anyway, I'll end it here and wish you all a great weekend. We'll see what Monday gives us as I think today will be just like yesterday... another Ground Hog Day.