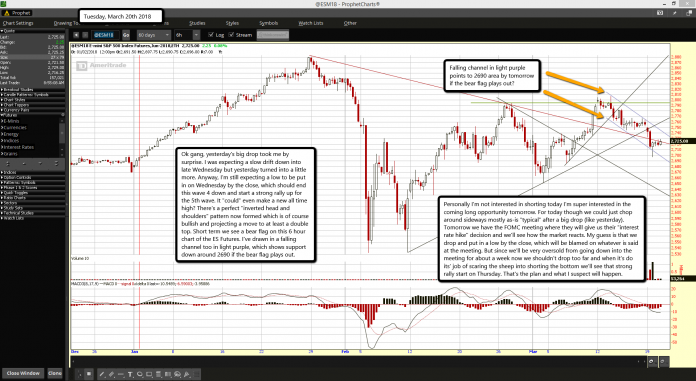 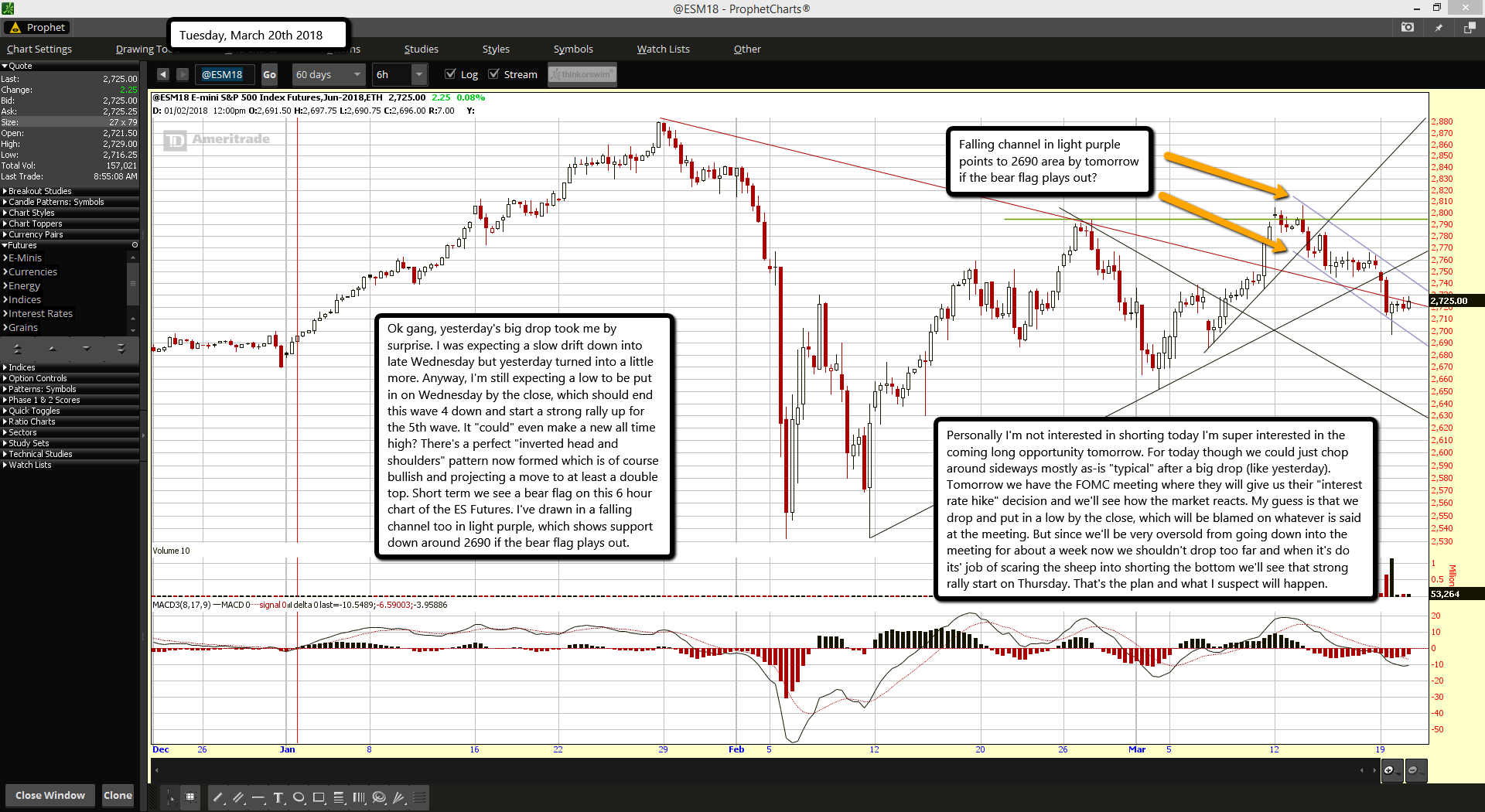 Ok gang, yesterday's big drop took me by surprise. I was expecting a slow drift down into late Wednesday but yesterday turned into a little more. Anyway, I'm still expecting a low to be put in on Wednesday by the close, which should end this wave 4 down and start a strong rally up for the 5th wave. It "could" even make a new all time high? There's a perfect "inverted head and shoulders" pattern now formed which is of course bullish and projecting a move to at least a double top. Short term we see a bear flag on this 6 hour chart of the ES Futures. I've drawn in a falling channel too in light purple, which shows support down around 2690 if the bear flag plays out.

Personally I'm not interested in shorting today I'm super interested in the coming long opportunity tomorrow. For today though we could just chop around sideways mostly as-is "typical" after a big drop (like yesterday). Tomorrow we have the FOMC meeting where they will give us their "interest rate hike" decision and we'll see how the market reacts. My guess is that we drop and put in a low by the close, which will be blamed on whatever is said at the meeting. But since we'll be very oversold from going down into the meeting for about a week now we shouldn't drop too far and when it's do its' job of scaring the sheep into shorting the bottom we'll see that strong rally start on Thursday. That's the plan and what I suspect will happen.