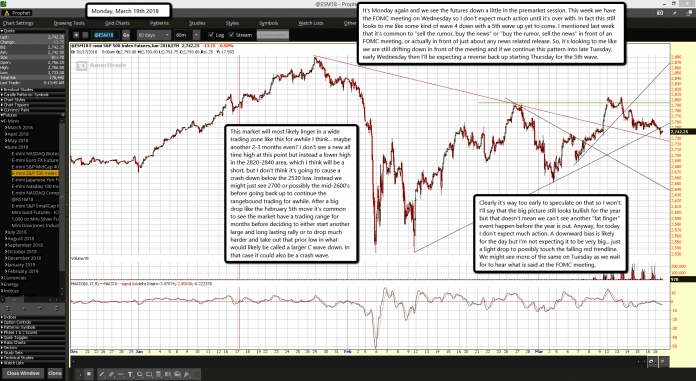 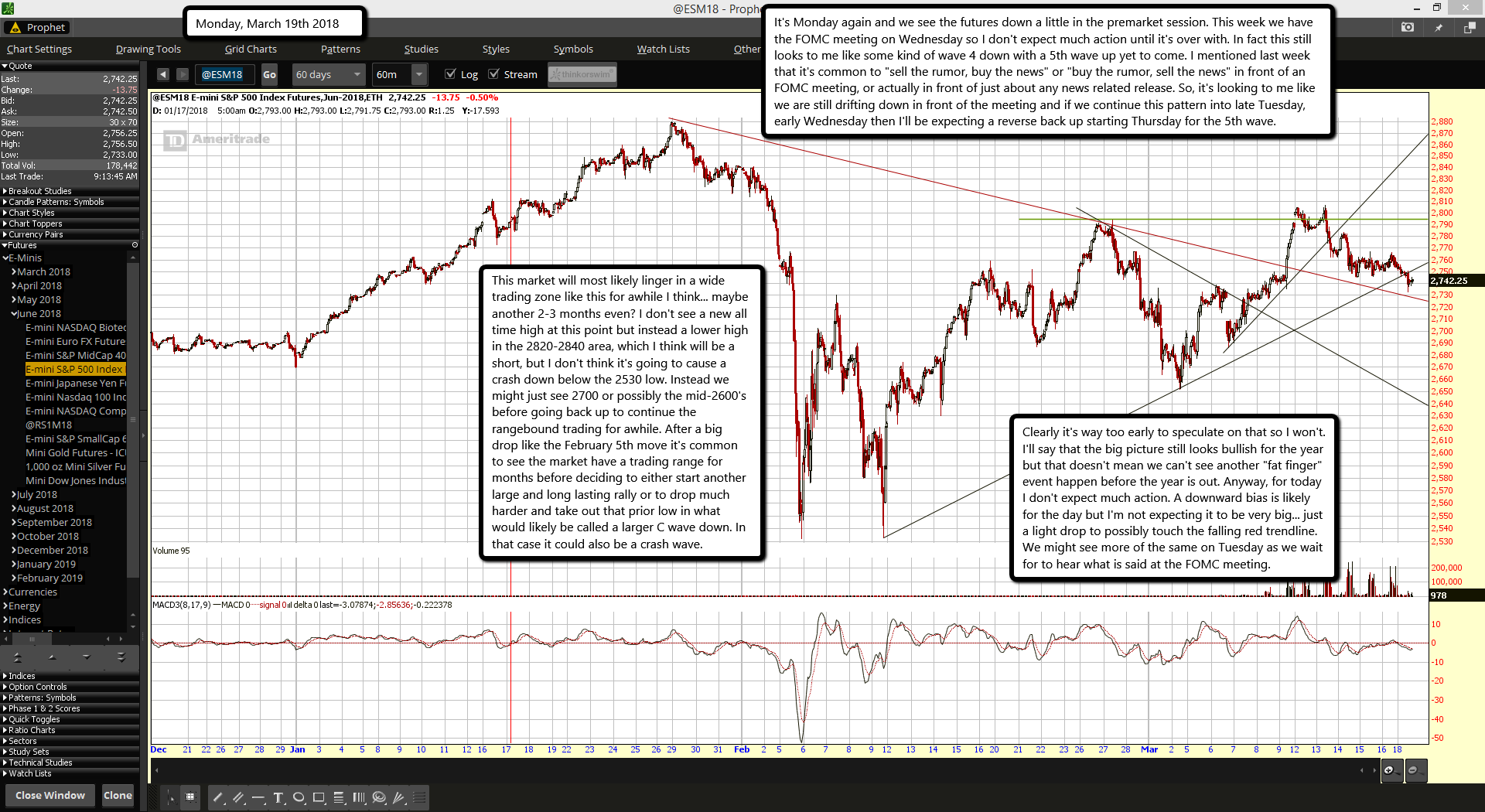 It's Monday again and we see the futures down a little in the premarket session. This week we have the FOMC meeting on Wednesday so I don't expect much action until it's over with. In fact this still looks to me like some kind of wave 4 down with a 5th wave up yet to come. I mentioned last week that it's common to "sell the rumor, buy the news" or "buy the rumor, sell the news" in front of an FOMC meeting, or actually in front of just about any news related release. So, it's looking to me like we are still drifting down in front of the meeting and if we continue this pattern into late Tuesday, early Wednesday then I'll be expecting a reverse back up starting Thursday for the 5th wave.

This market will most likely linger in a wide trading zone like this for awhile I think... maybe another 2-3 months even? I don't see a new all time high at this point but instead a lower high in the 2820-2840 area, which I think will be a short, but I don't think it's going to cause a crash down below the 2530 low. Instead we might just see 2700 or possibly the mid-2600's before going back up to continue the rangebound trading for awhile. After a big drop like the February 5th move it's common to see the market have a trading range for months before deciding to either start another large and long lasting rally or to drop much harder and take out that prior low in what would likely be called a larger C wave down. In that case it could also be a crash wave.

Clearly it's way too early to speculate on that so I won't. I'll say that the big picture still looks bullish for the year but that doesn't mean we can't see another "fat finger" event happen before the year is out. Anyway, for today I don't expect much action. A downward bias is likely for the day but I'm not expecting it to be very big... just a light drop to possibly touch the falling red trendline. We might see more of the same on Tuesday as we wait for to hear what is said at the FOMC meeting.