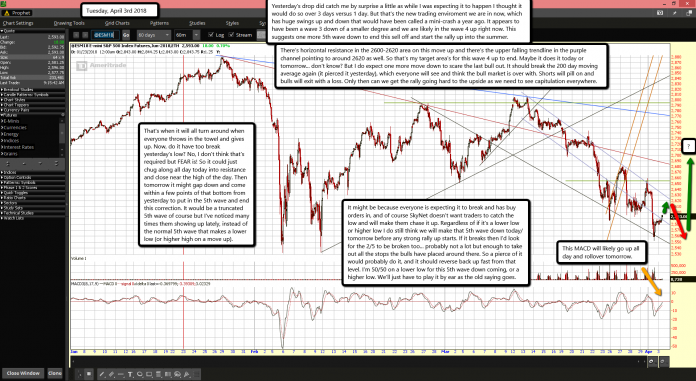 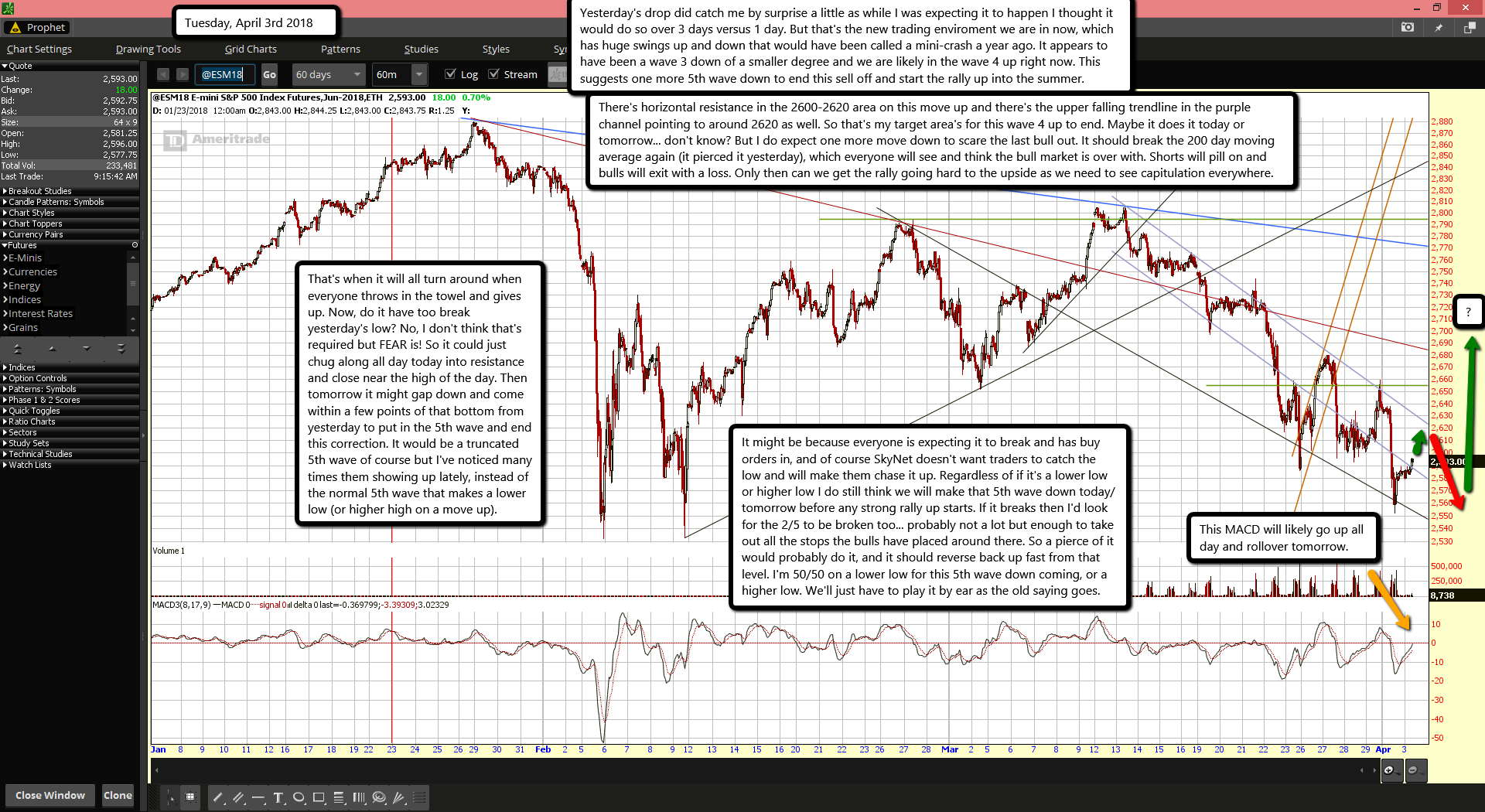 Yesterday's drop did catch me by surprise a little as while I was expecting it to happen I thought it would do so over 3 days versus 1 day. But that's the new trading enviroment we are in now, which has huge swings up and down that would have been called a mini-crash a year ago. It appears to have been a wave 3 down of a smaller degree and we are likely in the wave 4 up right now. This suggests one more 5th wave down to end this sell off and start the rally up into the summer.

There's horizontal resistance in the 2600-2620 area on this move up and there's the upper falling trendline in the purple channel pointing to around 2620 as well. So that's my target area's for this wave 4 up to end. Maybe it does it today or tomorrow... don't know? But I do expect one more move down to scare the last bull out. It should break the 200 day moving average again (it pierced it yesterday), which everyone will see and think the bull market is over with. Shorts will pill on and bulls will exit with a loss. Only then can we get the rally going hard to the upside as we need to see capitulation everywhere.

That's when it will all turn around when everyone throws in the towel and gives up. Now, do it have too break yesterday's low? No, I don't think that's required but FEAR is! So it could just chug along all day today into resistance and close near the high of the day. Then tomorrow it might gap down and come within a few points of that bottom from yesterday to put in the 5th wave and end this correction. It would be a truncated 5th wave of course but I've noticed many times them showing up lately, instead of the normal 5th wave that makes a lower low (or higher high on a move up).

It might be because everyone is expecting it to break and has buy orders in, and of course SkyNet doesn't want traders to catch the low and will make them chase it up. Regardless of if it's a lower low or higher low I do still think we will make that 5th wave down today/tomorrow before any strong rally up starts. If it breaks then I'd look for the 2/5 to be broken too... probably not a lot but enough to take out all the stops the bulls have placed around there. So a pierce of it would probably do it, and it should reverse back up fast from that level. I'm 50/50 on a lower low for this 5th wave down coming, or a higher low. We'll just have to play it by ear as the old saying goes.