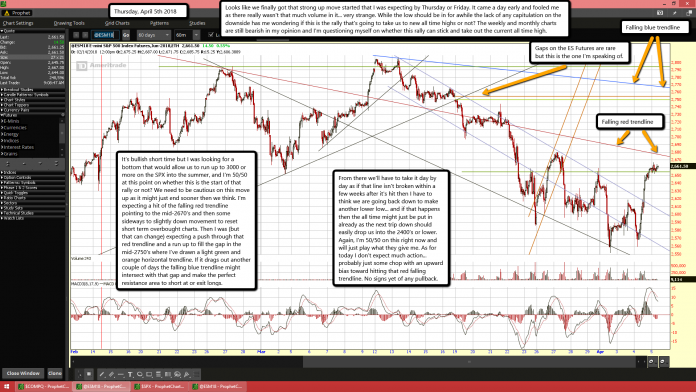 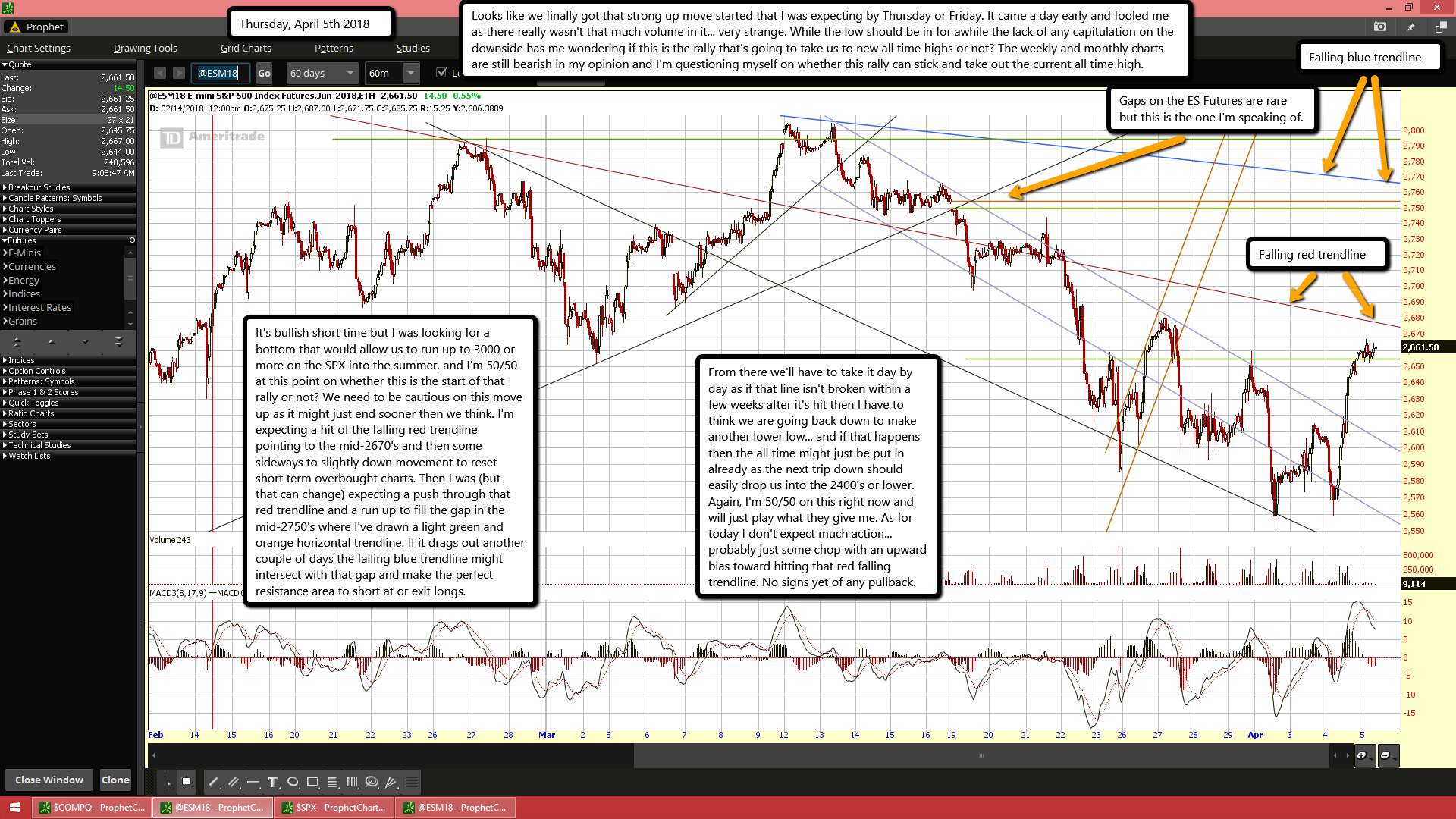 Looks like we finally got that strong up move started that I was expecting by Thursday or Friday. It came a day early and fooled me as there really wasn't that much volume in it... very strange. While the low should be in for awhile the lack of any capitulation on the downside has me wondering if this is the rally that's going to take us to new all time highs or not? The weekly and monthly charts are still bearish in my opinion and I'm questioning myself on whether this rally can stick and take out the current all time high.

It's bullish short time but I was looking for a bottom that would allow us to run up to 3000 or more on the SPX into the summer, and I'm 50/50 at this point on whether this is the start of that rally or not? We need to be cautious on this move up as it might just end sooner then we think. I'm expecting a hit of the falling red trendline pointing to the mid-2670's and then some sideways to slightly down movement to reset short term overbought charts. Then I was (but that can change) expecting a push through that red trendline and a run up to fill the gap in the mid-2750's where I've drawn a light green and orange horizontal trendline. If it drags out another couple of days the falling blue trendline might intersect with that gap and make the perfect resistance area to short at or exit longs.

From there we'll have to take it day by day as if that line isn't broken within a few weeks after it's hit then I have to think we are going back down to make another lower low... and if that happens then the all time might just be put in already as the next trip down should easily drop us into the 2400's or lower. Again, I'm 50/50 on this right now and will just play what they give me. As for today I don't expect much action... probably just some chop with an upward bias toward hitting that red falling trendline. No signs yet of any pullback.