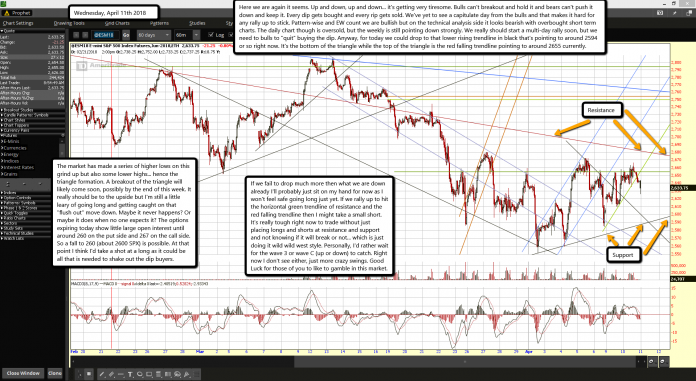 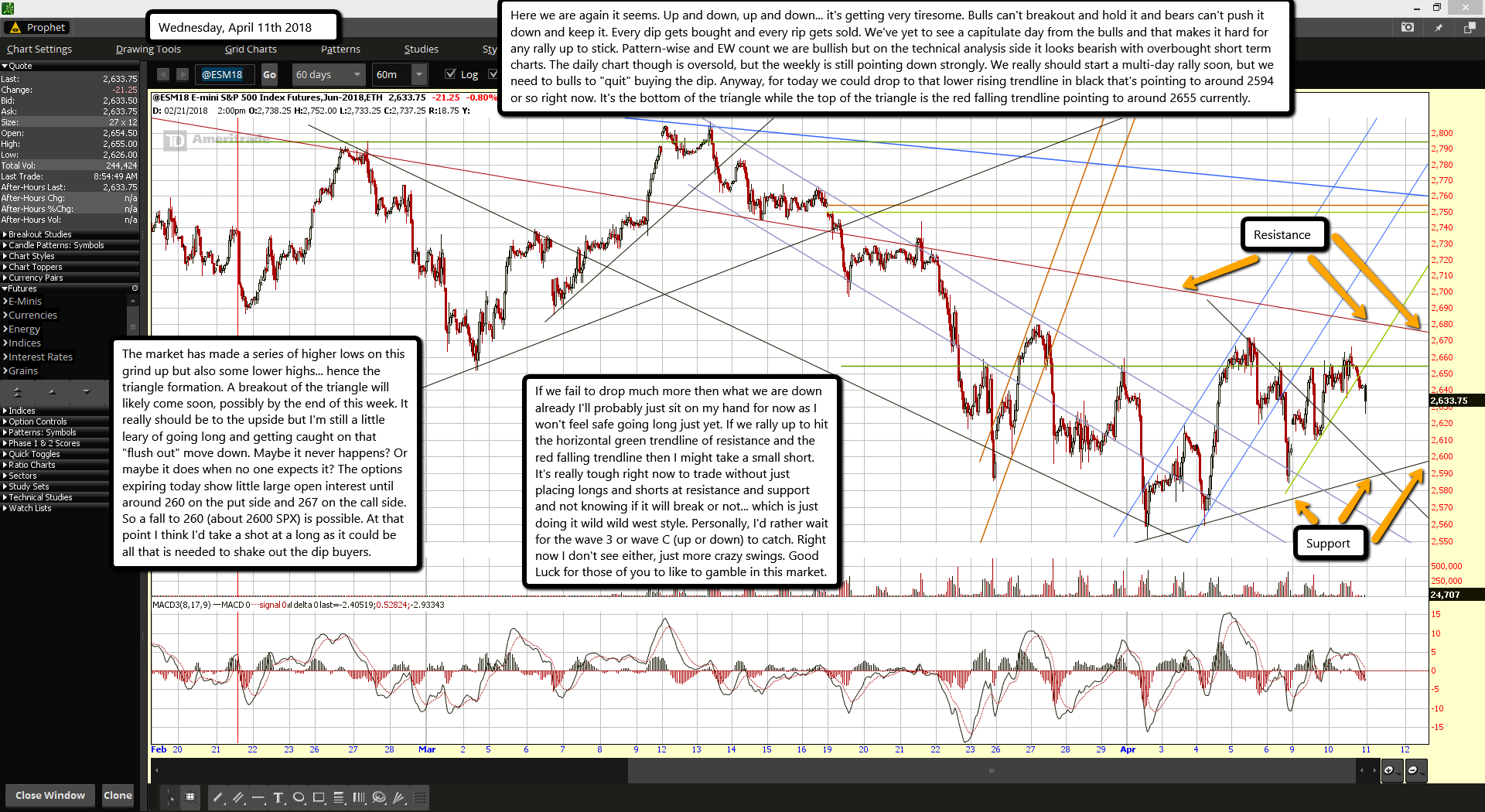 Here we are again it seems. Up and down, up and down... it's getting very tiresome. Bulls can't breakout and hold it and bears can't push it down and keep it. Every dip gets bought and every rip gets sold. We've yet to see a capitulate day from the bulls and that makes it hard for any rally up to stick. Pattern-wise and EW count we are bullish but on the technical analysis side it looks bearish with overbought short term charts. The daily chart though is oversold, but the weekly is still pointing down strongly. We really should start a multi-day rally soon, but we need to bulls to "quit" buying the dip. Anyway, for today we could drop to that lower rising trendline in black that's pointing to around 2594 or so right now. It's the bottom of the triangle while the top of the triangle is the red falling trendline pointing to around 2655 currently.

The market has made a series of higher lows on this grind up but also some lower highs... hence the triangle formation. A breakout of the triangle will likely come soon, possibly by the end of this week. It really should be to the upside but I'm still a little leary of going long and getting caught on that "flush out" move down. Maybe it never happens? Or maybe it does when no one expects it? The options expiring today show little large open interest until around 260 on the put side and 267 on the call side. So a fall to 260 (about 2600 SPX) is possible. At that point I think I'd take a shot at a long as it could be all that is needed to shake out the dip buyers.

If we fail to drop much more then what we are down already I'll probably just sit on my hand for now as I won't feel safe going long just yet. If we rally up to hit the horizontal green trendline of resistance and the red falling trendline then I might take a small short. It's really tough right now to trade without just placing longs and shorts at resistance and support and not knowing if it will break or not... which is just doing it wild wild west style. Personally, I'd rather wait for the wave 3 or wave C (up or down) to catch. Right now I don't see either, just more crazy swings. Good Luck for those of you to like to gamble in this market.