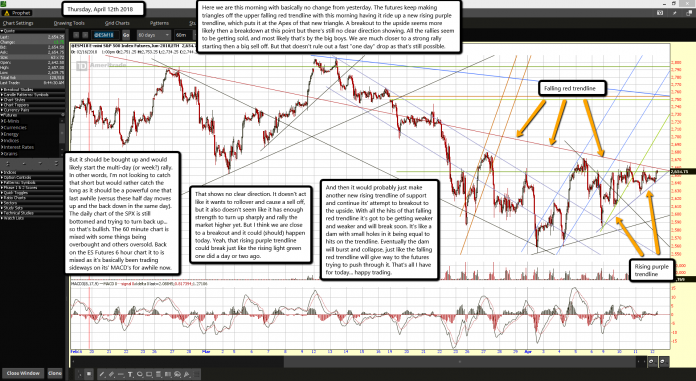 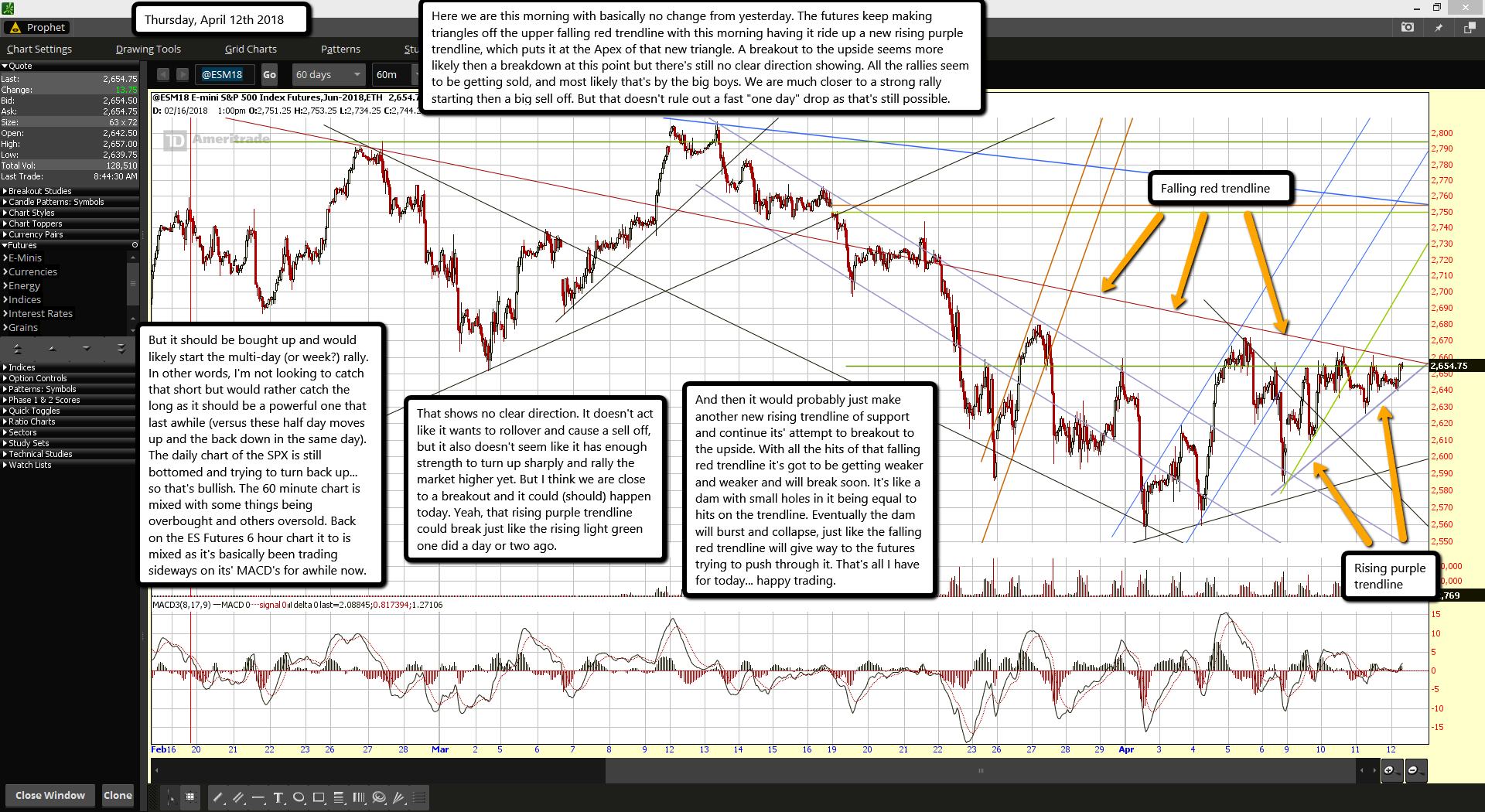 Here we are this morning with basically no change from yesterday. The futures keep making triangles off the upper falling red trendline with this morning having it ride up a new rising purple trendline, which puts it at the Apex of that new triangle. A breakout to the upside seems more likely then a breakdown at this point but there's still no clear direction showing. All the rallies seem to be getting sold, and most likely that's by the big boys. We are much closer to a strong rally starting then a big sell off. But that doesn't rule out a fast "one day" drop as that's still possible.

But it should be bought up and would likely start the multi-day (or week?) rally. In other words, I'm not looking to catch that short but would rather catch the long as it should be a powerful one that last awhile (versus these half day moves up and the back down in the same day). The daily chart of the SPX is still bottomed and trying to turn back up... so that's bullish. The 60 minute chart is mixed with some things being overbought and others oversold. Back on the ES Futures 6 hour chart it to is mixed as it's basically been trading sideways on its' MACD's for awhile now.

That shows no clear direction. It doesn't act like it wants to rollover and cause a sell off, but it also doesn't seem like it has enough strength to turn up sharply and rally the market higher yet. But I think we are close to a breakout and it could (should) happen today. Yeah, that rising purple trendline could break just like the rising light green one did a day or two ago.

And then it would probably just make another new rising trendline of support and continue its' attempt to breakout to the upside. With all the hits of that falling red trendline it's got to be getting weaker and weaker and will break soon. It's like a dam with small holes in it being equal to hits on the trendline. Eventually the dam will burst and collapse, just like the falling red trendline will give way to the futures trying to push through it. That's all I have for today... happy trading.