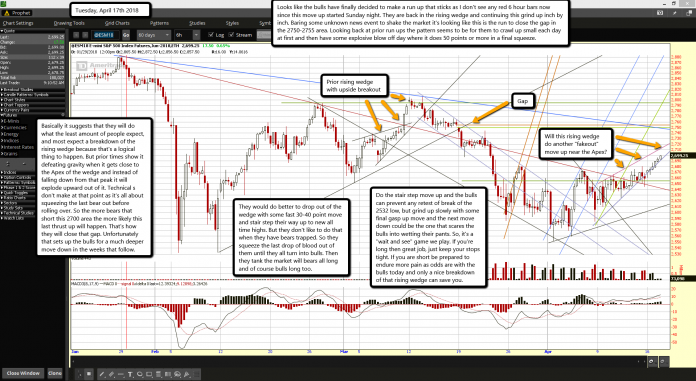 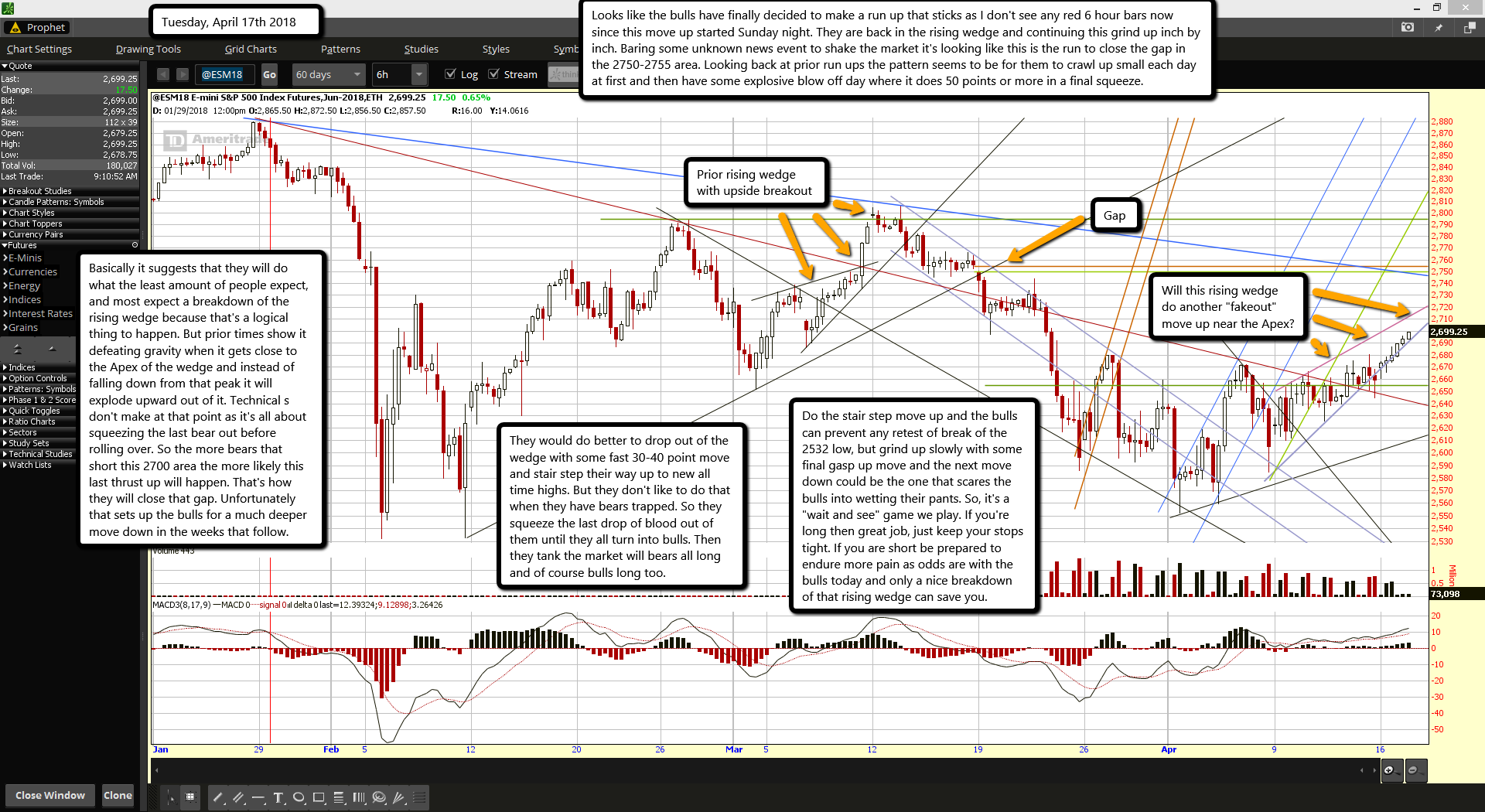 Looks like the bulls have finally decided to make a run up that sticks as I don't see any red 6 hour bars now since this move up started Sunday night. They are back in the rising wedge and continuing this grind up inch by inch. Baring some unknown news event to shake the market it's looking like this is the run to close the gap in the 2750-2755 area. Looking back at prior run ups the pattern seems to be for them to crawl up small each day at first and then have some explosive blow off day where it does 50 points or more in a final squeeze.

Basically it suggests that they will do what the least amount of people expect, and most expect a breakdown of the rising wedge because that's a logical thing to happen. But prior times show it defeating gravity when it gets close to the Apex of the wedge and instead of falling down from that peak it will explode upward out of it. Technical s don't make at that point as it's all about squeezing the last bear out before rolling over. So the more bears that short this 2700 area the more likely this last thrust up will happen. That's how they will close that gap. Unfortunately that sets up the bulls for a much deeper move down in the weeks that follow.

They would do better to drop out of the wedge with some fast 30-40 point move and stair step their way up to new all time highs. But they don't like to do that when they have bears trapped. So they squeeze the last drop of blood out of them until they all turn into bulls. Then they tank the market will bears all long and of course bulls long too.

Do the stair step move up and the bulls can prevent any retest of break of the 2532 low, but grind up slowly with some final gasp up move and the next move down could be the one that scares the bulls into wetting their pants. So, it's a "wait and see" game we play. If you're long then great job, just keep your stops tight. If you are short be prepared to endure more pain as odds are with the bulls today and only a nice breakdown of that rising wedge can save you.