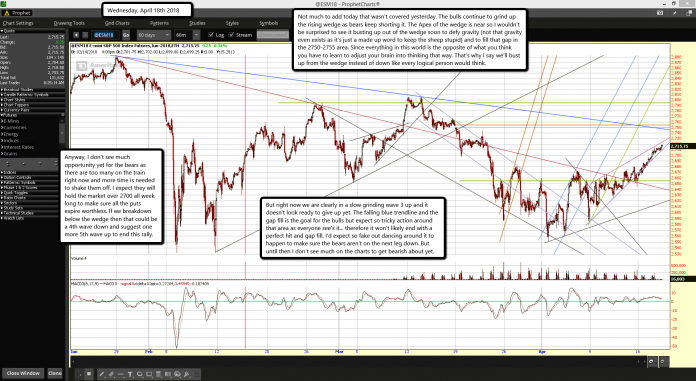 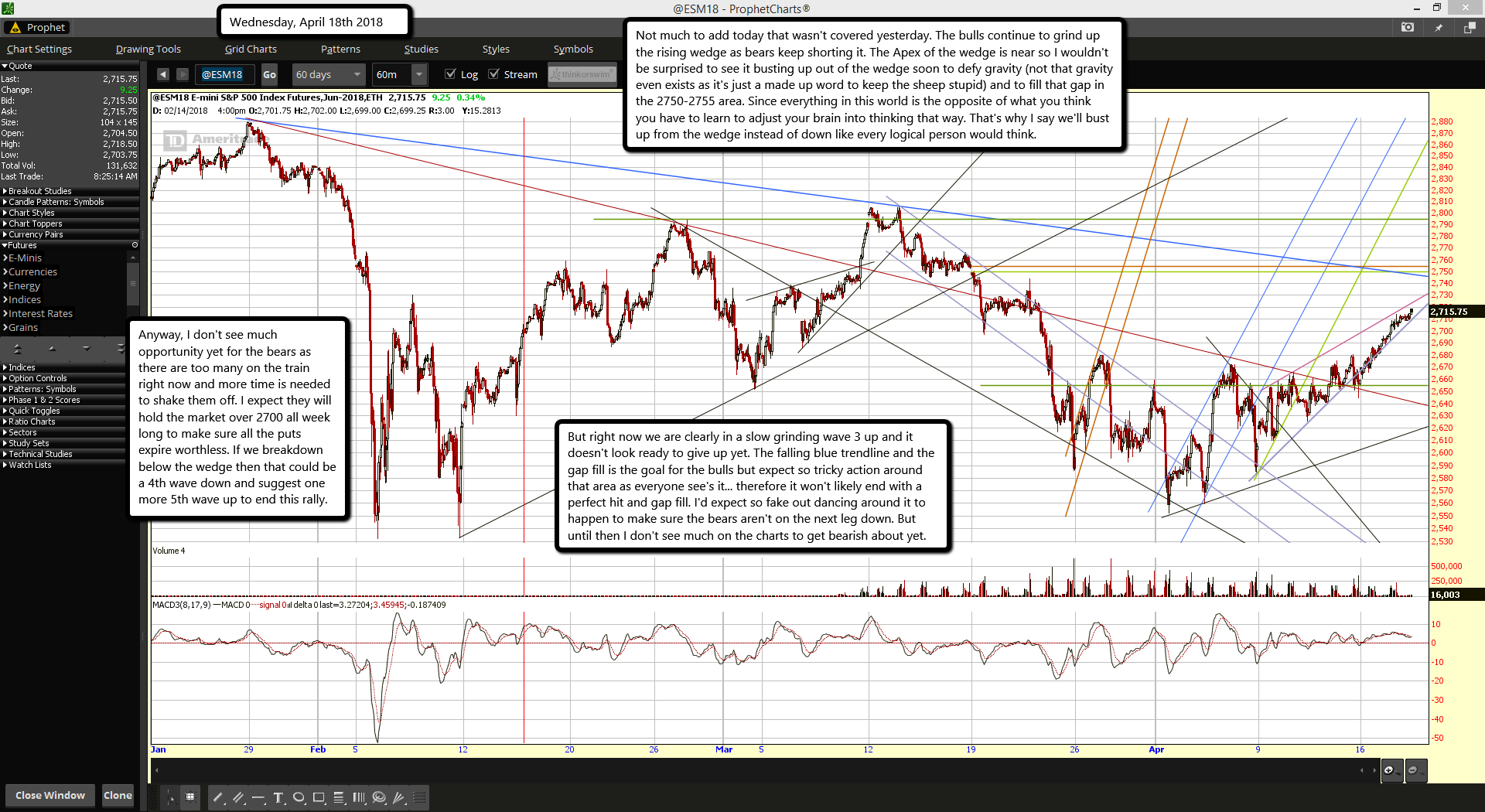 Not much to add today that wasn't covered yesterday. The bulls continue to grind up the rising wedge as bears keep shorting it. The Apex of the wedge is near so I wouldn't be surprised to see it busting up out of the wedge soon to defy gravity (not that gravity even exists as it's just a made up word to keep the sheep stupid) and to fill that gap in the 2750-2755 area. Since everything in this world is the opposite of what you think you have to learn to adjust your brain into thinking that way. That's why I say we'll bust up from the wedge instead of down like every logical person would think.

Anyway, I don't see much opportunity yet for the bears as there are too many on the train right now and more time is needed to shake them off. I expect they will hold the market over 2700 all week long to make sure all the puts expire worthless. If we breakdown below the wedge then that could be a 4th wave down and suggest one more 5th wave up to end this rally.

But right now we are clearly in a slow grinding wave 3 up and it doesn't look ready to give up yet. The falling blue trendline and the gap fill is the goal for the bulls but expect so tricky action around that area as everyone see's it... therefore it won't likely end with a perfect hit and gap fill. I'd expect so fake out dancing around it to happen to make sure the bears aren't on the next leg down. But until then I don't see much on the charts to get bearish about yet.