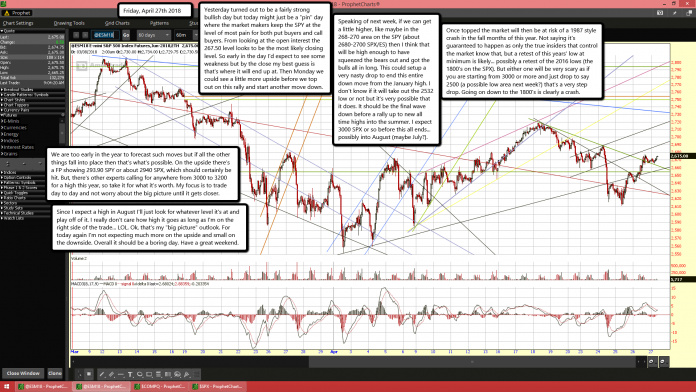 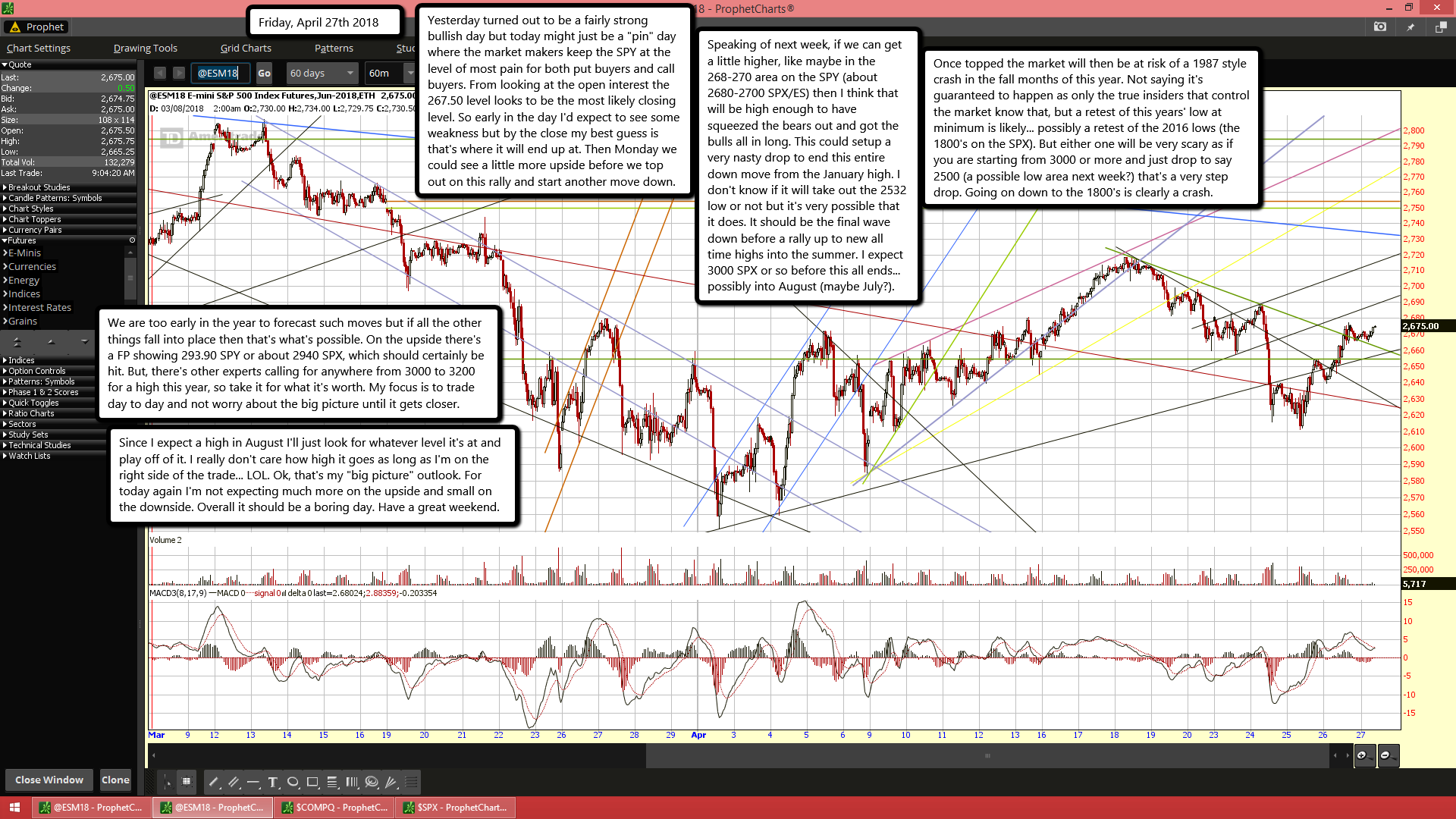 Yesterday turned out to be a fairly strong bullish day but today might just be a "pin" day where the market makers keep the SPY at the level of most pain for both put buyers and call buyers. From looking at the open interest the 267.50 level looks to be the most likely closing level. So early in the day I'd expect to see some weakness but by the close my best guess is that's where it will end up at. Then Monday we could see a little more upside before we top out on this rally and start another move down.

Speaking of next week, if we can get a little higher, like maybe in the 268-270 area on the SPY (about 2680-2700 SPX/ES) then I think that will be high enough to have squeezed the bears out and got the bulls all in long. This could setup a very nasty drop to end this entire down move from the January high. I don't know if it will take out the 2532 low or not but it's very possible that it does. It should be the final wave down before a rally up to new all time highs into the summer. I expect 3000 SPX or so before this all ends... possibly into August (maybe July?).

Once topped the market will then be at risk of a 1987 style crash in the fall months of this year. Not saying it's guaranteed to happen as only the true insiders that control the market know that, but a retest of this years' low at minimum is likely... possibly a retest of the 2016 lows (the 1800's on the SPX). But either one will be very scary as if you are starting from 3000 or more and just drop to say 2500 (a possible low area next week?) that's a very step drop. Going on down to the 1800's is clearly a crash.

We are too early in the year to forecast such moves but if all the other things fall into place then that's what's possible. On the upside there's a FP showing 293.90 SPY or about 2940 SPX, which should certainly be hit. But, there's other experts calling for anywhere from 3000 to 3200 for a high this year, so take it for what it's worth. My focus is to trade day to day and not worry about the big picture until it gets closer.

Since I expect a high in August I'll just look for whatever level it's at and play off of it. I really don't care how high it goes as long as I'm on the right side of the trade... LOL. Ok, that's my "big picture" outlook. For today again I'm not expecting much more on the upside and small on the downside. Overall it should be a boring day. Have a great weekend.