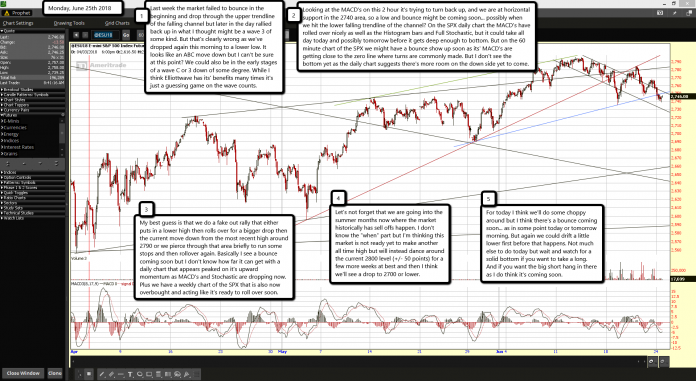 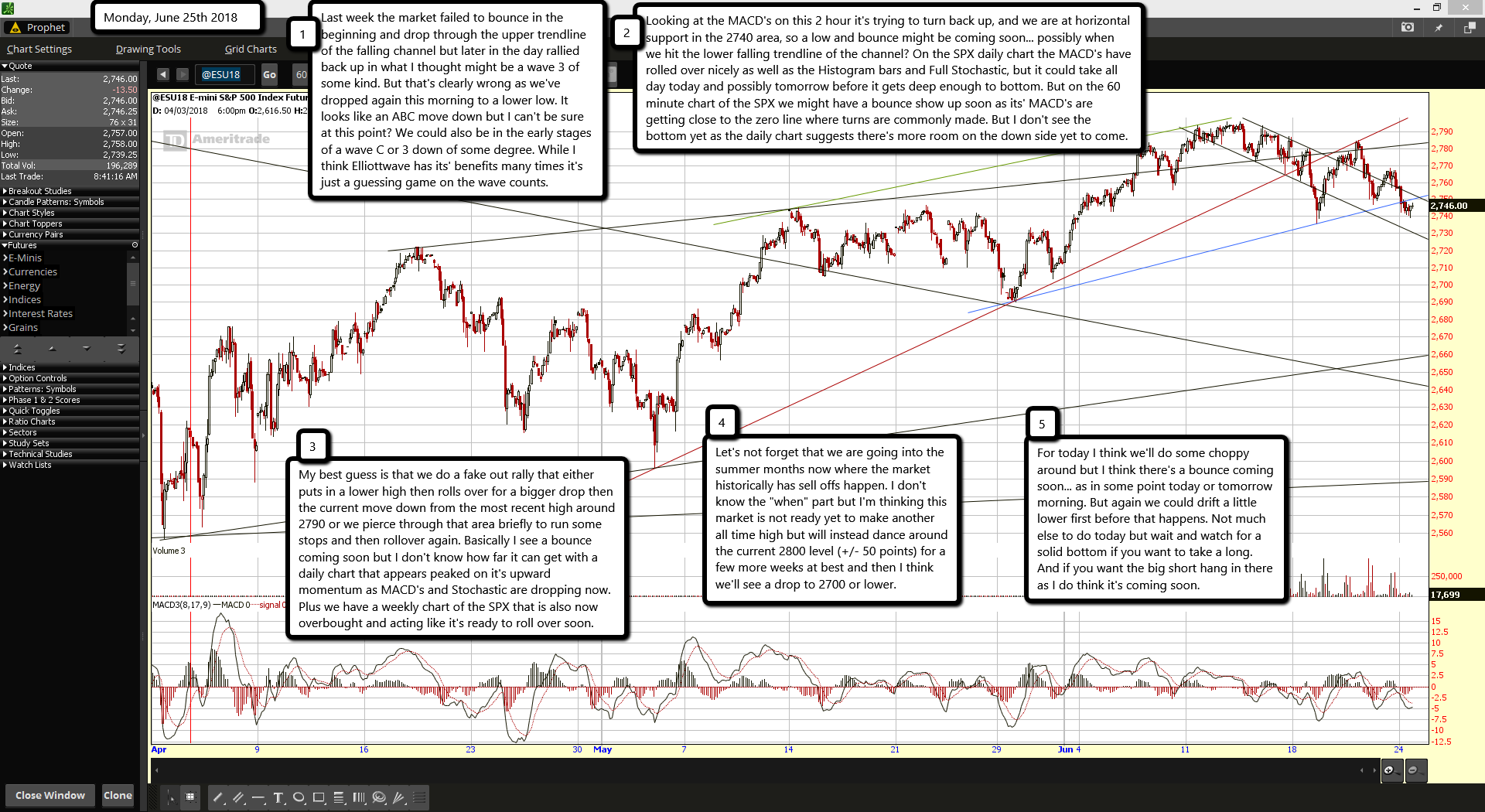 Last week the market failed to bounce in the beginning and drop through the upper trendline of the falling channel but later in the day rallied back up in what I thought might be a wave 3 of some kind. But that's clearly wrong as we've dropped again this morning to a lower low. It looks like an ABC move down but I can't be sure at this point? We could also be in the early stages of a wave C or 3 down of some degree. While I think Elliottwave has its' benefits many times it's just a guessing game on the wave counts.

Looking at the MACD's on this 2 hour it's trying to turn back up, and we are at horizontal support in the 2740 area, so a low and bounce might be coming soon... possibly when we hit the lower falling trendline of the channel? On the SPX daily chart the MACD's have rolled over nicely as well as the Histogram bars and Full Stochastic, but it could take all day today and possibly tomorrow before it gets deep enough to bottom. But on the 60 minute chart of the SPX we might have a bounce show up soon as its' MACD's are getting close to the zero line where turns are commonly made. But I don't see the bottom yet as the daily chart suggests there's more room on the down side yet to come.

My best guess is that we do a fake out rally that either puts in a lower high then rolls over for a bigger drop then the current move down from the most recent high around 2790 or we pierce through that area briefly to run some stops and then rollover again. Basically I see a bounce coming soon but I don't know how far it can get with a daily chart that appears peaked on it's upward momentum as MACD's and Stochastic are dropping now. Plus we have a weekly chart of the SPX that is also now overbought and acting like it's ready to roll over soon.

Let's not forget that we are going into the summer months now where the market historically has sell offs happen. I don't know the "when" part but I'm thinking this market is not ready yet to make another all time high but will instead dance around the current 2800 level (+/- 50 points) for a few more weeks at best and then I think we'll see a drop to 2700 or lower.

For today I think we'll do some choppy around but I think there's a bounce coming soon... as in some point today or tomorrow morning. But again we could drift a little lower first before that happens. Not much else to do today but wait and watch for a solid bottom if you want to take a long. And if you want the big short hang in there as I do think it's coming soon.