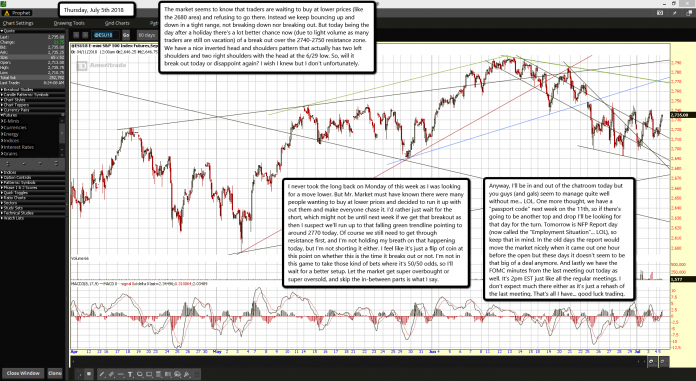 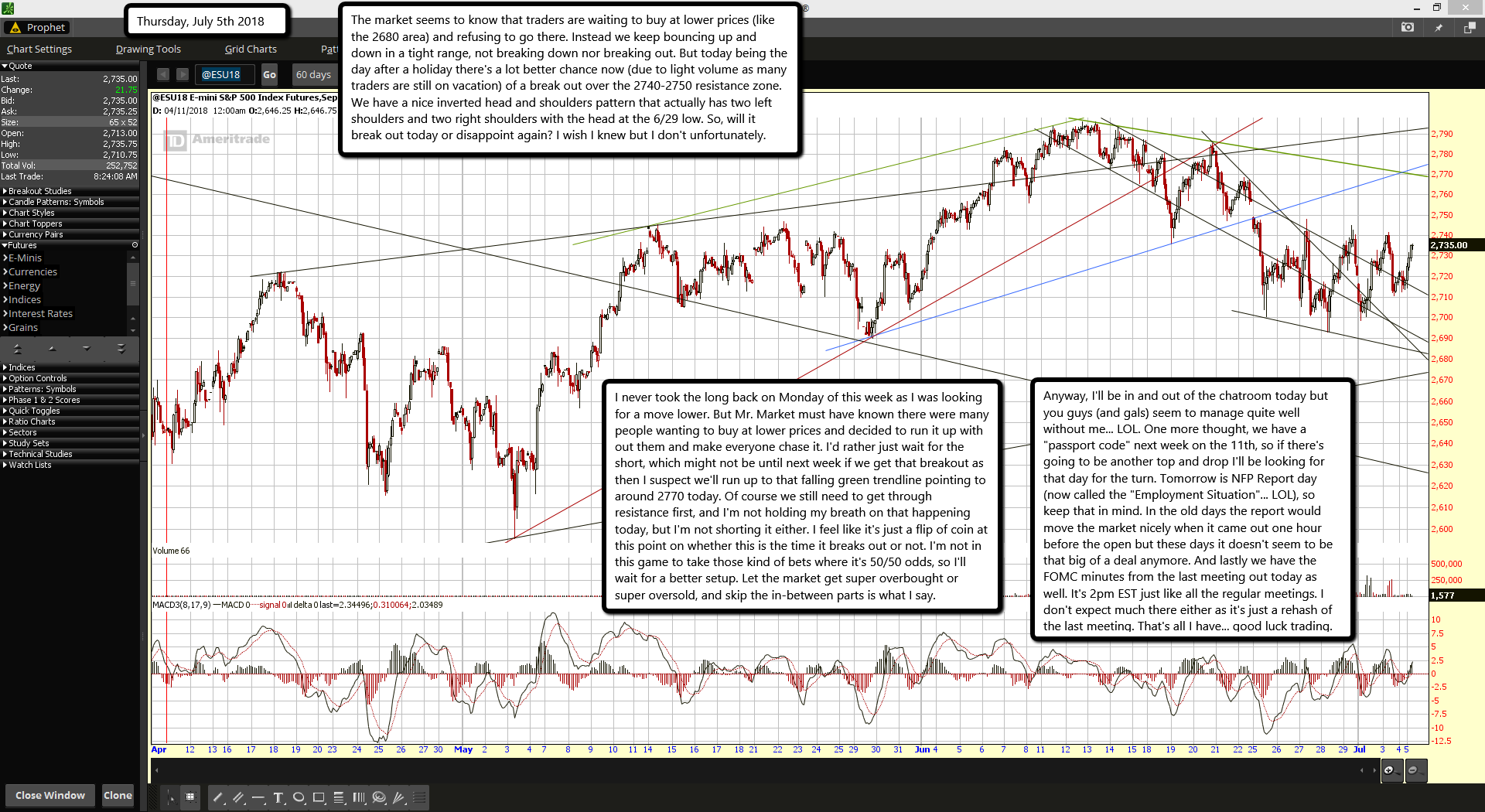 The market seems to know that traders are waiting to buy at lower prices (like the 2680 area) and refusing to go there. Instead we keep bouncing up and down in a tight range, not breaking down nor breaking out. But today being the day after a holiday there's a lot better chance now (due to light volume as many traders are still on vacation) of a break out over the 2740-2750 resistance zone. We have a nice inverted head and shoulders pattern that actually has two left shoulders and two right shoulders with the head at the 6/29 low. So, will it break out today or disappoint again? I wish I knew but I don't unfortunately.

I never took the long back on Monday of this week as I was looking for a move lower. But Mr. Market must have known there were many people wanting to buy at lower prices and decided to run it up with out them and make everyone chase it. I'd rather just wait for the short, which might not be until next week if we get that breakout as then I suspect we'll run up to that falling green trendline pointing to around 2770 today. Of course we still need to get through resistance first, and I'm not holding my breath on that happening today, but I'm not shorting it either. I feel like it's just a flip of coin at this point on whether this is the time it breaks out or not. I'm not in this game to take those kind of bets where it's 50/50 odds, so I'll wait for a better setup. Let the market get super overbought or super oversold, and skip the in-between parts is what I say.

Anyway, I'll be in and out of the chatroom today but you guys (and gals) seem to manage quite well without me... LOL. One more thought, we have a "passport code" next week on the 11th, so if there's going to be another top and drop I'll be looking for that day for the turn. Tomorrow is NFP Report day (now called the "Employment Situation"... LOL), so keep that in mind. In the old days the report would move the market nicely when it came out one hour before the open but these days it doesn't seem to be that big of a deal anymore. And lastly we have the FOMC minutes from the last meeting out today as well. It's 2pm EST just like all the regular meetings. I don't expect much there either as it's just a rehash of the last meeting. That's all I have... good luck trading.