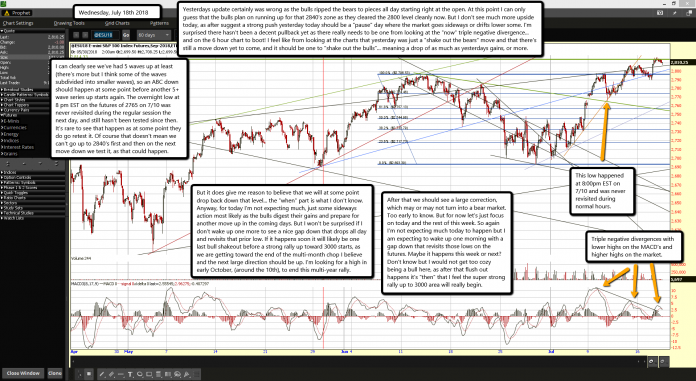 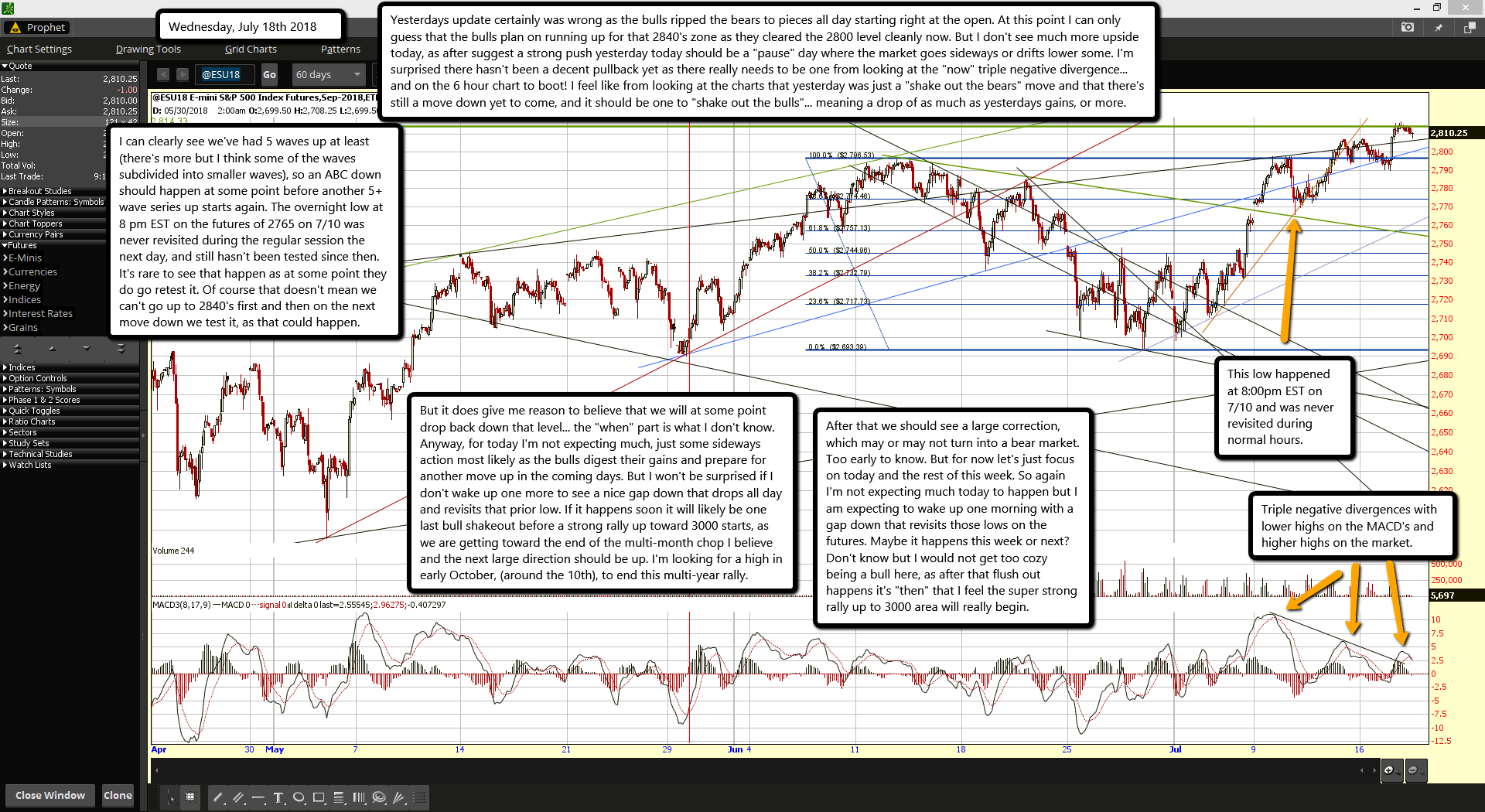 Yesterdays update certainly was wrong as the bulls ripped the bears to pieces all day starting right at the open. At this point I can only guess that the bulls plan on running up for that 2840's zone as they cleared the 2800 level cleanly now. But I don't see much more upside today, as after suggest a strong push yesterday today should be a "pause" day where the market goes sideways or drifts lower some. I'm surprised there hasn't been a decent pullback yet as there really needs to be one from looking at the "now" triple negative divergence... and on the 6 hour chart to boot! I feel like from looking at the charts that yesterday was just a "shake out the bears" move and that there's still a move down yet to come, and it should be one to "shake out the bulls"... meaning a drop of as much as yesterdays gains, or more.

I can clearly see we've had 5 waves up at least (there's more but I think some of the waves subdivided into smaller waves), so an ABC down should happen at some point before another 5+ wave series up starts again. The overnight low at 8 pm EST on the futures of 2765 on 7/10 was never revisited during the regular session the next day, and still hasn't been tested since then. It's rare to see that happen as at some point they do go retest it. Of course that doesn't mean we can't go up to 2840's first and then on the next move down we test it, as that could happen.

But it does give me reason to believe that we will at some point drop back down that level... the "when" part is what I don't know. Anyway, for today I'm not expecting much, just some sideways action most likely as the bulls digest their gains and prepare for another move up in the coming days. But I won't be surprised if I don't wake up one more to see a nice gap down that drops all day and revisits that prior low. If it happens soon it will likely be one last bull shakeout before a strong rally up toward 3000 starts, as we are getting toward the end of the multi-month chop I believe and the next large direction should be up. I'm looking for a high in early October, (around the 10th), to end this multi-year rally.

After that we should see a large correction, which may or may not turn into a bear market. Too early to know. But for now let's just focus on today and the rest of this week. So again I'm not expecting much today to happen but I am expecting to wake up one morning with a gap down that revisits those lows on the futures. Maybe it happens this week or next? Don't know but I would not get too cozy being a bull here, as after that flush out happens it's "then" that I feel the super strong rally up to 3000 area will really begin.