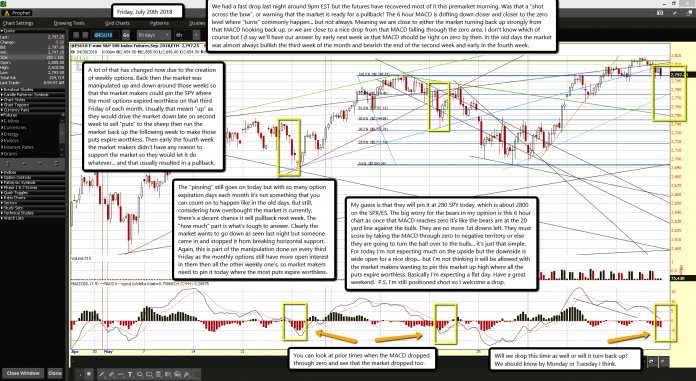 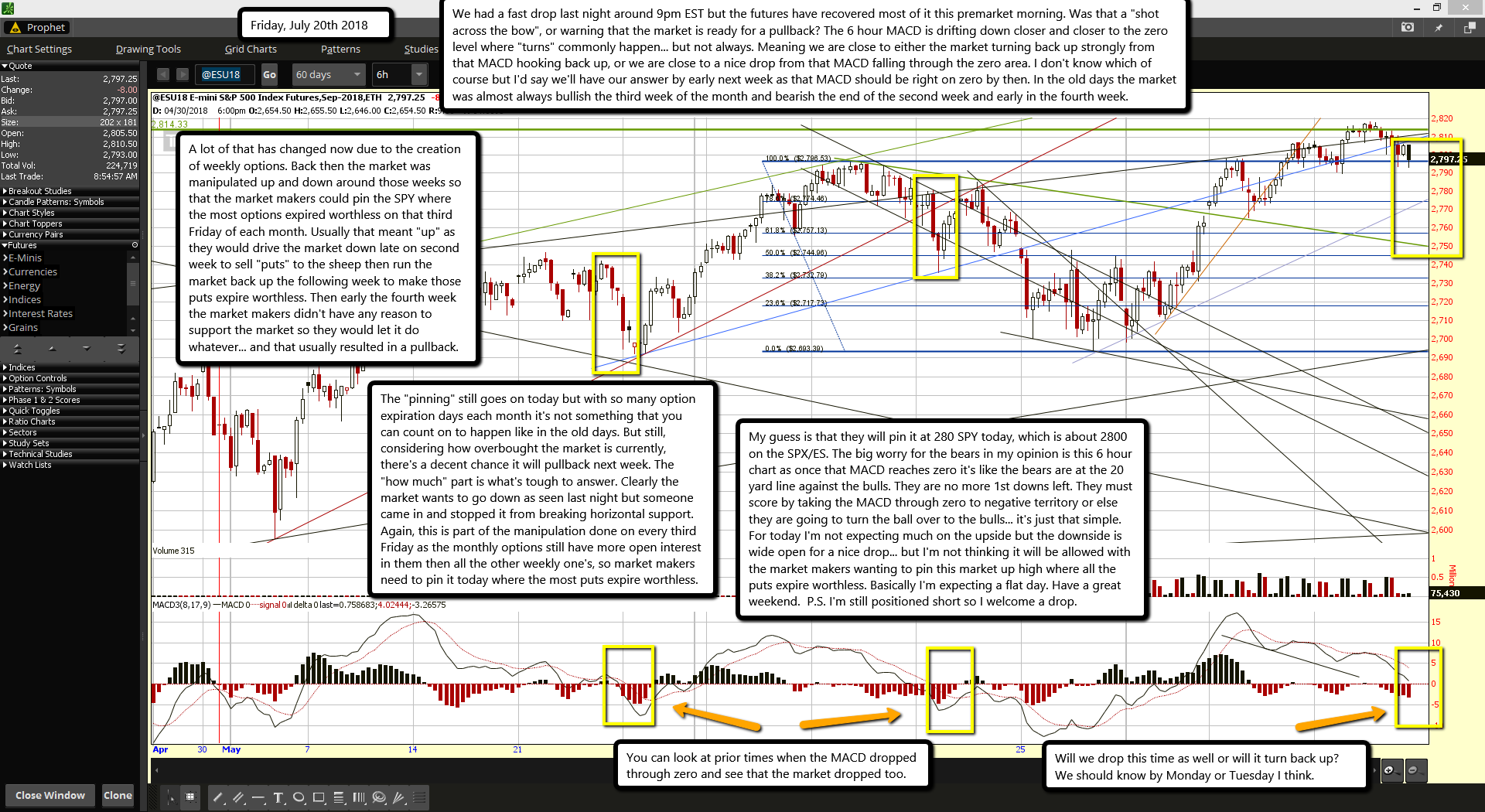 We had a fast drop last night around 9pm EST but the futures have recovered most of it this premarket morning. Was that a "shot across the bow", or warning that the market is ready for a pullback? The 6 hour MACD is drifting down closer and closer to the zero level where "turns" commonly happen... but not always. Meaning we are close to either the market turning back up strongly from that MACD hooking back up, or we are close to a nice drop from that MACD falling through the zero area. I don't know which of course but I'd say we'll have our answer by early next week as that MACD should be right on zero by then. In the old days the market was almost always bullish the third week of the month and bearish the end of the second week and early in the fourth week.

A lot of that has changed now due to the creation of weekly options. Back then the market was manipulated up and down around those weeks so that the market makers could pin the SPY where the most options expired worthless on that third Friday of each month. Usually that meant "up" as they would drive the market down late on second week to sell "puts" to the sheep then run the market back up the following week to make those puts expire worthless. Then early the fourth week the market makers didn't have any reason to support the market so they would let it do whatever... and that usually resulted in a pullback.

The "pinning" still goes on today but with so many option expiration days each month it's not something that you can count on to happen like in the old days. But still, considering how overbought the market is currently, there's a decent chance it will pullback next week. The "how much" part is what's tough to answer. Clearly the market wants to go down as seen last night but someone came in and stopped it from breaking horizontal support. Again, this is part of the manipulation done on every third Friday as the monthly options still have more open interest in them then all the other weekly one's, so market makers need to pin it today where the most puts expire worthless.

My guess is that they will pin it at 280 SPY today, which is about 2800 on the SPX/ES. The big worry for the bears in my opinion is this 6 hour chart as once that MACD reaches zero it's like the bears are at the 20 yard line against the bulls. They are no more 1st downs left. They must score by taking the MACD through zero to negative territory or else they are going to turn the ball over to the bulls... it's just that simple. For today I'm not expecting much on the upside but the downside is wide open for a nice drop... but I'm not thinking it will be allowed with the market makers wanting to pin this market up high where all the puts expire worthless. Basically I'm expecting a flat day. Have a great weekend.  P.S. I'm still positioned short so I welcome a drop.