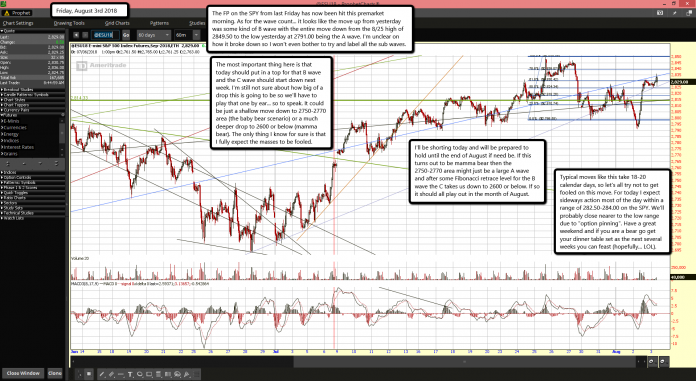 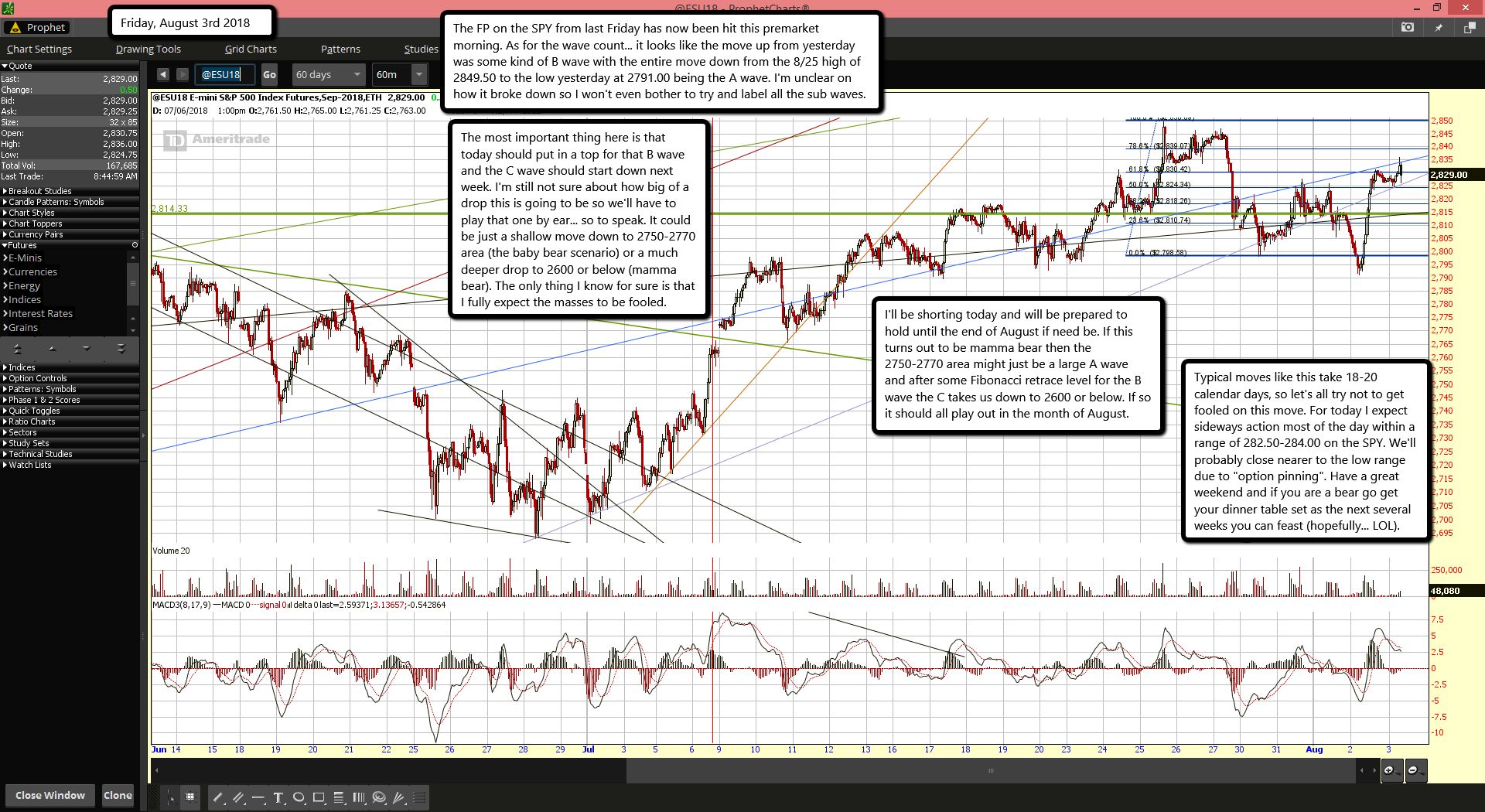 The FP on the SPY from last Friday has now been hit this premarket morning. As for the wave count... it looks like the move up from yesterday was some kind of B wave with the entire move down from the 8/25 high of 2849.50 to the low yesterday at 2791.00 being the A wave. I'm unclear on how it broke down so I won't even bother to try and label all the sub waves.

The most important thing here is that today should put in a top for that B wave and the C wave should start down next week. I'm still not sure about how big of a drop this is going to be so we'll have to play that one by ear... so to speak. It could be just a shallow move down to 2750-2770 area (the baby bear scenario) or a much deeper drop to 2600 or below (mamma bear). The only thing I know for sure is that I fully expect the masses to be fooled.

I'll be shorting today and will be prepared to hold until the end of August if need be. If this turns out to be mamma bear then the 2750-2770 area might just be a large A wave and after some Fibonacci retrace level for the B wave the C takes us down to 2600 or below. If so it should all play out in the month of August.

Typical moves like this take 18-20 calendar days, so let's all try not to get fooled on this move. For today I expect sideways action most of the day within a range of 282.50-284.00 on the SPY. We'll probably close nearer to the low range due to "option pinning". Have a great weekend and if you are a bear go get your dinner table set as the next several weeks you can feast (hopefully... LOL).