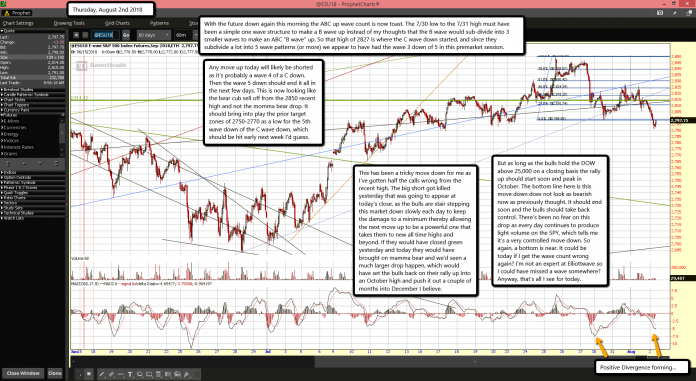 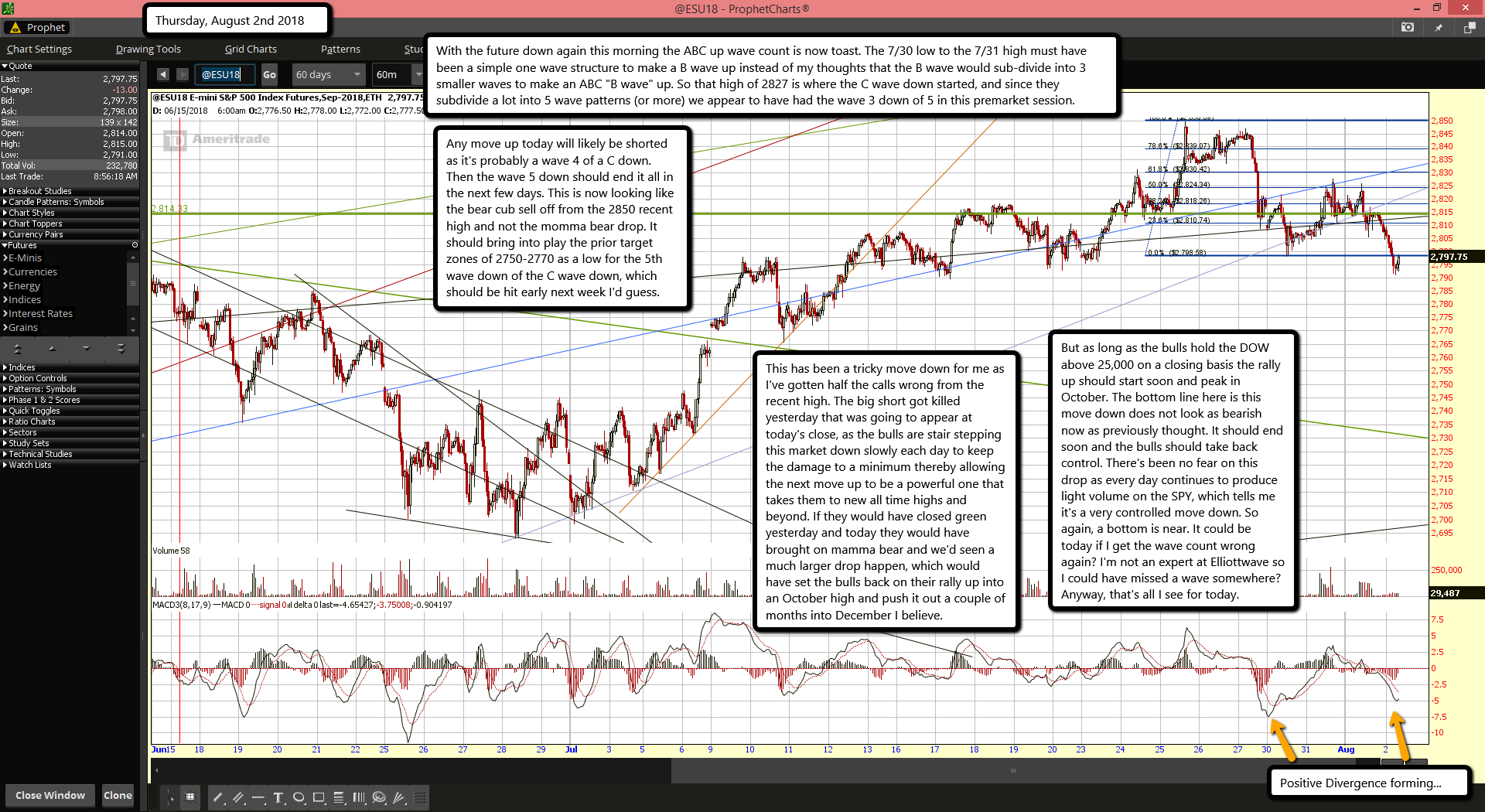 With the future down again this morning the ABC up wave count is now toast. The 7/30 low to the 7/31 high must have been a simple one wave structure to make a B wave up instead of my thoughts that the B wave would sub-divide into 3 smaller waves to make an ABC "B wave" up. So that high of 2827 is where the C wave down started, and since they subdivide a lot into 5 wave patterns (or more) we appear to have had the wave 3 down of 5 in this premarket session.

Any move up today will likely be shorted as it's probably a wave 4 of a C down. Then the wave 5 down should end it all in the next few days. This is now looking like the bear cub sell off from the 2850 recent high and not the momma bear drop. It should bring into play the prior target zones of 2750-2770 as a low for the 5th wave down of the C wave down, which should be hit early next week I'd guess.

This has been a tricky move down for me as I've gotten half the calls wrong from the recent high. The big short got killed yesterday that was going to appear at today's close, as the bulls are stair stepping this market down slowly each day to keep the damage to a minimum thereby allowing the next move up to be a powerful one that takes them to new all time highs and beyond. If they would have closed green yesterday and today they would have brought on mamma bear and we'd seen a much larger drop happen, which would have set the bulls back on their rally up into an October high and push it out a couple of months into December I believe.

But as long as the bulls hold the DOW above 25,000 on a closing basis the rally up should start soon and peak in October. The bottom line here is this move down does not look as bearish now as previously thought. It should end soon and the bulls should take back control. There's been no fear on this drop as every day continues to produce light volume on the SPY, which tells me it's a very controlled move down. So again, a bottom is near. It could be today if I get the wave count wrong again? I'm not an expert at Elliottwave so I could have missed a wave somewhere? Anyway, that's all I see for today.