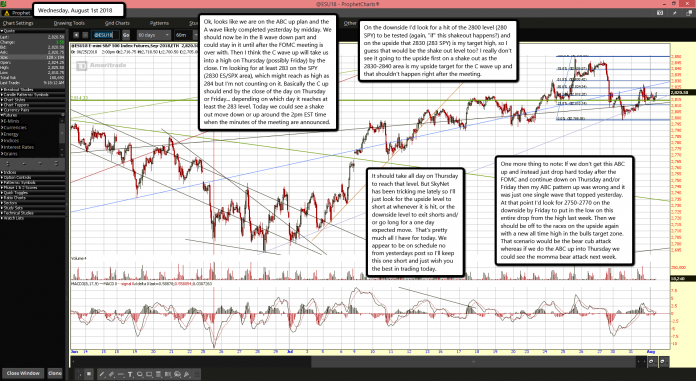 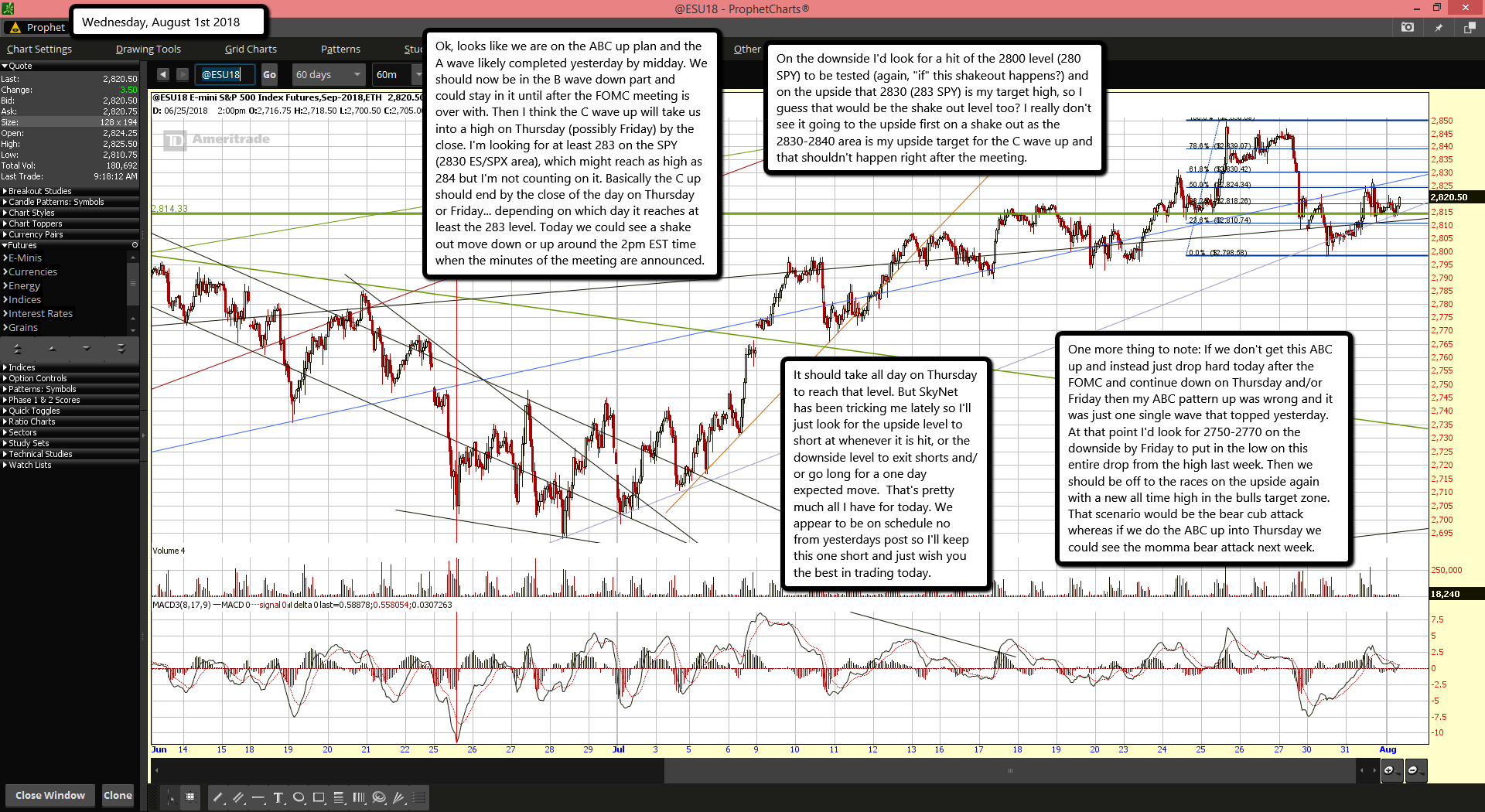 Ok, looks like we are on the ABC up plan and the A wave likely completed yesterday by midday. We should now be in the B wave down part and could stay in it until after the FOMC meeting is over with. Then I think the C wave up will take us into a high on Thursday (possibly Friday) by the close. I'm looking for at least 283 on the SPY (2830 ES/SPX area), which might reach as high as 284 but I'm not counting on it. Basically the C up should end by the close of the day on Thursday or Friday... depending on which day it reaches at least the 283 level. Today we could see a shake out move down or up around the 2pm EST time when the minutes of the meeting are announced.

It should take all day on Thursday to reach that level. But SkyNet has been tricking me lately so I'll just look for the upside level to short at whenever it is hit, or the downside level to exit shorts and/or go long for a one day expected move.  That's pretty much all I have for today. We appear to be on schedule no from yesterdays post so I'll keep this one short and just wish you the best in trading today.

One more thing to note: If we don't get this ABC up and instead just drop hard today after the FOMC and continue down on Thursday and/or Friday then my ABC pattern up was wrong and it was just one single wave that topped yesterday. At that point I'd look for 2750-2770 on the downside by Friday to put in the low on this entire drop from the high last week. Then we should be off to the races on the upside again with a new all time high in the bulls target zone. That scenario would be the bear cub attack whereas if we do the ABC up into Thursday we could see the momma bear attack next week.