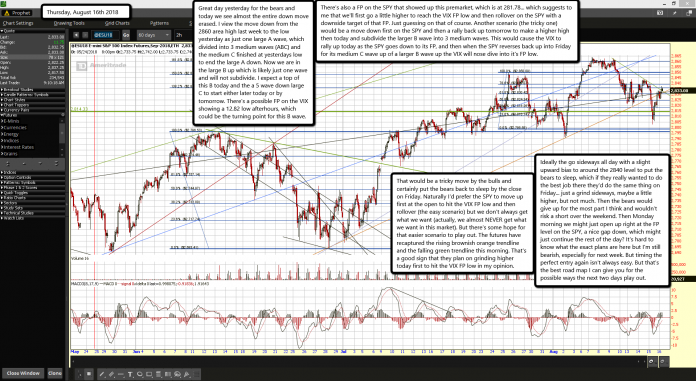 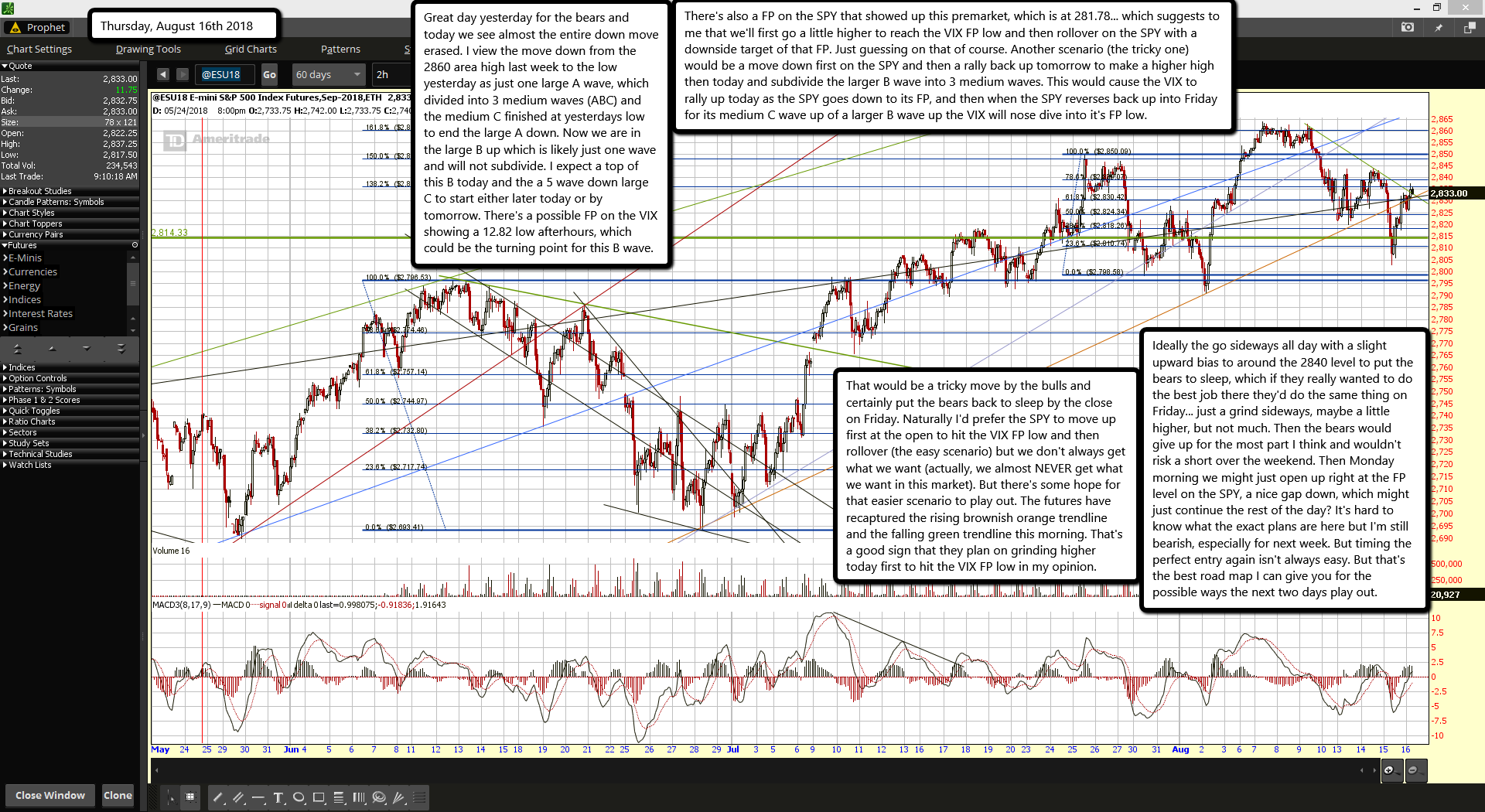 Great day yesterday for the bears and today we see almost the entire down move erased. I view the move down from the 2860 area high last week to the low yesterday as just one large A wave, which divided into 3 medium waves (ABC) and the medium C finished at yesterdays low to end the large A down. Now we are in the large B up which is likely just one wave and will not subdivide. I expect a top of this B today and the a 5 wave down large C to start either later today or by tomorrow. There's a possible FP on the VIX showing a 12.82 low afterhours, which could be the turning point for this B wave.

There's also a FP on the SPY that showed up this premarket, which is at 281.78... which suggests to me that we'll first go a little higher to reach the VIX FP low and then rollover on the SPY with a downside target of that FP. Just guessing on that of course. Another scenario (the tricky one) would be a move down first on the SPY and then a rally back up tomorrow to make a higher high then today and subdivide the larger B wave into 3 medium waves. This would cause the VIX to rally up today as the SPY goes down to its FP, and then when the SPY reverses back up into Friday for its medium C wave up of a larger B wave up the VIX will nose dive into it's FP low.

That would be a tricky move by the bulls and certainly put the bears back to sleep by the close on Friday. Naturally I'd prefer the SPY to move up first at the open to hit the VIX FP low and then rollover (the easy scenario) but we don't always get what we want (actually, we almost NEVER get what we want in this market). But there's some hope for that easier scenario to play out. The futures have recaptured the rising brownish orange trendline and the falling green trendline this morning. That's a good sign that they plan on grinding higher today first to hit the VIX FP low in my opinion.

Ideally the go sideways all day with a slight upward bias to around the 2840 level to put the bears to sleep, which if they really wanted to do the best job there they'd do the same thing on Friday... just a grind sideways, maybe a little higher, but not much. Then the bears would give up for the most part I think and wouldn't risk a short over the weekend. Then Monday morning we might just open up right at the FP level on the SPY, a nice gap down, which might just continue the rest of the day? It's hard to know what the exact plans are here but I'm still bearish, especially for next week. But timing the perfect entry again isn't always easy. But that's the best road map I can give you for the possible ways the next two days play out.