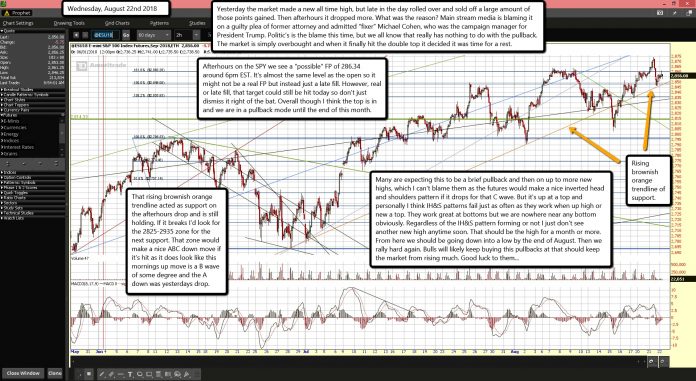 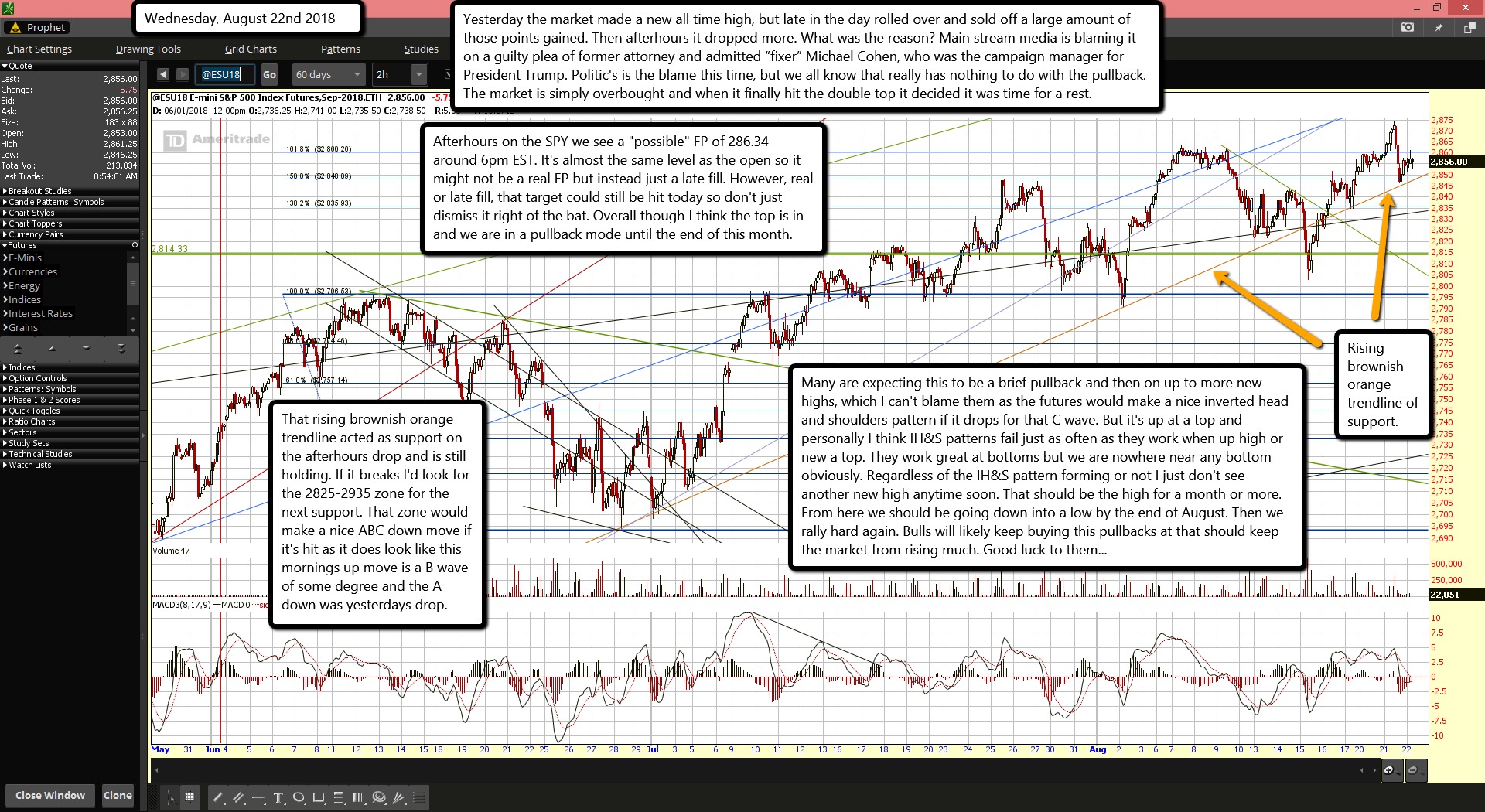 Yesterday the market made a new all time high, but late in the day rolled over and sold off a large amount of those points gained. Then afterhours it dropped more. What was the reason? Main stream media is blaming it on a guilty plea of former attorney and admitted “fixer” Michael Cohen, who was the campaign manager for President Trump. Politic's is the blame this time, but we all know that really has nothing to do with the pullback. The market is simply overbought and when it finally hit the double top it decided it was time for a rest.

Afterhours on the SPY we see a "possible" FP of 286.34 around 6pm EST. It's almost the same level as the open so it might not be a real FP but instead just a late fill. However, real or late fill, that target could still be hit today so don't just dismiss it right of the bat. Overall though I think the top is in and we are in a pullback mode until the end of this month.

That rising brownish orange trendline acted as support on the afterhours drop and is still holding. If it breaks I'd look for the 2825-2935 zone for the next support. That zone would make a nice ABC down move if it's hit as it does look like this mornings up move is a B wave of some degree and the A down was yesterdays drop.

Many are expecting this to be a brief pullback and then on up to more new highs, which I can't blame them as the futures would make a nice inverted head and shoulders pattern if it drops for that C wave. But it's up at a top and personally I think IH&S patterns fail just as often as they work when up high or new a top. They work great at bottoms but we are nowhere near any bottom obviously. Regardless of the IH&S pattern forming or not I just don't see another new high anytime soon. That should be the high for a month or more. From here we should be going down into a low by the end of August. Then we rally hard again. Bulls will likely keep buying this pullbacks at that should keep the market from rising much. Good luck to them...