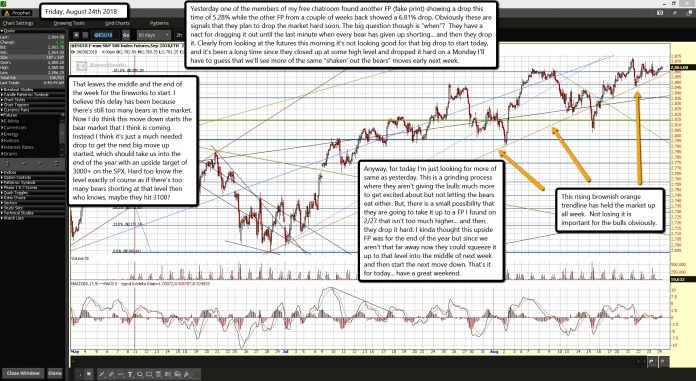 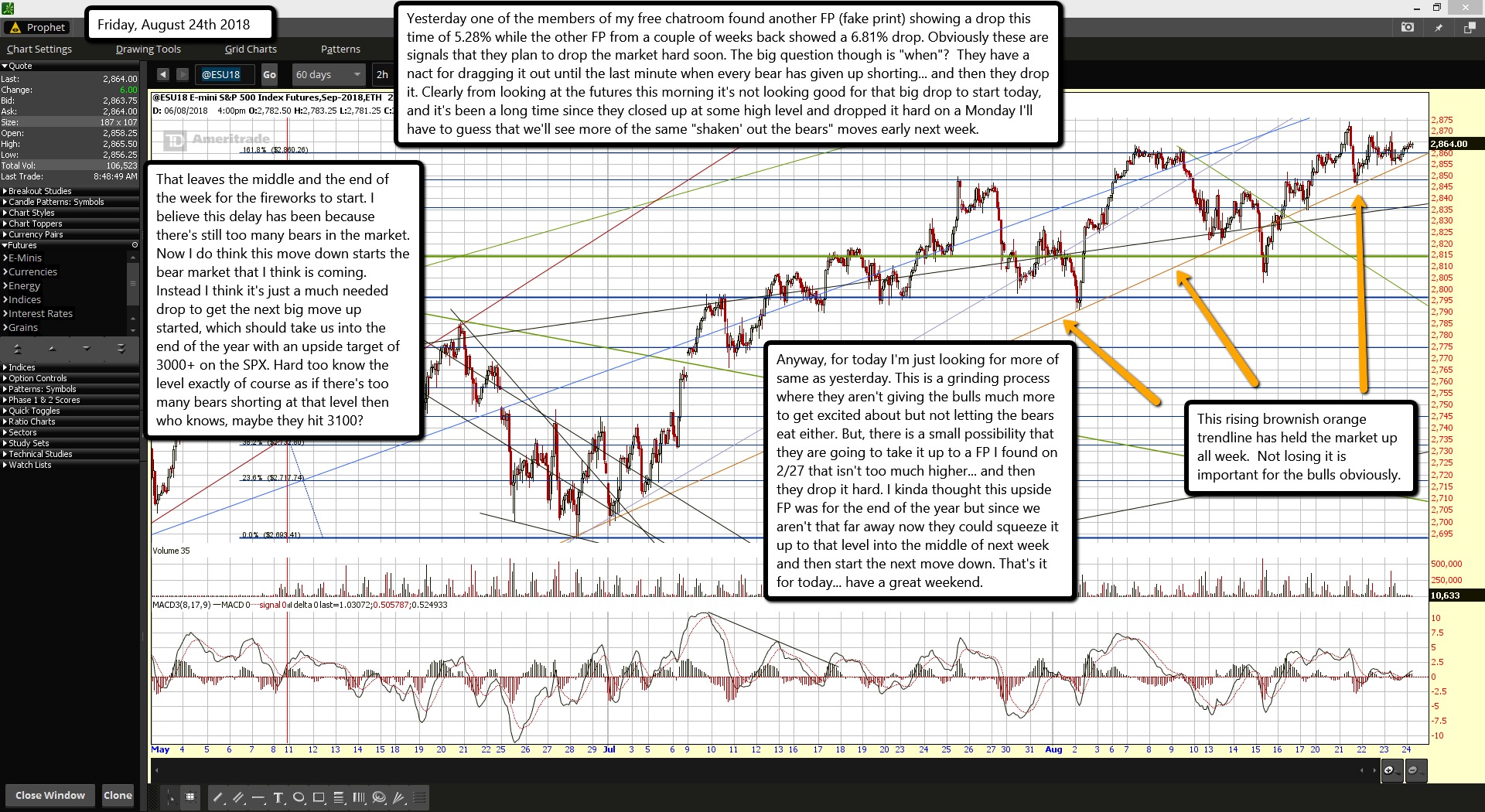 Yesterday one of the members of my free chatroom found another FP (fake print) showing a drop this time of 5.28% while the other FP from a couple of weeks back showed a 6.81% drop. Obviously these are signals that they plan to drop the market hard soon. The big question though is "when"?  They have a nact for dragging it out until the last minute when every bear has given up shorting... and then they drop it. Clearly from looking at the futures this morning it's not looking good for that big drop to start today, and it's been a long time since they closed up at some high level and dropped it hard on a Monday I'll have to guess that we'll see more of the same "shaken' out the bears" moves early next week.

That leaves the middle and the end of the week for the fireworks to start. I believe this delay has been because there's still too many bears in the market. Now I do think this move down starts the bear market that I think is coming. Instead I think it's just a much needed drop to get the next big move up started, which should take us into the end of the year with an upside target of 3000+ on the SPX. Hard too know the level exactly of course as if there's too many bears shorting at that level then who knows, maybe they hit 3100?

Anyway, for today I'm just looking for more of same as yesterday. This is a grinding process where they aren't giving the bulls much more to get excited about but not letting the bears eat either. But, there is a small possibility that they are going to take it up to a FP I found on 2/27 that isn't too much higher... and then they drop it hard. I kinda thought this upside FP was for the end of the year but since we aren't that far away now they could squeeze it up to that level into the middle of next week and then start the next move down. That's it for today... have a great weekend.