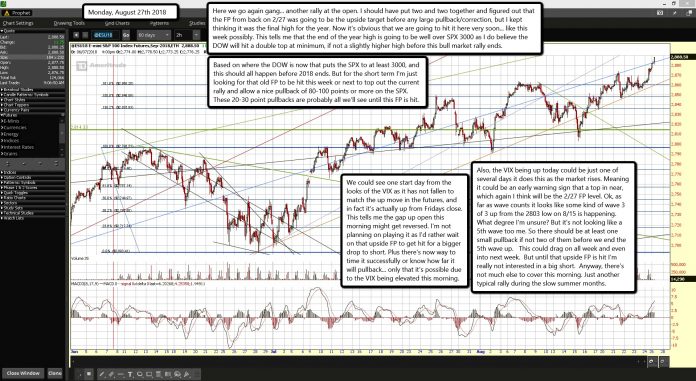 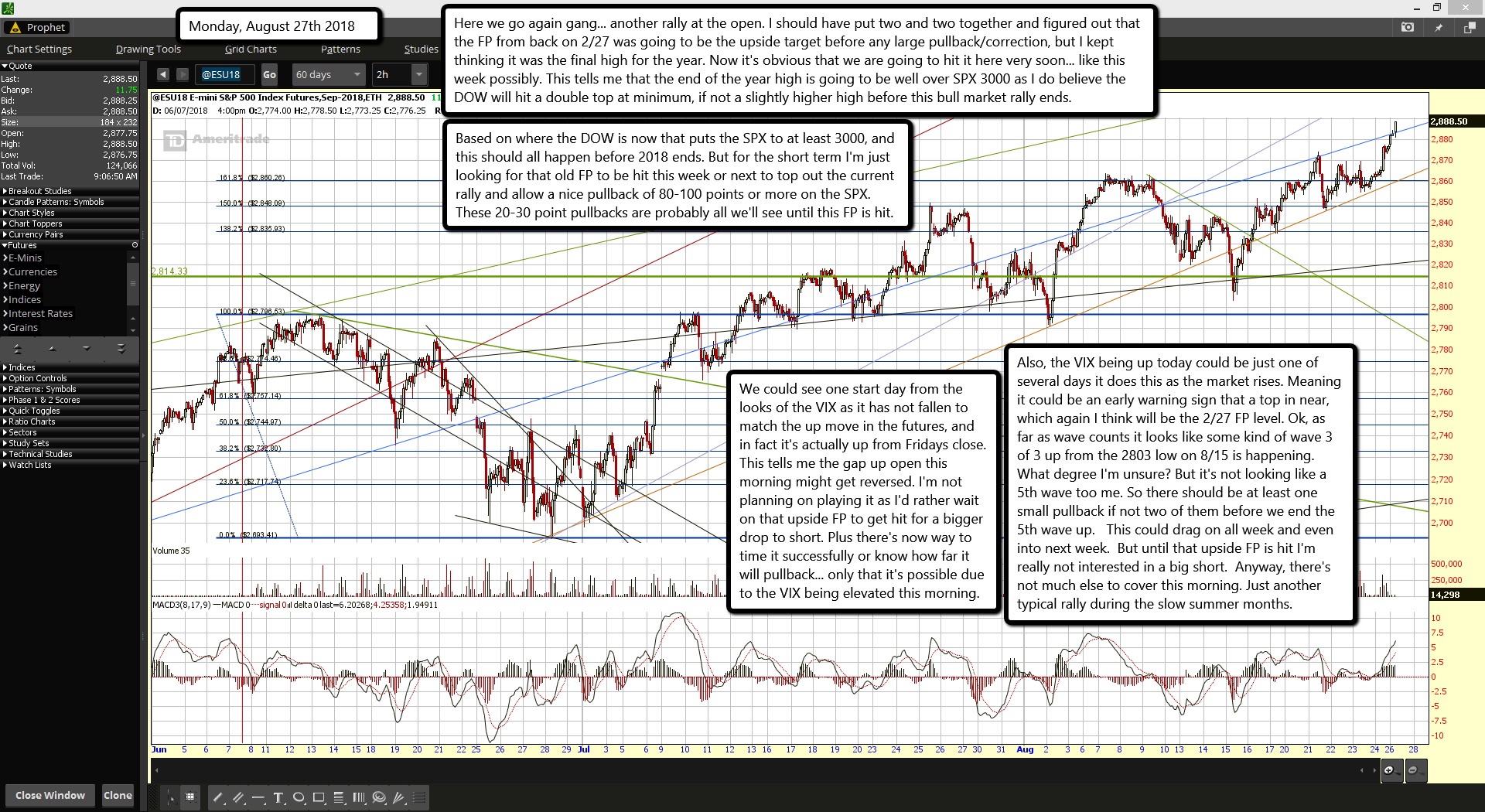 Here we go again gang... another rally at the open. I should have put two and two together and figured out that the FP from back on 2/27 was going to be the upside target before any large pullback/correction, but I kept thinking it was the final high for the year. Now it's obvious that we are going to hit it here very soon... like this week possibly. This tells me that the end of the year high is going to be well over SPX 3000 as I do believe the DOW will hit a double top at minimum, if not a slightly higher high before this bull market rally ends.

Based on where the DOW is now that puts the SPX to at least 3000, and this should all happen before 2018 ends. But for the short term I'm just looking for that old FP to be hit this week or next to top out the current rally and allow a nice pullback of 80-100 points or more on the SPX. These 20-30 point pullbacks are probably all we'll see until this FP is hit.

We could see one start day from the looks of the VIX as it has not fallen to match the up move in the futures, and in fact it's actually up from Fridays close. This tells me the gap up open this morning might get reversed. I'm not planning on playing it as I'd rather wait on that upside FP to get hit for a bigger drop to short. Plus there's now way to time it successfully or know how far it will pullback... only that it's possible due to the VIX being elevated this morning.

Also, the VIX being up today could be just one of several days it does this as the market rises. Meaning it could be an early warning sign that a top in near, which again I think will be the 2/27 FP level. Ok, as far as wave counts it looks like some kind of wave 3 of 3 up from the 2803 low on 8/15 is happening. What degree I'm unsure? But it's not looking like a 5th wave too me. So there should be at least one small pullback if not two of them before we end the 5th wave up.   This could drag on all week and even into next week.  But until that upside FP is hit I'm really not interested in a big short.  Anyway, there's not much else to cover this morning. Just another typical rally during the slow summer months.