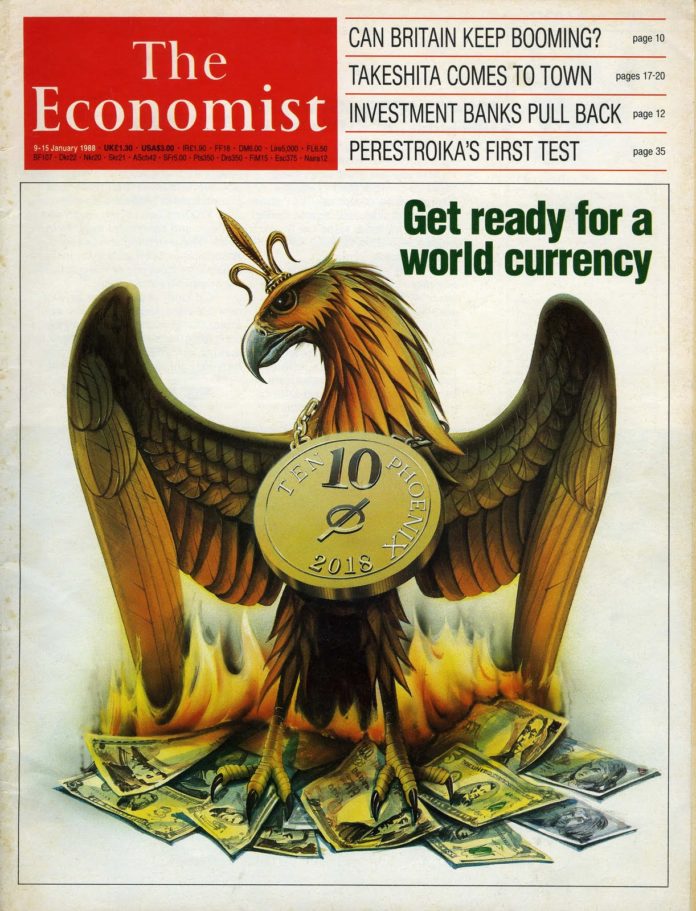 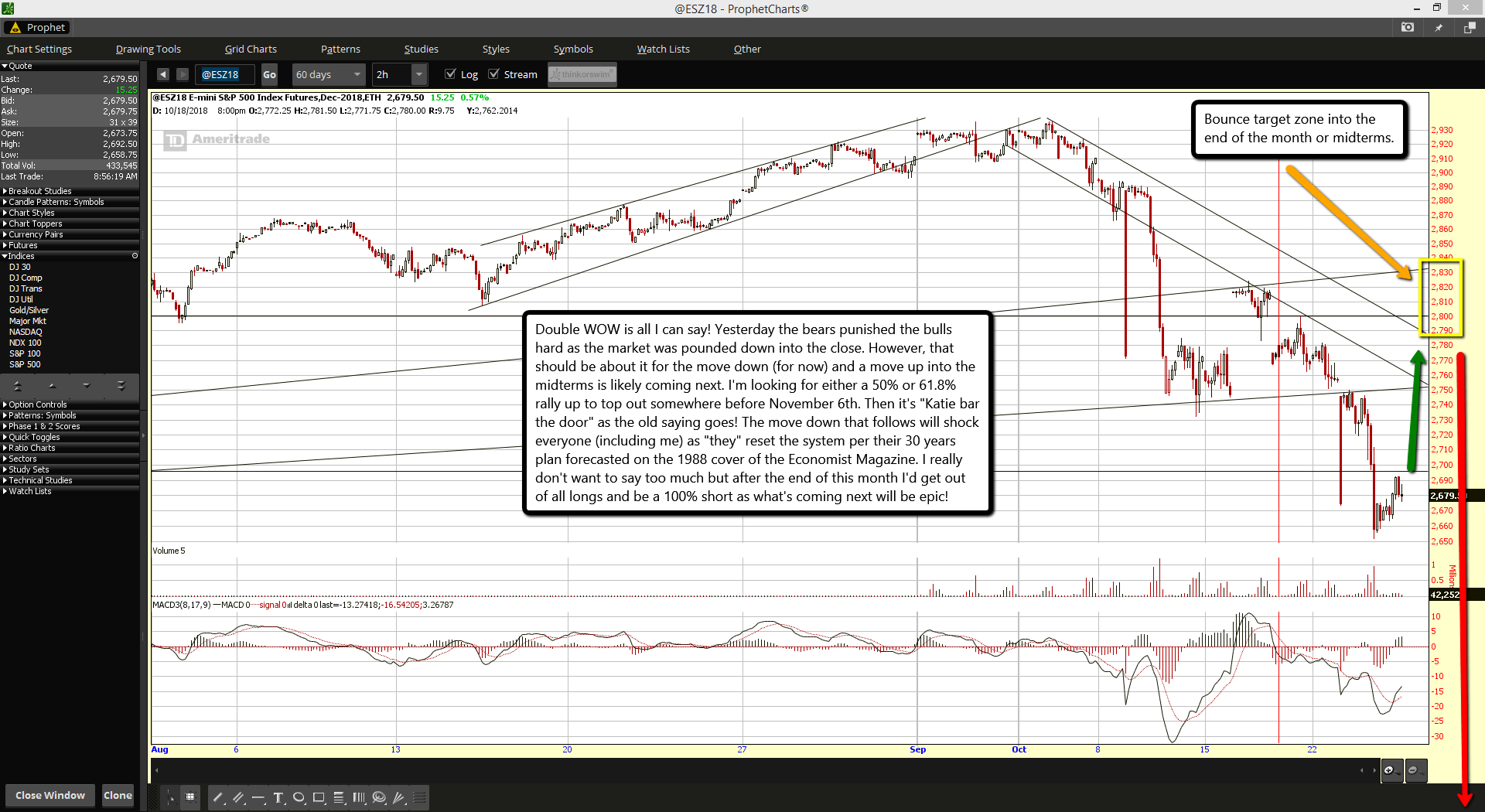 Double WOW is all I can say! Yesterday the bears punished the bulls hard as the market was pounded down into the close. However, that should be about it for the move down (for now) and a move up into the midterms is likely coming next. I'm looking for either a 50% or 61.8% rally up to top out somewhere before November 6th. Then it's "Katie bar the door" as the old saying goes! The move down that follows will shock everyone (including me) as "they" reset the system per their 30 years plan forecasted on the 1988 cover of the Economist Magazine. I really don't want to say too much but after the end of this month I'd get out of all longs and be a 100% short as what's coming next will be epic!