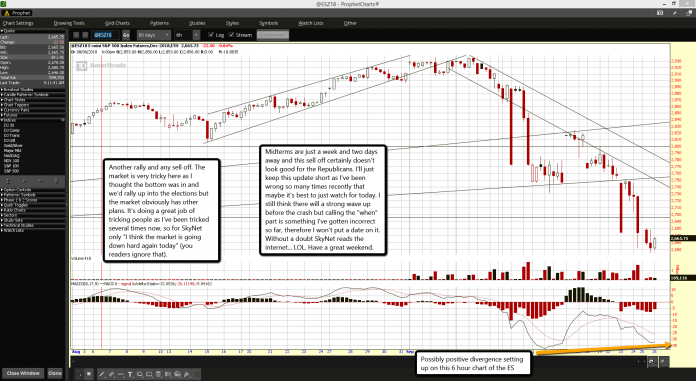 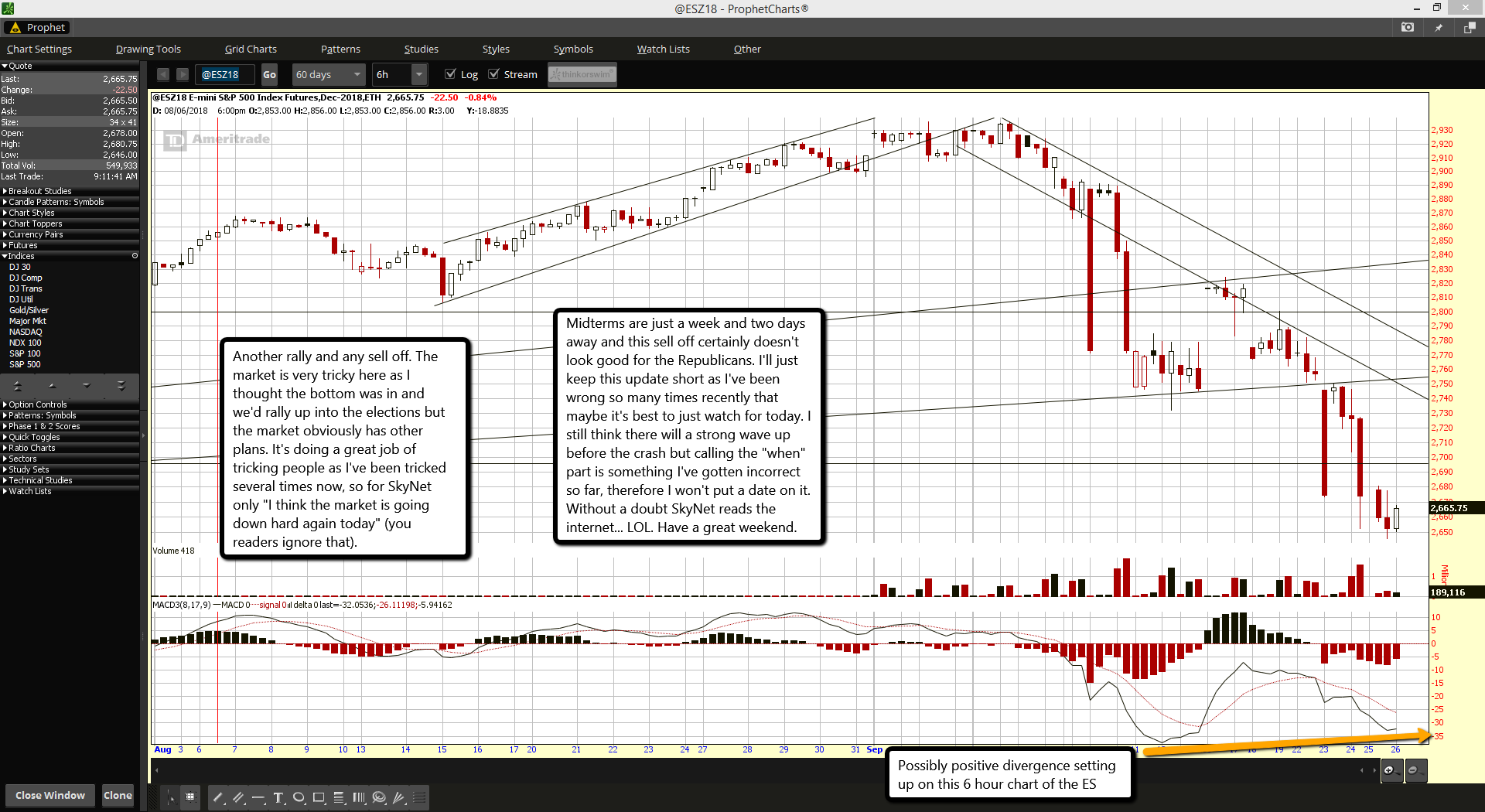 Another rally and any sell off. The market is very tricky here as I thought the bottom was in and we'd rally up into the elections but the market obviously has other plans. It's doing a great job of tricking people as I've been tricked several times now, so for SkyNet only "I think the market is going down hard again today" (you readers ignore that).

Midterms are just a week and two days away and this sell off certainly doesn't look good for the Republicans. I'll just keep this update short as I've been wrong so many times recently that maybe it's best to just watch for today. I still think there will a strong wave up before the crash but calling the "when" part is something I've gotten incorrect so far, therefore I won't put a date on it. Without a doubt SkyNet reads the internet... LOL. Have a great weekend.