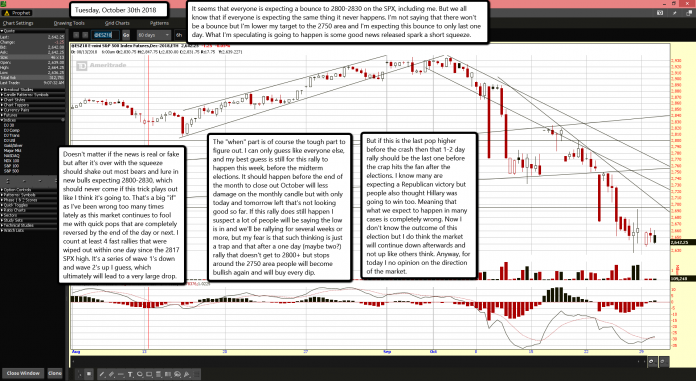 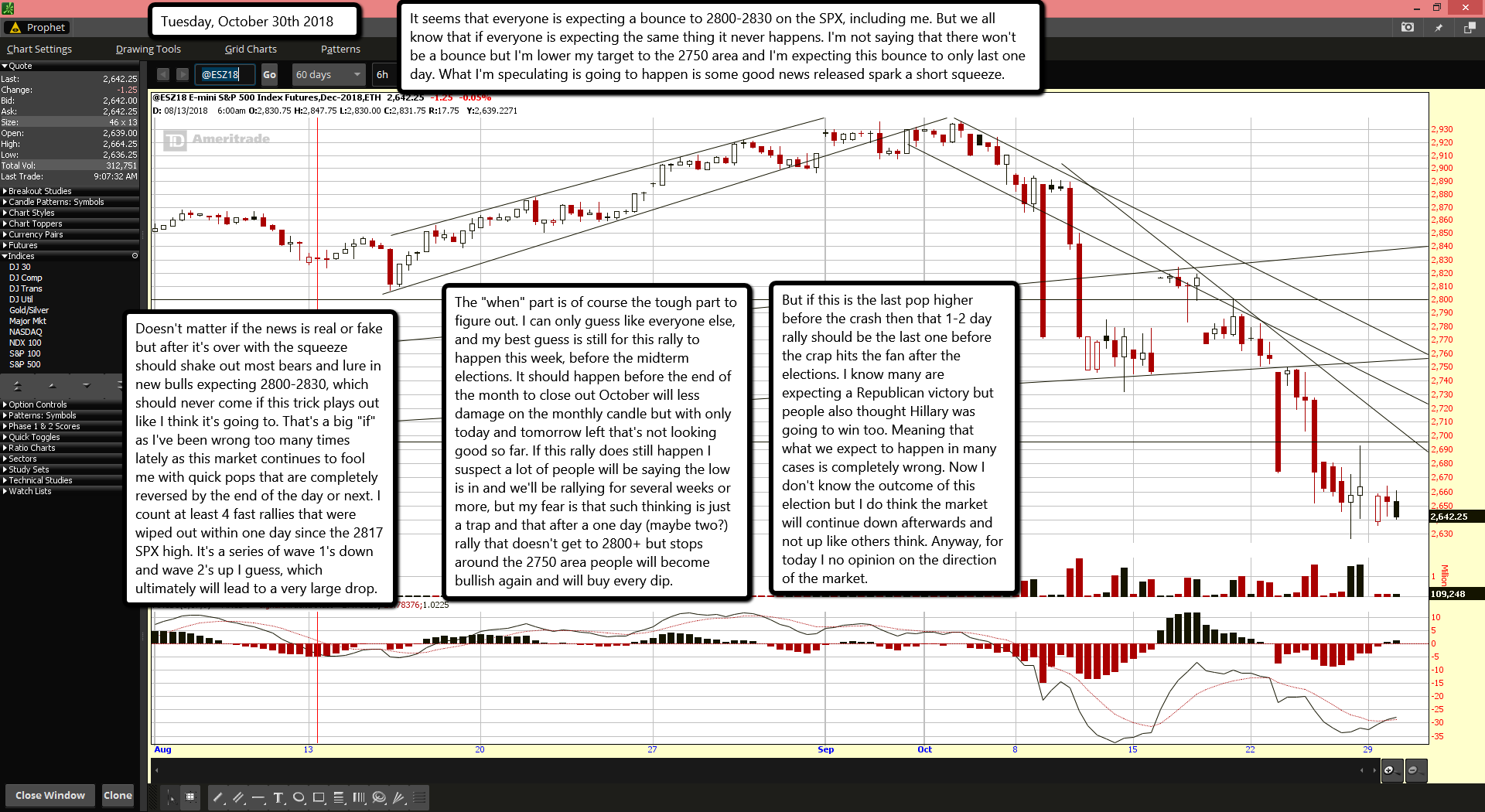 It seems that everyone is expecting a bounce to 2800-2830 on the SPX, including me. But we all know that if everyone is expecting the same thing it never happens. I'm not saying that there won't be a bounce but I'm lower my target to the 2750 area and I'm expecting this bounce to only last one day. What I'm speculating is going to happen is some good news released spark a short squeeze.

Doesn't matter if the news is real or fake but after it's over with the squeeze should shake out most bears and lure in new bulls expecting 2800-2830, which should never come if this trick plays out like I think it's going to. That's a big "if" as I've been wrong too many times lately as this market continues to fool me with quick pops that are completely reversed by the end of the day or next. I count at least 4 fast rallies that were wiped out within one day since the 2817 SPX high. It's a series of wave 1's down and wave 2's up I guess, which ultimately will lead to a very large drop.

The "when" part is of course the tough part to figure out. I can only guess like everyone else, and my best guess is still for this rally to happen this week, before the midterm elections. It should happen before the end of the month to close out October will less damage on the monthly candle but with only today and tomorrow left that's not looking good so far. If this rally does still happen I suspect a lot of people will be saying the low is in and we'll be rallying for several weeks or more, but my fear is that such thinking is just a trap and that after a one day (maybe two?) rally that doesn't get to 2800+ but stops around the 2750 area people will become bullish again and will buy every dip.

But if this is the last pop higher before the crash then that 1-2 day rally should be the last one before the crap hits the fan after the elections. I know many are expecting a Republican victory but people also thought Hillary was going to win too. Meaning that what we expect to happen in many cases is completely wrong. Now I don't know the outcome of this election but I do think the market will continue down afterwards and not up like others think. Anyway, for today I no opinion on the direction of the market.