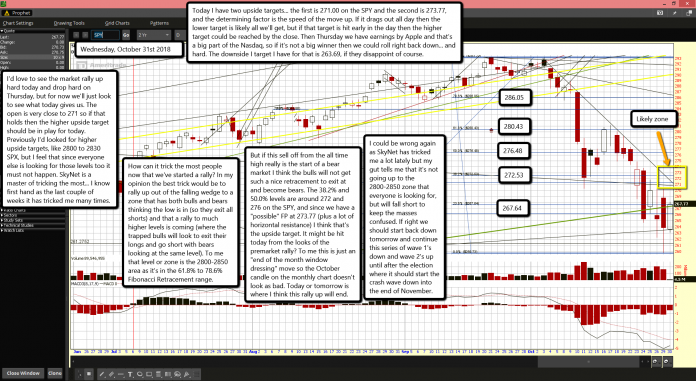 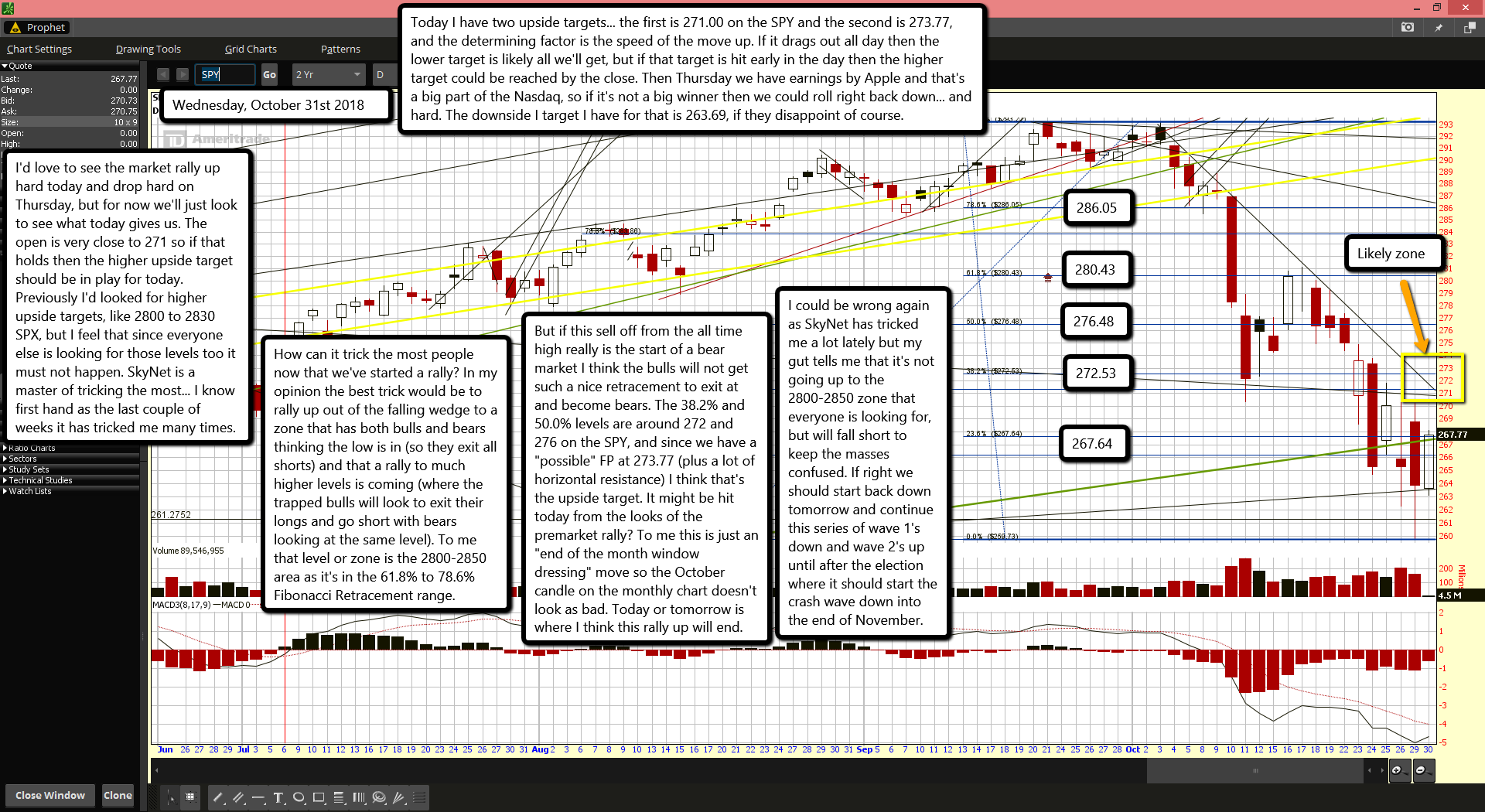 Today I have two upside targets... the first is 271.00 on the SPY and the second is 273.77, and the determining factor is the speed of the move up. If it drags out all day then the lower target is likely all we'll get, but if that target is hit early in the day then the higher target could be reached by the close. Then Thursday we have earnings by Apple and that's a big part of the Nasdaq, so if it's not a big winner then we could roll right back down... and hard. The downside I target I have for that is 263.69, if they disappoint of course.

I'd love to see the market rally up hard today and drop hard on Thursday, but for now we'll just look to see what today gives us. The open is very close to 271 so if that holds then the higher upside target should be in play for today. Previously I'd looked for higher upside targets, like 2800 to 2830 SPX, but I feel that since everyone else is looking for those levels too it must not happen. SkyNet is a master of tricking the most... I know first hand as the last couple of weeks it has tricked me many times.

How can it trick the most people now that we've started a rally? In my opinion the best trick would be to rally up out of the falling wedge to a zone that has both bulls and bears thinking the low is in (so they exit all shorts) and that a rally to much higher levels is coming (where the trapped bulls will look to exit their longs and go short with bears looking at the same level). To me that level or zone is the 2800-2850 area as it's in the 61.8% to 78.6% Fibonacci Retracement range.

But if this sell off from the all time high really is the start of a bear market I think the bulls will not get such a nice retracement to exit at and become bears. The 38.2% and 50.0% levels are around 272 and 276 on the SPY, and since we have a "possible" FP at 273.77 (plus a lot of horizontal resistance) I think that's the upside target. It might be hit today from the looks of the premarket rally? To me this is just an "end of the month window dressing" move so the October candle on the monthly chart doesn't look as bad. Today or tomorrow is where I think this rally up will end.

I could be wrong again as SkyNet has tricked me a lot lately but my gut tells me that it's not going up to the 2800-2850 zone that everyone is looking for, but will fall short to keep the masses confused. If right we should start back down tomorrow and continue this series of wave 1's down and wave 2's up until after the election where it should start the crash wave down into the end of November.