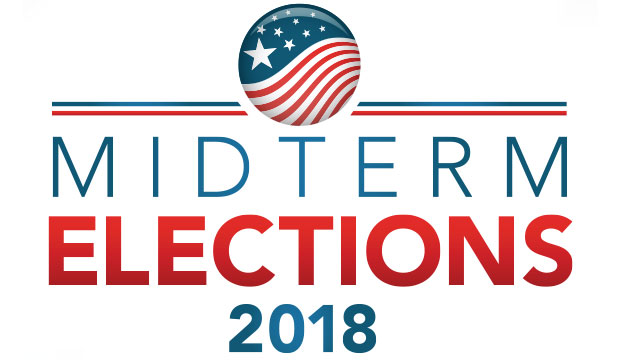 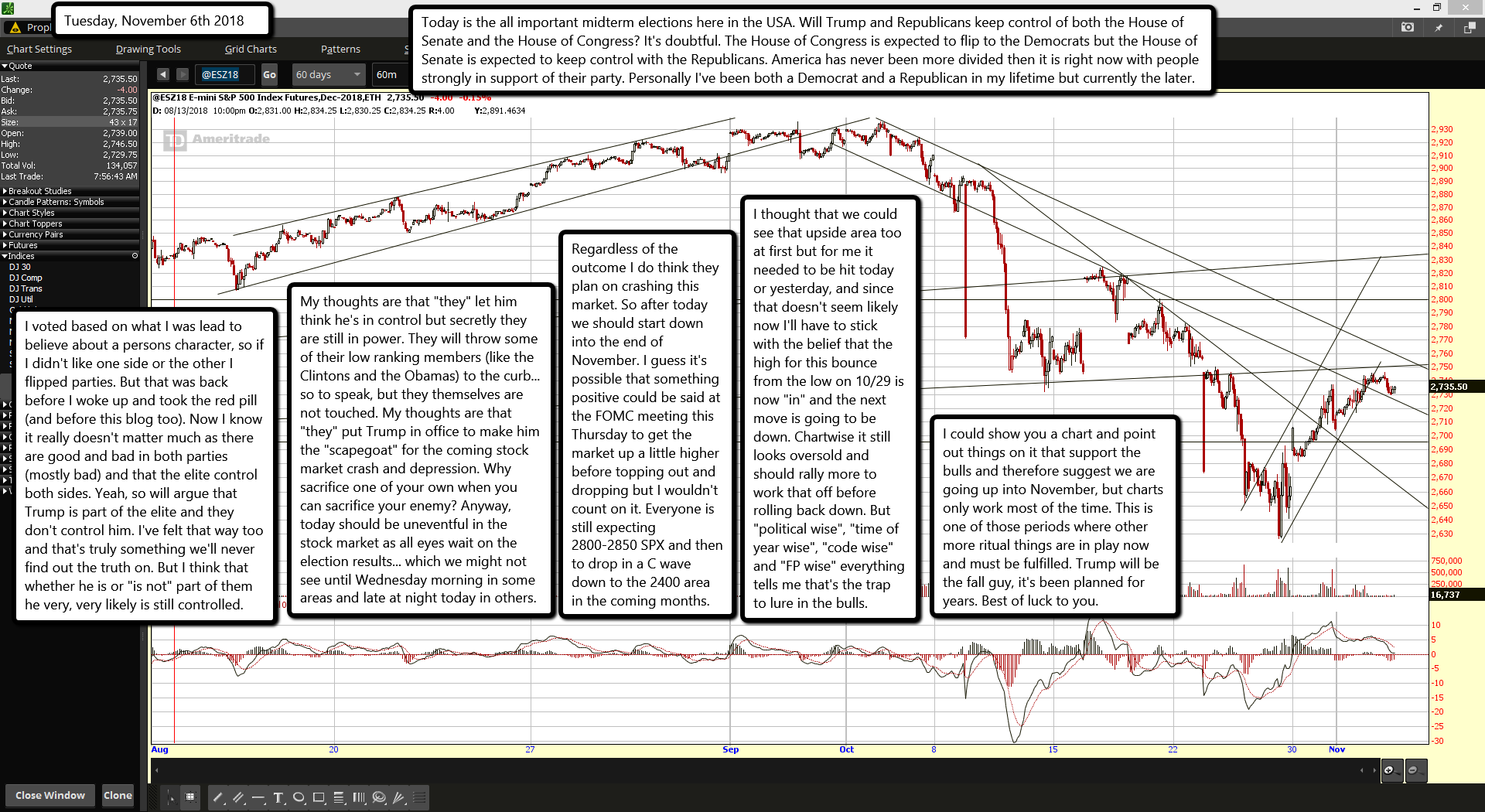 I voted based on what I was lead to believe about a persons character, so if I didn't like one side or the other I flipped parties. But that was back before I woke up and took the red pill (and before this blog too). Now I know it really doesn't matter much as there are good and bad in both parties (mostly bad) and that the elite control both sides. Yeah, so will argue that Trump is part of the elite and they don't control him. I've felt that way too and that's truly something we'll never find out the truth on. But I think that whether he is or "is not" part of them he very, very likely is still controlled.

My thoughts are that "they" let him think he's in control but secretly they are still in power. They will throw some of their low ranking members (like the Clintons and the Obamas) to the curb... so to speak, but they themselves are not touched. My thoughts are that "they" put Trump in office to make him the "scapegoat" for the coming stock market crash and depression. Why sacrifice one of your own when you can sacrifice your enemy? Anyway, today should be uneventful in the stock market as all eyes wait on the election results... which we might not see until Wednesday morning in some areas and late at night today in others.

Regardless of the outcome I do think they plan on crashing this market. So after today we should start down into the end of November. I guess it's possible that something positive could be said at the FOMC meeting this Thursday to get the market up a little higher before topping out and dropping but I wouldn't count on it. Everyone is still expecting 2800-2850 SPX and then to drop in a C wave down to the 2400 area in the coming months.

I thought that we could see that upside area too at first but for me it needed to be hit today or yesterday, and since that doesn't seem likely now I'll have to stick with the belief that the high for this bounce from the low on 10/29 is now "in" and the next move is going to be down. Chartwise it still looks oversold and should rally more to work that off before rolling back down. But "political wise", "time of year wise", "code wise" and "FP wise" everything tells me that's the trap to lure in the bulls.

I could show you a chart and point out things on it that support the bulls and therefore suggest we are going up into November, but charts only work most of the time. This is one of those periods where other more ritual things are in play now and must be fulfilled. Trump will be the fall guy, it's been planned for years. Best of luck to you.