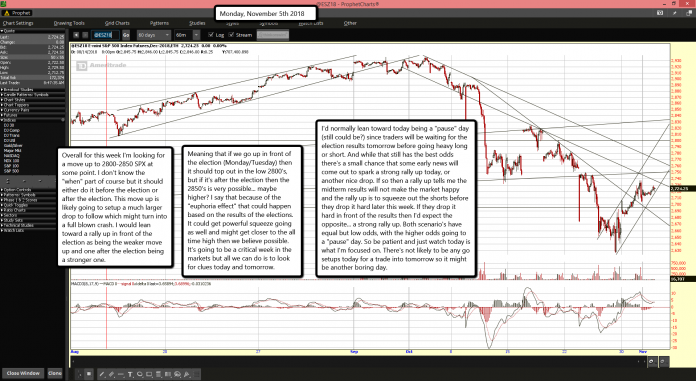 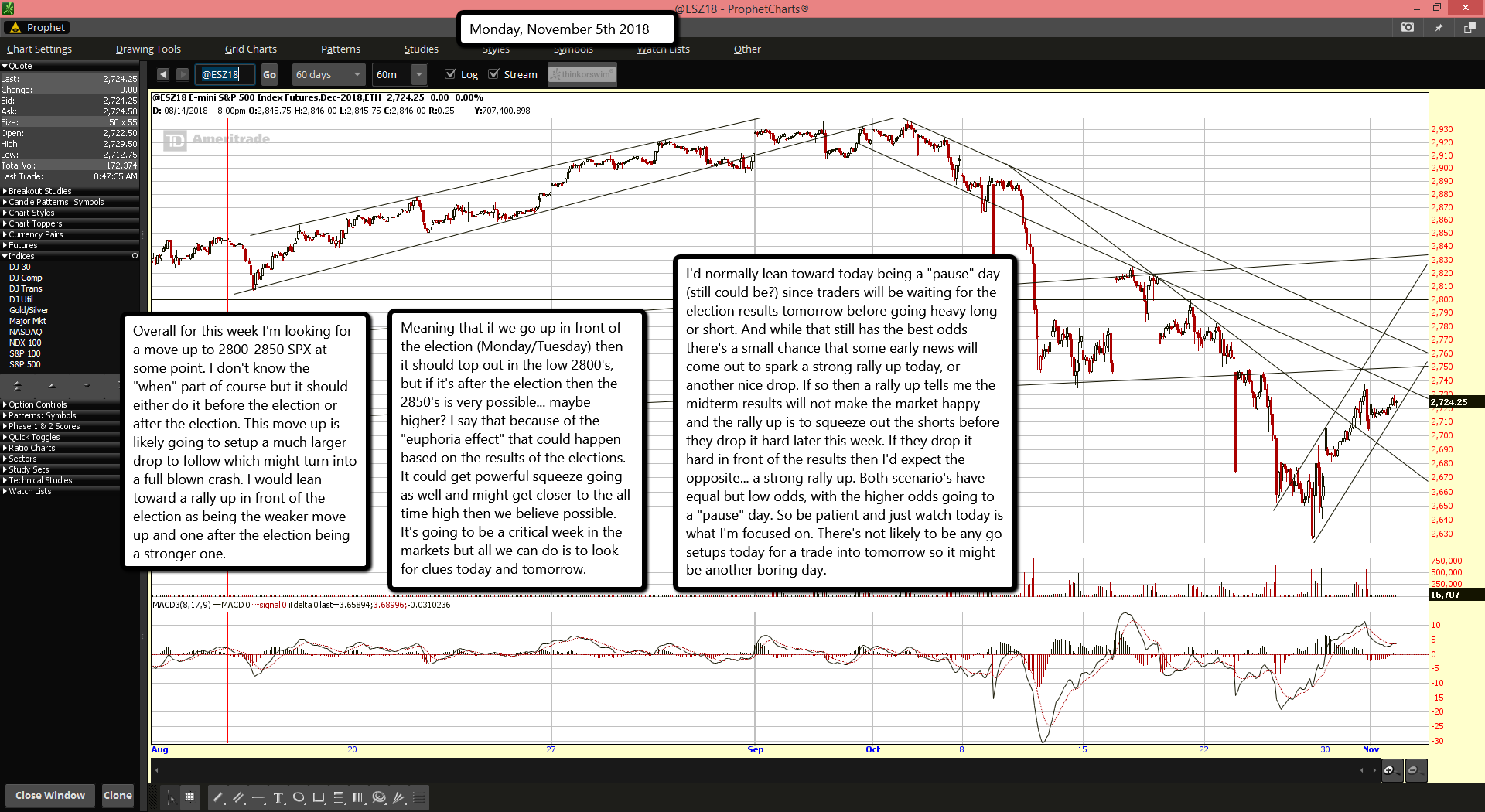 Overall for this week I'm looking for a move up to 2800-2850 SPX at some point. I don't know the "when" part of course but it should either do it before the election or after the election. This move up is likely going to setup a much larger drop to follow which might turn into a full blown crash. I would lean toward a rally up in front of the election as being the weaker move up and one after the election being a stronger one.

Meaning that if we go up in front of the election (Monday/Tuesday) then it should top out in the low 2800's, but if it's after the election then the 2850's is very possible... maybe higher? I say that because of the "euphoria effect" that could happen based on the results of the elections. It could get powerful squeeze going as well and might get closer to the all time high then we believe possible. It's going to be a critical week in the markets but all we can do is to look for clues today and tomorrow.

I'd normally lean toward today being a "pause" day (still could be?) since traders will be waiting for the election results tomorrow before going heavy long or short. And while that still has the best odds there's a small chance that some early news will come out to spark a strong rally up today, or another nice drop. If so then a rally up tells me the midterm results will not make the market happy and the rally up is to squeeze out the shorts before they drop it hard later this week. If they drop it hard in front of the results then I'd expect the opposite... a strong rally up. Both scenario's have equal but low odds, with the higher odds going to a "pause" day. So be patient and just watch today is what I'm focused on. There's not likely to be any go setups today for a trade into tomorrow so it might be another boring day.