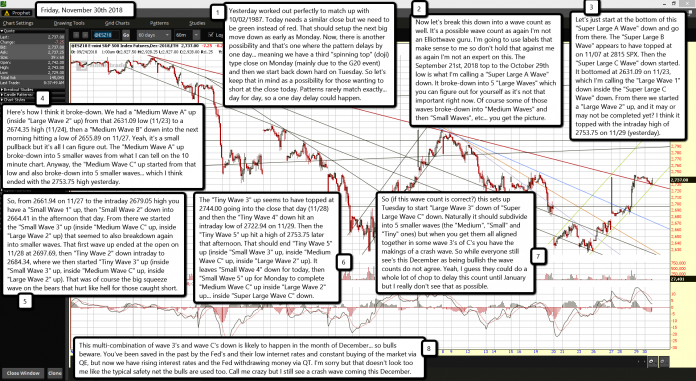 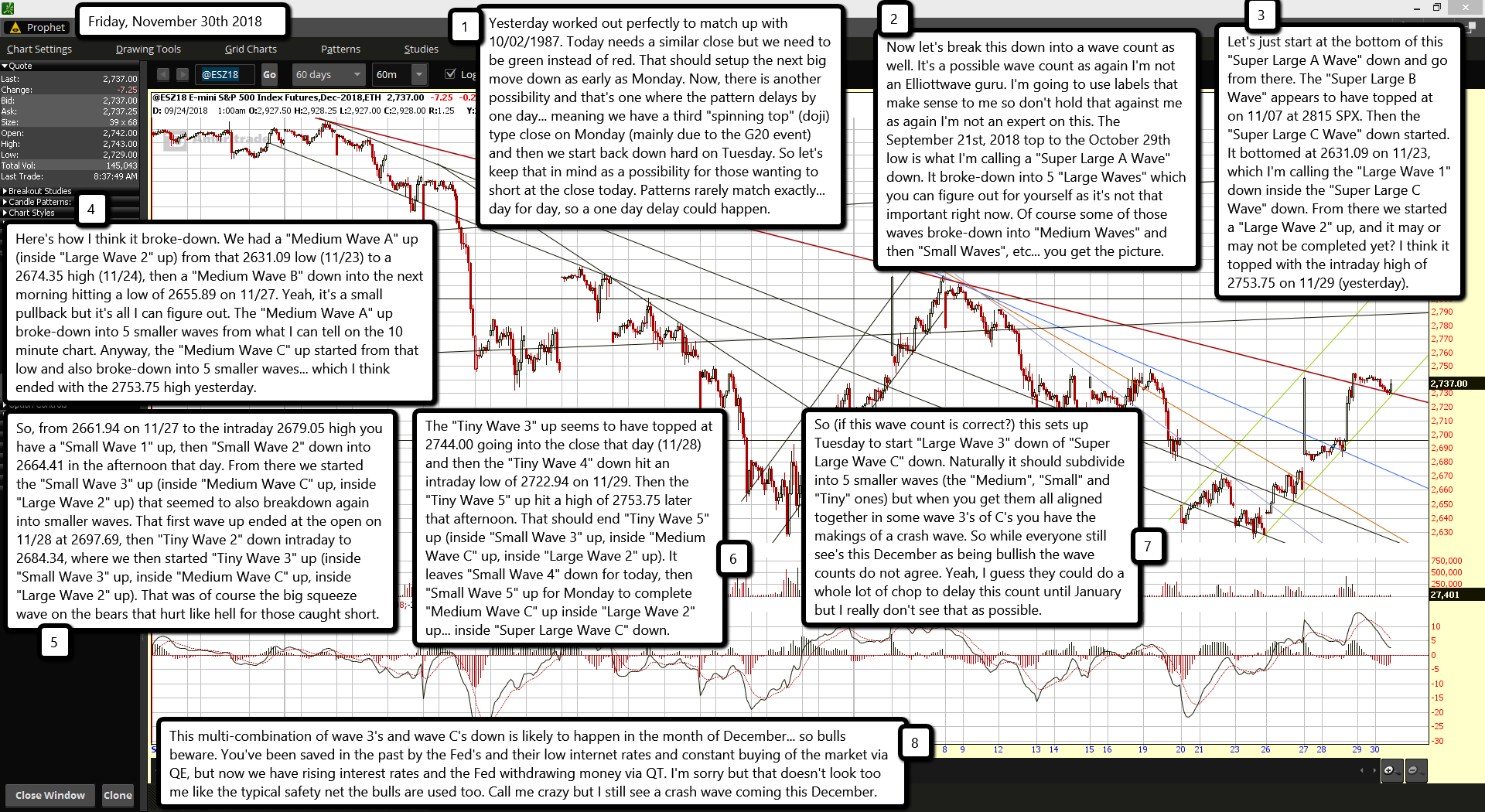 Yesterday worked out perfectly to match up with 10/02/1987. Today needs a similar close but we need to be green instead of red. That should setup the next big move down as early as Monday. Now, there is another possibility and that's one where the pattern delays by one day... meaning we have a third "spinning top" (doji) type close on Monday (mainly due to the G20 event) and then we start back down hard on Tuesday. So let's keep that in mind as a possibility for those wanting to short at the close today. Patterns rarely match exactly... day for day, so a one day delay could happen.

Now let's break this down into a wave count as well. It's a possible wave count as again I'm not an Elliottwave guru. I'm going to use labels that make sense to me so don't hold that against me as again I'm not an expert on this. The September 21st, 2018 top to the October 29th low is what I'm calling a "Super Large A Wave" down. It broke-down into 5 "Large Waves" which you can figure out for yourself as it's not that important right now. Of course some of those waves broke-down into "Medium Waves" and then "Small Waves", etc... you get the picture.

So (if this wave count is correct?) this sets up Tuesday to start "Large Wave 3" down of "Super Large Wave C" down. Naturally it should subdivide into 5 smaller waves (the "Medium", "Small" and "Tiny" ones) but when you get them all aligned together in some wave 3's of C's you have the makings of a crash wave. So while everyone still see's this December as being bullish the wave counts do not agree. Yeah, I guess they could do a whole lot of chop to delay this count until January but I really don't see that as possible.

This multi-combination of wave 3's and wave C's down is likely to happen in the month of December... so bulls beware. You've been saved in the past by the Fed's and their low internet rates and constant buying of the market via QE, but now we have rising interest rates and the Fed withdrawing money via QT. I'm sorry but that doesn't look too me like the typical safety net the bulls are used too. Call me crazy but I still see a crash wave coming this December.